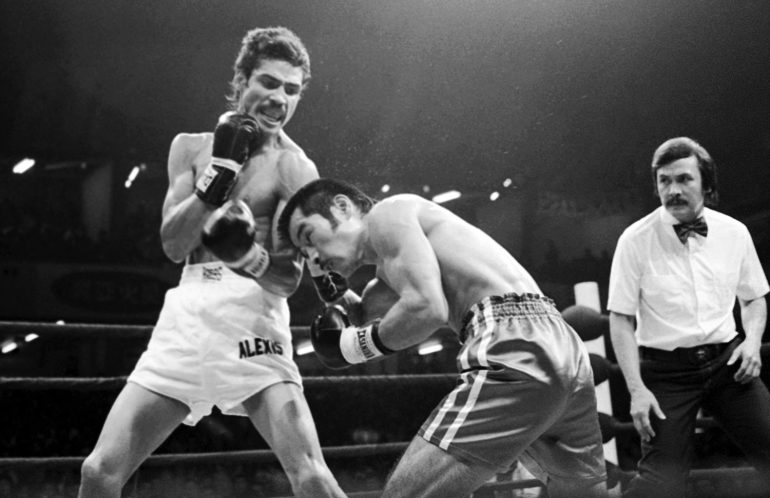 Former 122-pound titleholder Kazuo “Royal” Kobayashi was pronounced dead on November 17 at a hospital in Kumamoto, Japan, however, his death, at the age of 71 after losing a battle with cancer, was not revealed until December 8. 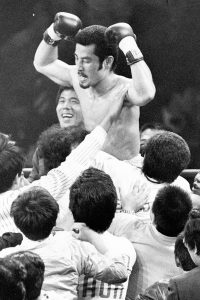 Kobayashi celebrates winning the WBC 122-pound belt by stopping Rigoberto Riasco in 1976. Photo by The Asahi Shimbun via Getty Images

After participating in the 1972 Munich Olympics, Kobayashi turned professional in 1973. With an exceptional punching power, he scored 11 consecutive KOs following his second pro bout and acquired the nickname of “KO maker”.

On October 9, 1976, he won the WBC super bantamweight title with an eighth-round stoppage of Panamanian Rigoberto Riasco. Kobayashi was regarded as a savior in the Japanese boxing world at a time when the nation had no major world titleholders.

His reign did not last long, as he lost his title to Korea’s excellent Dong Kyun Yum via majority decision in Seoul just 46 days after winning it. However, his career is defined by his bold stands against the greatest featherweights of his era. Kobayashi challenged Alexis Arguello, Wilfredo Gomez and Eusebio Pedroza, all of whom would later be inducted into the International Boxing Hall of Fame, in losing efforts.

After retiring in 1981 with an excellent record of 35-8 (27 KOs), Kobayashi worked as a trainer at the Yokohama Hikari Gym and then returned to his hometown of Kumamoto more than ten years ago.