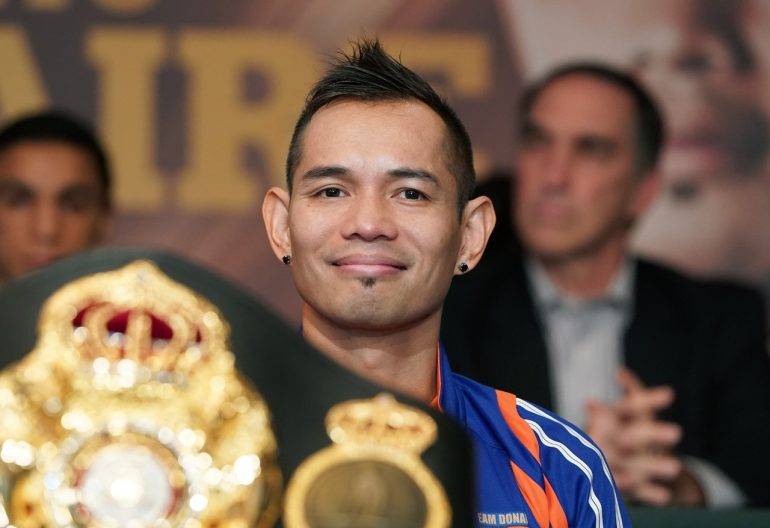 Covid-19 has struck again, and Nonito Donaire Jr. is now out of a world title fight.

The four-division champion has reportedly withdrawn from his December 19 fight against Emmanuel Rodriguez, which was scheduled to headline a Showtime Championship Boxing card live from the Mohegan Sun Casino in Uncasville, Conn. The fight, which was to be contested for the vacant WBC bantamweight title, has now seen both of the original opponents withdraw from the bout.

Nordine Oubaali, who has been relegated to “champion in recess,” status, was originally supposed to make a mandatory defense against Donaire, before withdrawing from the fight due to Covid-19, according to a Premier Boxing Champions press release. The Athletic and BoxingScene both reported that the reason for Donaire’s withdrawal was a positive test Covid-19.

Neither Rodriguez nor Donaire have fought since sustaining losses to Naoya Inoue last year in the World Boxing Super Series.

A call to Rachel Donaire, the wife of Nonito, was not returned by the time of this story’s publication. A Showtime source says the report “appears to be true” and that a new main event is being considered for the date.

BoxingScene’s Keith Idec reported that Reymart Gaballo (23-0, 20 knockouts) may step in as a replacement to fight the former IBF bantamweight titleholder Rodriguez (19-1, 12 KOs). A source with Gaballo’s team tells The Ring, “nothing final yet” about Gaballo stepping in to take that assignment.

Gaballo, 24, of Polomolok, Philippines is currently scheduled to face Jose Velasquez (28-6-2, 19 KOs) on the card. The Filipino knockout artist is trained by Osmiri “Moro” Fernandez in Miami, Fla.