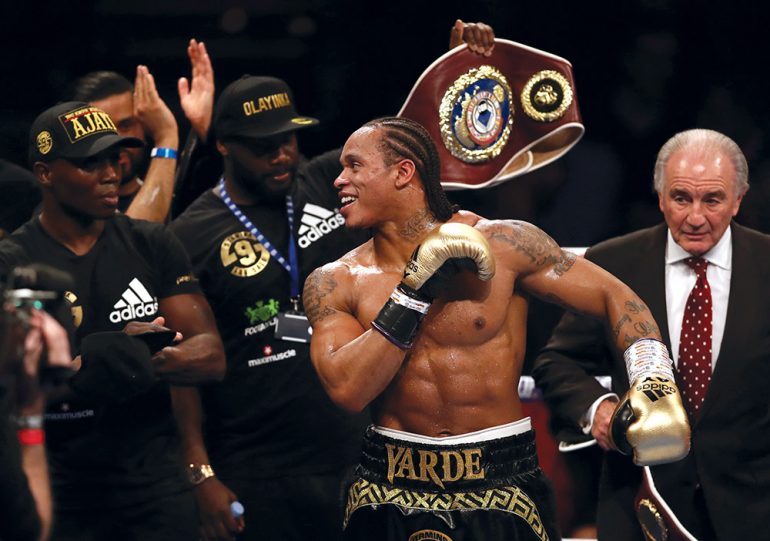 Anthony Yarde takes on one of his big domestic rivals this week but already many are speculating on who or what will come next.

He meets 17-0 Lyndon Arthur on Saturday with the winner likely to be closing in on a 2021 world title shot.

Both fighters defeated Dec Spelman in their last fight as they’ve built to this and Yarde believes he is ready to take his career to the next level.

“I feel good,” he said. “The label behind it doesn’t really matter to me. It’s just another fight and each fight is as important as the other. Preparation has been the same. I’ve been pushing myself as much as I can, getting better and I’m going to put in the best performance I can.”

Yarde, who is rated No. 9 by The Ring at 175 pounds, has a star quality about him that means people want to see him in big fights, sooner rather than later.

“That’s how I want to keep it,” he added. “It’s all about getting to that next stage, getting on pay-per-view, broadening my name, becoming a bigger name than I am already and [to] keep putting on good performances.”

So, if people keep talking about the likes of Joshua Buatsi and Callum Johnson, what of Arthur, whom Yarde must beat before returning to the next level?

“I haven’t seen too much of him, if I’m honest,” added Yarde. “I’ve seen his record and I can only go by his last two performances because the rest of his performances weren’t really televised. He had a strong amateur pedigree, he’s been fighting with no headguards for a long time because he was in the WSB (World Series of Boxing), so he’s experienced. He’s going to come to win because it’s a life-changing fight for him but I just want to come in on another level and, for me, it’s about looking as good as I can and getting the victory in impressive fashion.”

Of course, Yarde has stepped up to world level before. He was stopped in Russia, his only loss in 21 fights, by Sergey Kovalev but rather than a loss, he sees it as a lesson.

“Most definitely,” he explained. “Even when I’m sparring after having that fight there are things I’ve learned from him. I’ve learned things from each of my opponents so far and what I took from that fight and the things he was doing… it’s about experience. I feel I’ve still got the beating of Kovalev. It’s just the circumstances of me being in Russia, of me feeling that I had to win that fight by knockout in order to get the victory but you learn from the mistakes.”

It’s also given him the taste of being on the big stage, which is where the 29-year-old wants to spend the rest of his career.

“Definitely, because that’s the goal going into boxing,” he continued. “It’s to get onto the biggest stage, eventually become pay-per-view and be a star in boxing but at the same time, I’ve always said this, I’m very grounded and I like to think logically. That means each fight is just as important as the other, so I only focus on one fight at a time. Whatever fight is put in front of me, when a fight gets arranged and dealt with, that’s my only focus. Then, after that fight, we move onto the next one.” 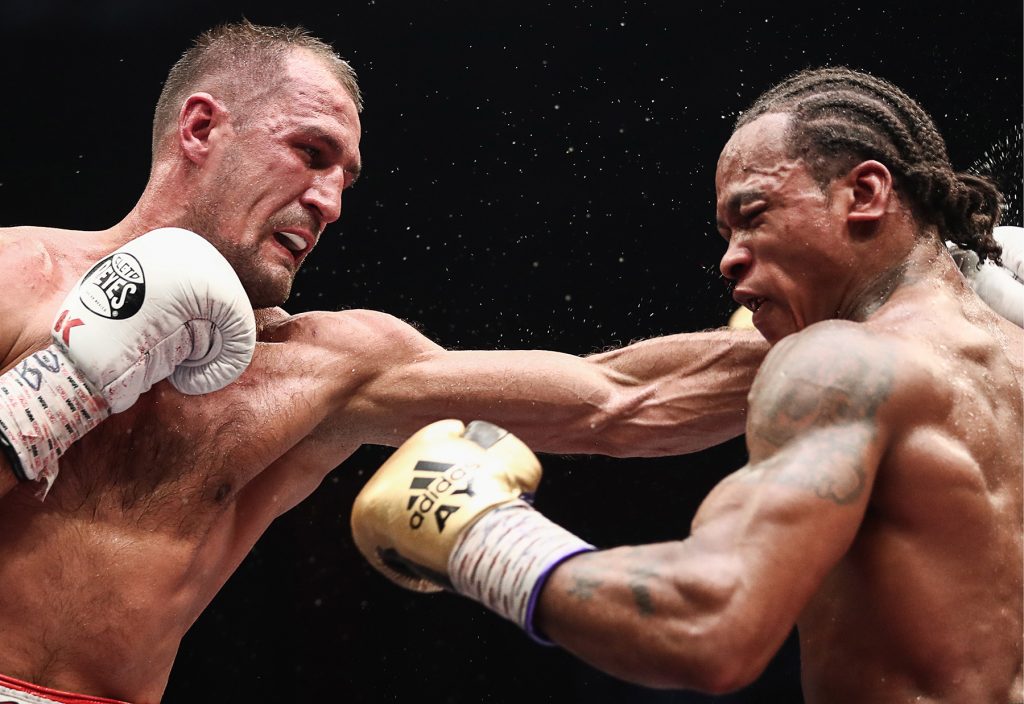 Yarde at war with Kovalev. Photo by Valery Sharifulin-TASS via Getty-Images

There have been critics along the way, as there always are in this sport. Even having faced Kovalev, those detractors now simply have moved on from saying he was untested to now he’s found his level.

“Yes and no,” he said when asked whether he’s got more respect from the online community since that gruelling Russian assignment. “In terms of the people that were saying it was cherry-picking or fighting easy opponents or whatever [at the start of his career], I’ve never really paid attention to them anyway. They’re the kind of people that are saying, ‘Okay, respect to you, but you still didn’t win it.’ There’s always going to be critics in boxing, that’s why I’ve never paid attention to them, because half of them wouldn’t have the balls to try to do what I do. I focus on the positives and I keep trying to elevate, not only in boxing but in life.”

The vociferous online community has often targeted Yarde’s trainer Tunde Ajayi. There have been calls for a change at the top of the team but Yarde insists nothing will change as he takes aim at the big fights.

“Absolutely not,” he said when asked if he’d considered a trainer change in light of criticism. “My team is my team. Tunde is the head trainer and we’re a team that’s learning and growing together. Some people pay attention to a moment but that only lasts a split second. We are on a journey and the journey is what really matters; the growth, the grind, rising together and in the end that’s what means the most. That’s what claims the biggest part. It’s the growth.”

One of the reasons Ajayi has been thrown under the bus is because there’s a common misconception that Yarde doesn’t spar. He does, and Ajayi brings in the sparring partners and supervises the sessions but the idea is to protect Yarde’s brain from excessive wear and tear in the gym.

“And that’s an agreement we have,” Yarde added. “I just don’t believe in having spars consistently where it’s like a hard fight, or you’re leaving spars with a headache… I just don’t believe in all that stuff. I spar very good people. I won’t name names but ABA champions, British champions, former British champions, I spar good people, it’s just not something I really speak about. But it wouldn’t be twice a week or every week. Sometimes we practise and then every so often we have a challenging spar that sometimes ends up being not so challenging. Again, it’s about learning but at a steady pace and not rushing it and leaving the spar with no brain cells.”

Regardless, Yarde is convinced that they will get to where they need to go and he’s in no rush. Maybe it’s his relaxed demeanour and patience that infuriates fans who call for him to fight blockbusters on a regular basis.

“I’m one of those people who will take one thing at a time,” Yarde added. “The goal is to eventually become world champion, keep the world title, unify it and then keep progressing with my career. I don’t really say, ‘This is exactly what I’m going to do,’ because even before the Kovalev fight, if you’d asked me at the beginning of that year, ‘am I going to be fighting for a world title and who’s it going to be against’ I’d have said ‘probably not and I don’t know.’ But if Canelo came and said he wanted to face me next I would take that in a split second. I would take that fight. It’s about risk and reward and it’s about the actual fight and the timing. I don’t look too far forward. I’ve just got to keep doing my job bit by bit and those fights are going to happen inevitably anyway.”

The very mention of Canelo shows where Yarde’s ambition lies. When Yarde came up in a list of possible Canelo foes, he licked his lips.

“They did an interview and they mentioned my name in the interview amongst other names as options,” smiled Yarde. “I heard that and I said, ‘Absolutely’. I got quite excited about it. This was after he fought Kovalev. It showed me the level I’m at worldwide, my name’s being spoken about with the best.”

Yarde-Arthur plus undercard action will be broadcast live on BT Sport in the U.K. and ESPN+ in the U.S.