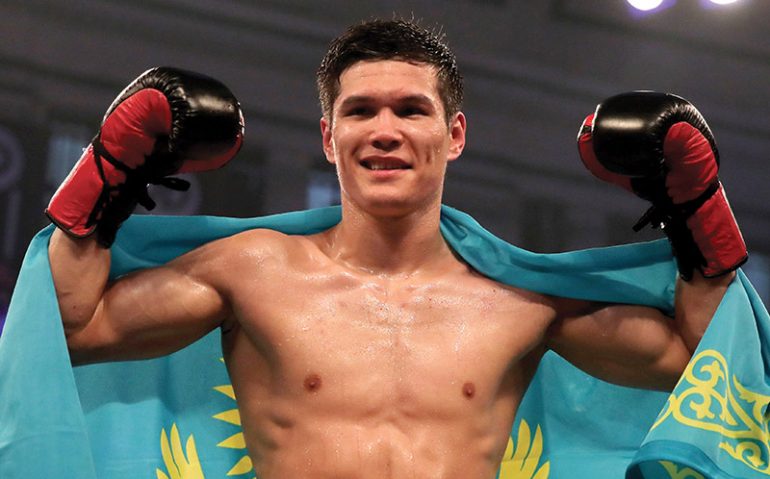 Daniyar Yeleussinov stopped Julius Indongo at 1:23 of the second round Friday night at the Seminole Hard Rock Hotel and Casino, in Hollywood, Florida, as the chief support to the super middleweight contest featuring former middleweight champion Daniel Jacobs taking on Gabriel Rosado.

Yeleussinov (10-0, 6 knockouts) knocked down Indongo twice in the scheduled 10-rounder, before the former junior welterweight titlist quit in the second round.

Yeleussinov’s victory comes less than a day after Indongo claimed “Kazakh Thunder” would be easy work. Yeleussinov, a 2016 Olympic gold medalist, was anything but easy.

The speed difference was evident from the onset when Yeleussinov knocked Indongo (23-3, 12 KOs) off balance with a left hand. Moments later, the 29-year-old floored Indongo with a left hook.

“I’m happy (with the performance),” Yeleussinov said. “He said I was easy work for him, but I told him I was a tough guy. I’m one of the best welterweights in the division.”

In round two, a clean left hand from Yeleussinov discombobulated Indongo as he awkwardly tumbled to the canvas. Indongo then indicated to referee Chris Young that he was unwilling to continue.

The official time was 1:23 of round two.