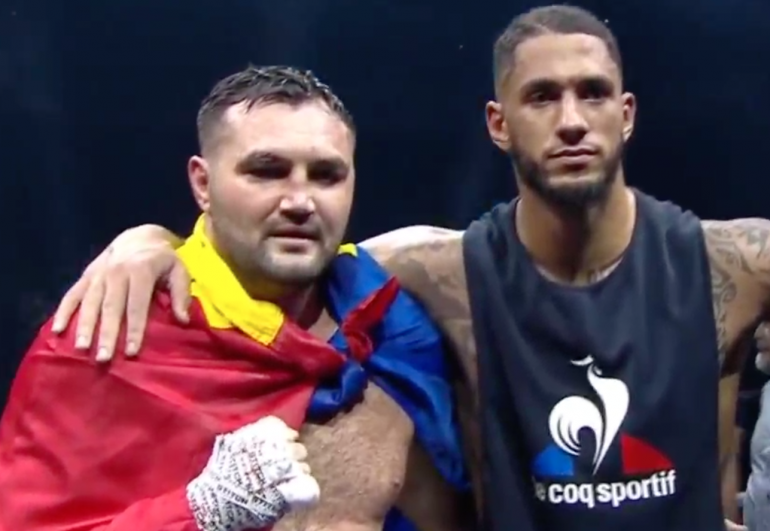 Tony Yoka was extended to the ten round distance for the first time Friday, November 27, but managed to get the better of Christian Hammer en route to a unanimous decision win at the H Arena in Nantes, France.

All three judges scored it a shutout – 100-89 – for the 2016 Olympic super heavyweight gold medalist Yoka (9-0, 7 knockouts), who hears the scorecards for the first time since he went six rounds with Jonathan Rice in his second pro fight in 2017.

Hammer (25-8, 15 KOs) has only been stopped two times since losing his pro debut due to an injury, with Mariusz Wach and current heavyweight champion Tyson Fury achieving that, while hard punchers like Luis Ortiz and Alexander Povetkin also went the distance with Hammer.

The bout was often rough and physical, the way the rugged Hammer had hoped it’d be. Hammer, who was nearly 20 pounds heavier (258 3/4 pounds to 239¼ pounds), leaned on the 6-foot-7 Yoka to try to wear him down. When they stood at center ring, Yoka’s superior technique and speed allowed him to land cleanly, while the shorter Hammer chopped and pushed his punches out.

Hammer, a Romanian who resides in Hamburg, Germany, suffered a cut above his right eye after an accidental headbutt in round two, and lost a point for hitting on the break in round six. Yoka of Paris began to pick up the pace in round 7, finding the opening around Hammer’s guard with an overhand right which drove Hammer into the ropes, before uncorking a right uppercut.

Yoka, who is co-signed with Top Rank and French promoter Jerome Abiteboul, had not gone past the third round in his previous three bouts.

Yoka wasn’t the only Olympic gold medalist – or member of his household – to register a win on Friday. Estelle Mossely, the wife of Yoka, held off a tougher than expected challenge from late replacement Emma Gongora (0-2) of Marseille, France to win an eight round unanimous decision.

All three judges scored the fight 80-72 in favor of Mossely (8-0, 1 KO), who was fighting for the second time in two months, after giving birth to their second child in May. Mossely, 28, of Bagnolet, France won the lightweight gold at both the 2016 Olympics and World Championships.

The card was broadcast live in the United States on ESPN+.