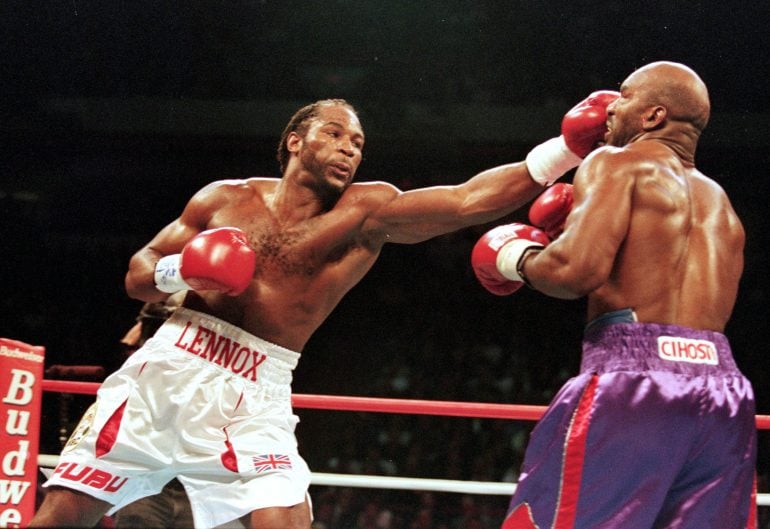 Former undisputed heavyweight champion of the world Lennox Lewis had many qualities inside the prize ring. The amiable Londoner was quick, powerful, athletic and highly skilled, and those attributes helped him post career-defining triumphs over Evander Holyfield, Mike Tyson, David Tua, Razor Ruddock, Hasim Rahman, Oliver McCall, Vitali Klitschko and many others.

However, Lewis, unlike Tyson for example, was a guarded personality. Oftentimes it was as difficult for a reporter to drag copy out of him as it was for an opponent to land a punch. That was by design. Lewis was all about positivity, and if the media elected to put a negative spin on his mission to be the best, then he didn’t want to hear it. So, what prompted the former champion to open up in the new documentary Lennox Lewis: The Untold Story?

“I realized that there was a lot of documentaries out there and it’s important for me to have my own because people don’t know anything,” Lewis told The Ring. “They looked at me like an enigma, that was part of my life, and I thought it would be great to do this now and give fans a brief rendition of my life and career.

“When I look at the documentary, I just think, ‘What a journey!’ And I’m happy that I’ve shared that journey with people that didn’t know about it. I’ve spoken to a lot of people [who have seen the documentary], and many of them were surprised with some of the things that went on in my life. I’m happy that they can finally see who I was.”

While Lewis is never associated with the type of poverty stricken upbringings that helped mold some other fighters, he did not have it easy. The future champ grew up in a rough area of East London, he came from a broken home, and he experience a lot of violence on the streets. Those tough times unquestionably helped groom the Hall of Fame fighter that he was to become.

Turning professional after capturing Olympic super heavyweight gold in Seoul 1988, Lewis enjoyed incredible success throughout a 14-year career. He defeated every man he ever faced, avenging defeats to Oliver McCall and Hasim Rahman, and established himself as the greatest heavyweight of his generation. He retired as champion with a record of 41-2-1 (32 knockouts).

However, despite the decorated and history-making career, Lewis, much like his championship predecessor Larry Holmes, had to wait years before his accomplishments were truly appreciated.

“Well, Holmes and I are different people,” countered Lewis. “He was more outspoken and, in a sense, when you’re outspoken like that, your own people can go against you. That was due to the American way of life at the time, and the history of America.

“But I do agree that we were both appreciated more after our careers were over. One of my sayings was, ‘I’m like fine wine; I get better with time.’ I said that for a reason, and I definitely think that I’m appreciated more now.” 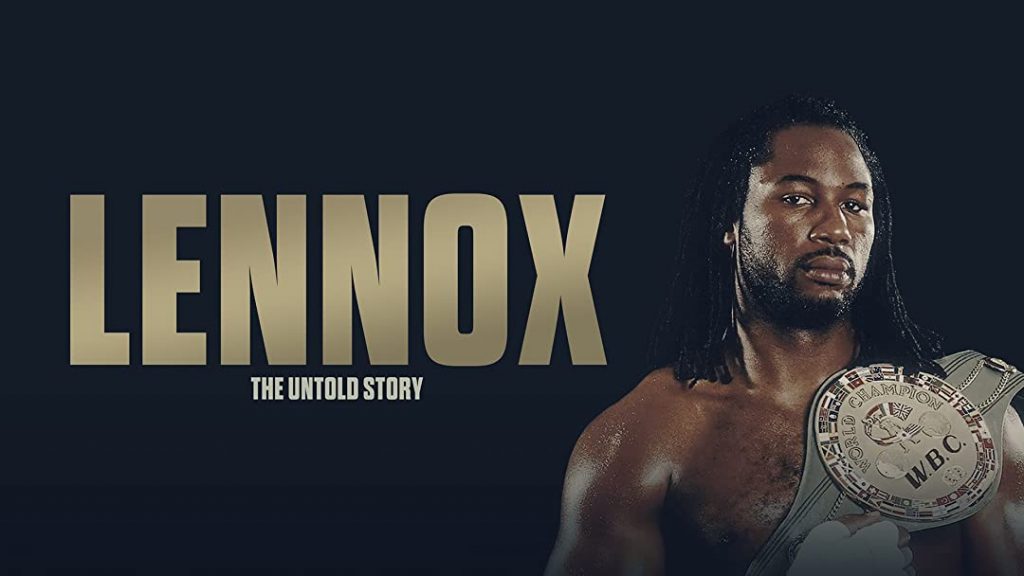 One of the highlights of the documentary is revisiting the incredible chemistry between Lewis and Emanuel Steward. The legendary Detroit coach worked wonders when they hooked up following the Englishman’s second-round stoppage defeat to McCall in 1994. It was Steward who orchestrated Lewis’ downfall, and the beaten fighter hired him almost immediately.

“Look at how many people he helped, how many champions he created,” said Lewis when asked about his late mentor. “He was an unbelievable man, a great trainer, a father-figure. Not only did he train you; he cared about you, he would cook for you, he would give you confidence. There was so much to this man, but he was part of my life and I’m happy that he was.

“When I met [friend and documentary narrator Dr.] Dre, I told him that it would be difficult for me to open up on some things. He said that it was hard for him when they did his documentary but that I should do it. It’s always hard to open up, especially when you’re shielded and you’ve built up a defense.”

And what will this new documentary teach boxing fans who weren’t lucky enough to be on the Lewis express as it flew through the heavyweight ranks in the 1990s and early 2000s.

“You’ll learn that you can do it your way,” said Lewis in earnest. “Mentally you have to stay focused and be strong; it doesn’t matter what gets in your way. Look at a negative as a learning experience and work hard to make sure that it doesn’t happen again. Anything you want to achieve in life you can, and you can do it honestly and respectfully. It doesn’t matter if you’re poor or if you come from a broken family, it’s all down to you and anything is possible.”

Lewis works diligently with his own League of Champions foundation and contributes tirelessly to a variety of different charities. Earlier this year, the former champion also partnered up with Dr Tobias to promote a new vitamin line.

In the U.K. Lennox: The Untold Story is out now on digital and on DVD. Head to www.lennox.film for info.