Alamodome to host Canelo Alvarez vs. Callum Smith on December 19 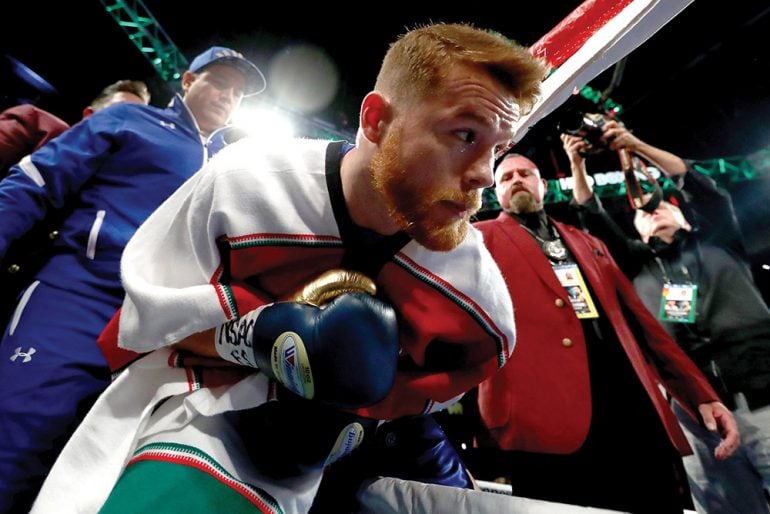 The Canelo Alvarez vs. Callum Smith bout officially has a venue.

The WBA/RING super middleweight championship bout will take place at the Alamodome in San Antonio, Texas, Matchroom Boxing announced Friday. The fight will take place on December 19, and will air live on DAZN in the United States.

This will be the second event to be held at the 64,000-seat indoor domed arena since the Covid-19 pandemic altered the sporting landscape across the world. Gervonta Davis vs. Leo Santa Cruz was held there on October 31. ESPN reports that over 9,000 fans were in attendance, with capacity dramatically scaled down to promote social distancing.

Ticket prices and other info will be made available next week, according to the announcement.

Alvarez (53-1-2, 36 knockouts) is fighting for the first time since reaching an agreement to split with long-time promoter Golden Boy Promotions. The Guadalajara, Mexico native is simultaneously The Ring’s middleweight and pound for pound champion, while also being rated no. 4 at 168 pounds. He last fought in November of 2019, knocking out Sergey Kovalev to win the WBO light heavyweight belt.

“I am thrilled to be back at the Alamodome and very thankful to be fighting in front of my fans on December 19,” said Canelo. “I have great memories of my previous bouts in Texas, and I expect this to be a special fight to close out the year.”

“It’s a fight that deserves to be witnessed in the flesh and those fans that snap up the hottest ticket in town next week will be in for a brilliant night of action,” said Matchroom Boxing managing director Eddie Hearn.

Alvarez has fought once before at the Alamodome, winning a unanimous decision over Austin Trout in 2013.

Other notable fights to take place at the Alamodome include Pernell Whitaker vs. Julio Cesar Chavez, Oscar de la Hoya vs. David Kamau and Manny Pacquiao vs. Marco Antonio Barrera I.