William Zepeda: Roberto Ramirez is not a guy you want to underestimate 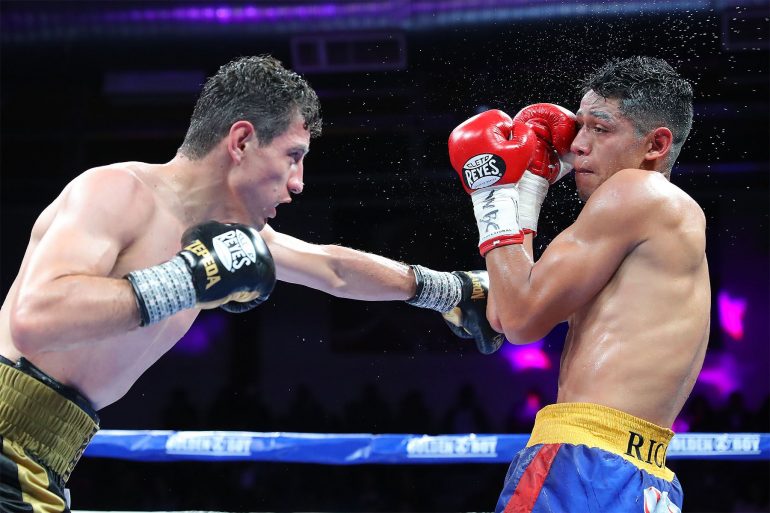 Mexican lightweight prospect William Zepeda is coming to the United States, where he will face his most formidable opponent to date.

The unbeaten Zepeda will make his U.S. debut against the 6-foot tall Roberto Ramirez on Thursday when Golden Boy Promotions returns to the Fantasy Springs Resort Casino in Indio, California.

The scheduled 10-round contest will serve as the chief support to the NBC Sports-televised main event featuring junior lightweights O’Shaquie Foster and Miguel Roman.

“I’m very happy to be returning to the ring, especially in the United States where I will make my professional debut,” Zepeda said through an interpreter. “I will be facing a very sturdy opponent in Roberto Ramirez.”

“Ramirez is a very strong fighter, and he has a lot of power,” he said. “He is also very tall, but our combination of skills is going to equal an excellent fight.

“After analyzing his record and his fights, Ramirez is not a guy you want to underestimate. We’re working to fight the best.”

When asked if he believed that he held an advantage over his opponent, Zepeda was candid.

“I truly feel that this is a 50-50 fight,” he admitted. “We are both coming to win, and we are both trying to get bigger fights.

“I was more than happy to accept this fight with Ramirez because this is my opportunity to show the world who Camarón Zepeda is.”

Zepeda last fought on March 7, when he stopped Columbia’s Brayam Rico in the sixth round of a scheduled 10-round affair. Although he fought on four occasions a year ago, the COVID-19 pandemic forced his schedule to be sliced in half in 2020.

However, the extra break has been beneficial for the future star.

“I took advantage of the extra time to continue my training and to refine some of my skills in case we received an opportunity.”

And the opportunity that arrived just happened to be one that removed one item from his boxing bucket list.

Zepeda told The Ring back in June that one of his dreams was to fight in the U.S. Now, not only will he fight in the States, he will also fight in the penultimate bout to the main event on NBC Sports Network.

“I’m very excited and happy for this opportunity, but, more importantly, the fans deserve to see great fights.”

In five years, Zepeda maintains his belief that he will be in the midst of a long reign as world champion.

“I can give any of the top fighters problems. I’m ready.”