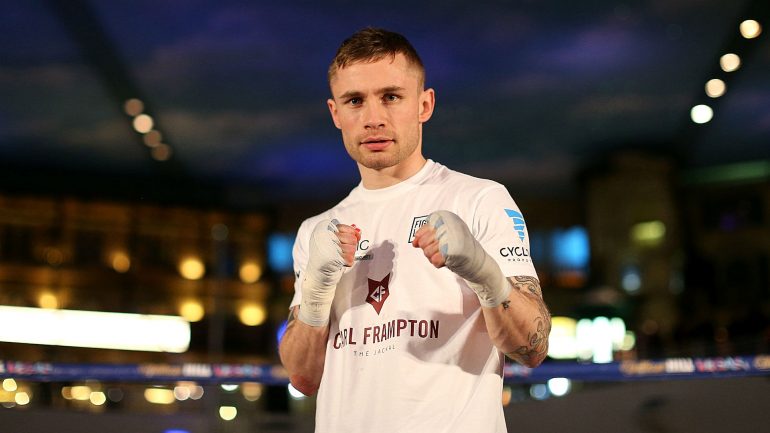 The contentious legal dispute between Irish legend Barry McGuigan and Irish star Carl Frampton has ended after the opposite sides came to a settlement.

McGuigan and his Cyclone Promotions outfit had promoted Frampton (28-2, 16 knockouts) for much of his career before a contentious fall-out over finances, which erupted in 2017. Frampton left and signed with MTK Global in 2018, and both sides issued proceedings against the other.

The case has been heard in the Irish courts this week but was resolved today.

In a statement, Frampton said: “I am pleased to announce that I have settled all of my legal claims against Barry McGuigan, Blain McGuigan, Sandra McGuigan and the Cyclone Promotions companies. The terms of the settlement are confidential between the parties and the court, but I can say that I’m extremely happy with them, and welcome the fact that the legal dispute has now ended.”

The 33-year-old Frampton said he will now focus on his career goal of becoming a three-time world champion. Frampton was last in the ring this past August, stopping Darren Traynor in seven rounds to stretch his win streak to two.