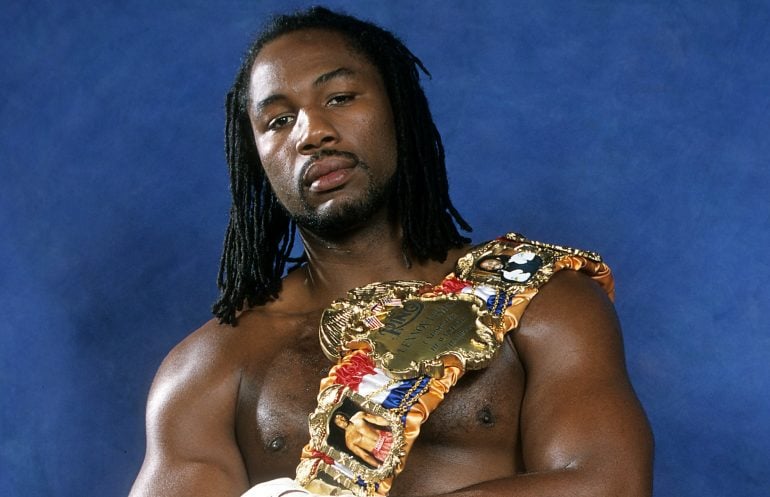 Photo from The Ring archive
12
Nov
by Tom Gray

“George Foreman; the strongest, Joe Louis; the most iconic, Rocky Marciano; the most unbeatable, Mike Tyson; the baddest man on the planet, Muhammad Ali; The Greatest. Who is this man?”

It is that hook which Lennox Lewis: The Untold Story, directed by Rick Lazes and Seth Koch, provides ahead of the fascinating 96 minutes that follows. For those who remember Lewis’ rise to greatness, this is a wonderful nostalgia trip. For those who don’t, this documentary is a can’t-miss exploration into the three-time heavyweight champion’s quest for boxing immortality.

The story begins with Lewis’ tougher than some would imagine upbringing in London and pursues his life-changing move to Canada, where his boxing journey began. As one of the most successful and decorated heavyweight champions of all time, the viewer is treated to many glorious moments, but the trials and tribulations that Lewis encountered, personally and professionally, are not avoided.

Highlights include the Olympic gold medal triumph over Riddick Bowe in 1988, the all-British showdown with Frank Bruno, the Oliver McCall/ Hasim Rahman setbacks and subsequent revenge missions, the special relationship with Emanuel Steward and ultimate glory against Evander Holyfield and Mike Tyson. There’s also an ample amount of training footage included, and it was nice to see The Ring Magazine rankings being utilized when Lewis’ journey reaches the elite level.

Flaws? I did notice a couple errors. Narrator Dr. Dre tells us that Joe Louis was a former WBC titleholder, which he wasn’t, and that Muhammad Ali, like Lewis, defeated every man he ever faced, which he didn’t. He also states that to become “the undisputed, unified heavyweight champ meant that Lennox had the IBF belt, the IBO belt and, the most coveted, the WBC belt.” Lewis, of course, became undisputed champion when he outpointed Holyfield in November 1999, unifying IBF, WBA and WBC titles in the process. The IBO title, which he did hold, was not required. Don’t let that put you off, though, it’s easy for the most experienced of boxing scribes to be thrown off when it comes to governing body titles. Lewis was the undisputed heavyweight champion of the world – case closed.

All in all, this is a refreshing and well-crafted portrait of a truly great prizefighter, and it is a much more satisfying experience than many documentaries of a similar ilk. The presentation is slick, the soundtrack works and you’re hooked from start to finish. Lewis was criminally overlooked during his zenith, don’t make the same mistake with this documentary. Much like the subject matter himself, this is a winner.

In the U.K. Lennox: The Untold Story is out Friday on digital and Monday on DVD. Head to www.lennox.film for info.