Bernard Hopkins speaks up about the Canelo Alvarez situation 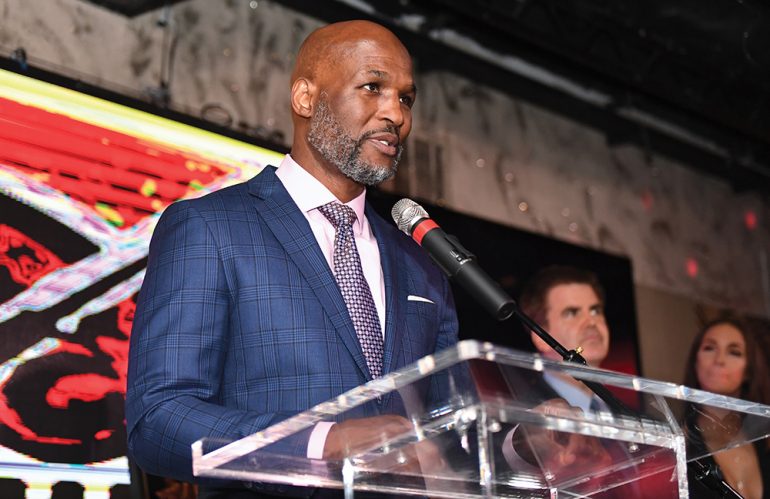 Bernard Hopkins has never been one to stay on the sideline and be quiet. The Hall of Famer always had a penchant for doing things his way during his career, and he has never been afraid to state his opinion after his career ended.

“The Executioner” has supported a fighter’s right to run their careers.

So, when Canelo Alvarez, boxing’s biggest attraction, and Golden Boy Promotions reached a settlement last week to release Alvarez from his promotional contract, accompanied by the DAZN relinquishing its exclusive rights to Alvarez broadcasts, Hopkins was not about to stand by without saying something about the volatile situation.

“I cannot be bottled in a bubble, nor will I be in the bubble with anyone else’s character in question, especially if I disagree or I have a different way to deal with any discussions when it comes to the boxing business,” said Hopkins, a shareholder in Golden Boy. “Canelo, coming from a fighter’s point of view, I have the utmost respect for and I believe he and his team and the majority of the fighters with Golden Boy, they know I stand for the fighter.

“They all know I stand for the fighter, because that’s the way I was when I was fighting. I’m biased to give the benefit of a doubt always to the fighter. I want to express what I need to say to the fans and to the great champion, Canelo Alvarez, who avenged two losses that I had on my record in grand fashion.”

Hopkins, who is scheduled to be inducted into the International Boxing Hall of Fame in June 2021, depending on where the COVID-19 pandemic is, said he has a kindred bond with Canelo, because he stopped Sergey Kovalev, who Hopkins lost to in November 2014, and he beat Gennadiy Golovkin, preventing “GGG” from breaking Hopkins’ streak of 20-straight middleweight title defenses.

“Canelo protected my record and he avenged my loss,” Hopkins said. “I’m a promoter, but I’m human. Who doesn’t want revenge and want their records to remain? People might assume I drink the Kool-Aid everyone passes to me, and I don’t.

“I don’t accept second- and third-hand information. I have to hear things myself. I knew this was going to happen (with Alvarez) weeks in advance. I pissed a lot of people off in my career, but I made a living, because I didn’t fall into the traps.

“I wish the Canelo the best in his career. I hope he does all of the things that he set out to do, because we all have a short career in boxing. It’s a high-risk business, and for Canelo to maximize what he wants, you must do what you have to do.

“Things were heating up with the relationship, but this COVID-19 pandemic made it come to fruition. This pandemic has exposed a lot of things, and as a fighter, I always knew certain things.

“Your tongue can kill people physically. What you say to someone else can destroy a person’s character. The tongue is worse than a gun. I respect Canelo personally, and he knows this, I’m my own man when it comes to my own opinion.

“I’m my own man when it comes to making my own conclusions when I want to stay or run, and the jury is out whether I want to stay or run. I have two young children, and my daughter is in New York City, in college. She’s in a school where the tuition is insane. I’m fast approach 56 on January 15, 2021.