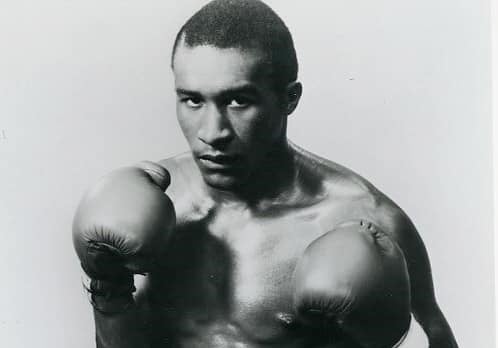 Skilled boxer-puncher Milton McCrory was a talented amateur who went on to win the WBC welterweight title in the early 1980s.

McCrory was born in Detroit, Michigan, the fourth oldest of six children, on February 7, 1962.

“I grew up in Conant Garden, a regular neighborhood,” McCrory told The Ring. “Baseball was my first love, I wanted to be a baseball player.”

However, when he was 12 years old his friend Jimmy Paul, who later won the IBF lightweight title, introduced him to boxing which soon took over as his chosen career path.

McCrory boxed as an amateur and graduated from Pershing High School in the late 1970s. He won the U.S national sports festival in Fort Carson in 1978 and took gold in the inaugural world junior championships in Yokohama in December 1979. The following year he lost in the semi-finals of the 1980 Golden Gloves.

The Detroit-born fighter didn’t box at the 1980 Olympic trials, electing to turn professional under the auspices of Emanuel Steward instead.

“The Iceman” lived up to his billing winning his first 17 fights, all by knockout, until he ran into savvy veteran Pete Ranzany, who took him the full 10 rounds. Two more victories helped secure him a world title shot.

When Leonard was forced to vacate, McCrory and Jones were matched for the WBC title. The two met in an evenly contested encounter at the Convention Center in Reno, Nevada in March 1983. Ultimately, the fight was declared a 12-round draw.

“I thought I beat Colin Jones, I threw a lot of punches” said McCrory. “I was tired by the sixth, seventh round and that’s when he really started fighting. I thought I did enough to win.”

The two met in a rematch five months later in Las Vegas.

The American won a 12-round split decision to claim the incumbent belt and describes that as his proudest moment in boxing.

All the while a fight with IBF and WBA counterpart Donald Curry marinated until the pair agreed to face each other in an undisputed championship bout on December 6, 1985 in Las Vegas.

Curry, a prohibitive 4-1 favorite, was on dazzling form. In Round 2, the Texas-based boxer-puncher decked McCrory with a brutal counter left hook before closing the show with a ferocious right hand. Mills Lane’s count was academic.

“I outgrew welterweight,” McCrory said. “When I fought Colin Jones the first time I was 161 pounds [on fight night]. I was 174 pounds when I fought Donald Curry. I had to starve to make weight, and back then you fought the same day.”

“I was too big and had trouble making weight. In one of the [world title] fights in France, I had two or three tries [to make 147 pounds]. I had fought at welterweight since my senior year in high school.”

McCrory moved up in weight and won three fights, including a decision over future middleweight titleholder Doug DeWitt. He then claimed the vacant NABF 154-pound belt with a first-round destruction of Rafael Corona, on the undercard of stablemate Thomas Hearns’ fight with Dennis Andries in March 1987.

The following month, at two weeks’ notice, McCrory was offered a shot at WBA junior middleweight titleholder Mike McCallum. Despite a good start, he fizzled away and was stopped in the 10th round.

“I won the first four or five rounds of the fight,” McCrory said. “My nose was broke, I was bleeding a lot, and I was getting tired. He cut my eye and eventually they stopped the fight.”

“I just think by the time I was 23, 24 I had reached my burn-out point,” explained the former titleholder. “I quit in 1988, moved to Las Vegas in 1990 and made my comeback. I was just tired of boxing. I realized I was chasing a dream that I had already caught.”

McCrory, 58, is married and has five children and one grandchild. He has worked for Chrysler in Detroit for the past 23 years and has been head coach at the Kronk gym for six years. He hopes to return the gym to those halcyon days of the 1980s.

BEST DEFENSE
Jones: He was the hardest fight I ever had. He had a very good defense, he had that peek-a-boo style and would cover up.

BEST HANDSPEED
Donald Curry: Donald had good speed. He was quicker than I anticipated and he was aggressive, which I really didn’t expect. He had good combinations.

SMARTEST
Pete Ranzany: He told me at the weigh in I wasn’t going to knock him out and I didn’t. He was the first person – that was my 18th fight – to take me the distance. He was the smartest guy, he fought for the title (L TKO 2 Pipino Cuevas), a real veteran.

STRONGEST
Jones: I’m going to go with Colin Jones. He was shorter than me and he fought aggressive and he was strong. The bodyshots… everything hurt. We went 24 rounds.

BEST CHIN
Ranzany: He was the first one to go the distance. I hit him with some good shots and he took them. It was hard to hit Colin Jones, his defense was so good.

BEST PUNCHER
Jones: Mike McCallum couldn’t punch hard… I was just tired. I took a 15-rounder at two weeks [notice] and went 10 rounds. Donald was a good puncher, he could punch. I’d stick with Colin Jones. He hurt me around the fifth round with a bodyshot.

BEST BOXING SKILLS
Mike McCallum: Donald [Curry] was a skilled fighter. Mike had good skills, he just wasn’t a good puncher, his punches didn’t hurt me. I would go with Mike.