Junior Cruzat: A Chilean diamond in the rough 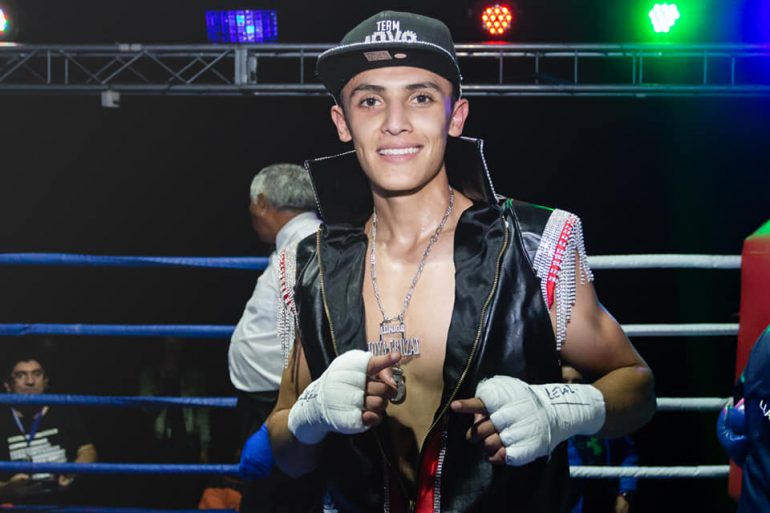 Featherweight prospect Junior Cruzat is lives and breathes boxing, something that will obviously benefit him in the long run as a professional fighter. Manager Tony Tolj is confident Cruzat can become a world titleholder someday.

The unbeaten Cruzat will face Juan Jimenez in a 10-round bout, Friday night, at the Gimnasio Fiscal in his hometown of Llanquihue, Chile.

Tolj, who also managed Andrew and Jason Moloney, believes Cruzat has a long way to hit his peak as a fighter.

“Junior lives for boxing,” Tolj told The Ring last week. “It’s all he does. I genuinely believe Junior Cruzat will be a future world champion and a star.”

Cruzat, who only lost twice in 80 amateur fights, signed a management agreement with Tolj earlier this year. He recently trained in Las Vegas before traveling back home to Chile to wrap up training for the Jimenez fight.

Cruzat is among a handful of fighters, including Campos and Mascarena, who are prospects from Chile and hope to make a name for themselves in the sport. Tolj believes these fighters and other Chileans he hopes to sign can become major players as prizefighters.

“I truly believe Chile is a diamond in the rough for boxing talent,” said Tolj.

Jimenez (8-9, 1 KO) lost a technical decision to Adan Ochoa after Round 5 of his most recent bout on December 5. The resident Antofagasta, Chile, has lost his last four bouts.