Ok, Bob Arum, what’d you do when they called election? 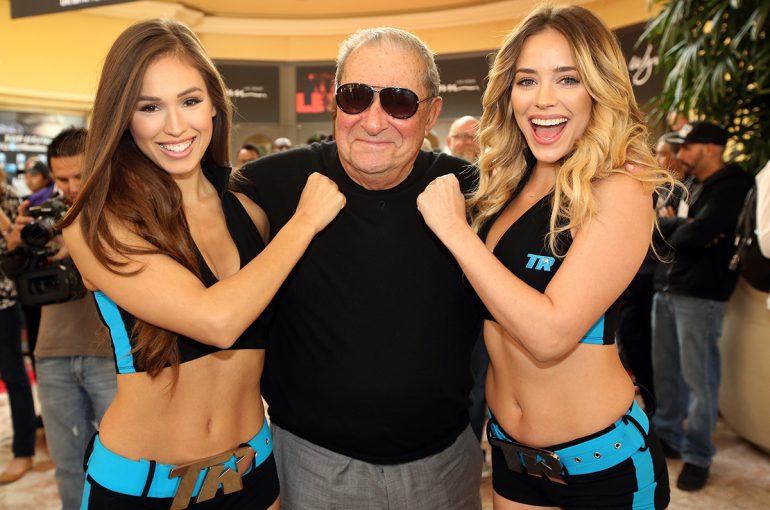 There isn’t a more passionate follower of the high-stakes, top-tier political scene in the boxing realm than Bob Arum.

There are others that wear the heart on their sleeve, and make clear, with their vehement declarations on social media, that it matters to them what the elected officials in DC do.

Lou DiBella, who, coincidentally perhaps, was born in Brooklyn like Arum, is one who comes to mind when pondering pugilism people who are politics junkies. 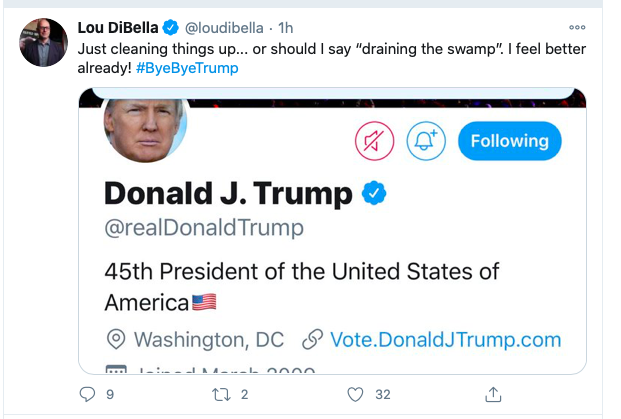 But Bob Arum, yeah, he’s in a class by himself.

The 88 year old boxing Barnum, who turns 89 on Dec. 8, checked in with RING today, which will stay with him as a monumental one.

The Nevada resident maintains a residence in California, and spoke from Los Angeles. Nearing noon in the East, I sipped my coffee, and heard my youngest daughter, age 10.

I perked my ears up.

That was banging of pots. I knew the sound, I’d hear that at 7 PM ET, in my neighborhood, in March, April, May, because that was the time people decided to shout, holler, clang pots, to give audible props to frontline medical workers in the ERs and ICUs and COVID wards.

Yes indeed, perceptive insight from the fifth grader. In the next five-ten minutes, people spilled out of buildings, took to the streets, yelled, danced, gave distanced elbow bumps. It was felt like a party in my hood, like a block party, it felt like it hasn’t felt since…well, it was hard to recall the last time there was that sort of collective mood in the air. Car horns blared, plenty of folks wanted to see reactions in various places in the city, and so they got in their car, and pressed the horn, and shouted out the windows their glee at the NBC news call, that Joe Biden had gone over the 270 mark with electoral college votes, making him the President elect. Pennsylvania’s 20 and Nevada’s 6 votes went into the Biden column, and that meant he could brag 279 points, and status as the “newwwwww.” 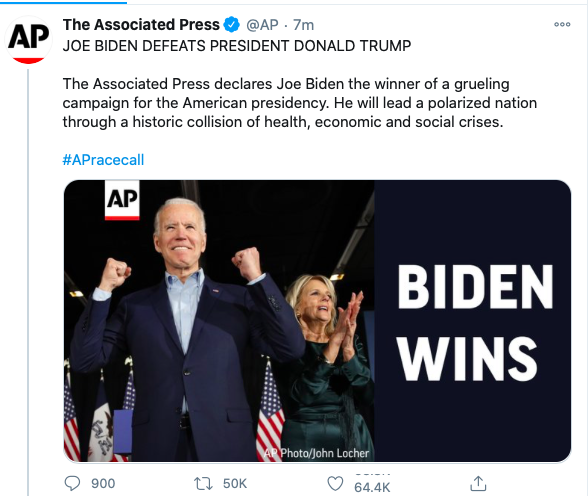 “Thank God,” that was the summation offered by the Hall of Fame deal-maker, who next serves up a Terence Crawford 147 pound title defense against Kell Brook, on the ESPN platform.

“I learned this morning, but I knew as of Thursday, that Biden would get the win in Pennsylvania, and then that he had Nevada by 25,000 votes, that there were still 39,000 votes outstanding in Clark County, so that would increase the lead, that there 60,000 provisional ballots out, so I knew Biden was going to win in Nevada, by like 30,000 votes.

Yes, Bob Arum has better intel than most all of us, he’s buddies with the former Senate majority leader (2007-2015) Harry Reid.

OK, sounds like there was no dancing, not physically, per se. But he hopped on the phone, took calls with Bette Midler, and historian Doris Kearns Goodwin, and plenty of other A side talents who made no secret of their desire to see that it was “one and done” for Trump, who had done a number on Atlantic City, so his methods and manners were no secret within our sphere.

“My celebration was on the phone, with my friends, who are all happy,” he said.

And this probably doesn’t suprise you, Arum didn’t say that he’d be popping corks into the night and luxuriating in the good vibes. The man is built a certain way when it comes to business, and his interest in politics doesn’t come off as a mere side hobby. His fascination with that realm is intense and he devotes fairly unbridled attention to the space, off and on, which doesn’t so much allow for time cordoned off for a lengthy celebratory period.

“Now we gotta gear up after celebrating some, and concentrate on Georgia,” Arum told me. “We can win the Senate seats in the runoff.”

And, maybe you are curious, as 150 million adults in America are, how is this thing likely to play out in the hours, days, weeks. Will Trump concede, will he see the darkness where he’d seen a light, his path to term two extinguished by the will of more of the masses?

“He’s gonna make a fool of himself if he continues (trying to insist that the election was stolen from him, by odious Democratic fraudsters). He’s not being sensible. And no, he’s not going to go to Georgia, to campaign for the Republicans in the runoff. Things are looking great in Georgia, I think we can win. As Trump continues to make a fool of himself, that will help erode his support. You saw that (South Carolina Senator) Lindsey Graham congratulated Biden and other top Republicans are falling in to line.”

Really? That includes a person like the current Senate boss, Mitch McConnell from Kentucky?

“Sure,” Arum said. “They all know if he continues this nonsense, they’ll lose the two elections in Georgia.”

And of course, I could have asked about the Kubrat Pulev v Anthony Joshua clash, or if he likes Agit Kabayel as next for Tyson Fury, or if Devin Haney needed to blow out Yuriorkis Gamboa to help stir the pot to be a decent rival for Teofimo Lopez. But I didn’t.

Let me be up front…People who have not appreciated the Trump tone and record of achievement and division among citizen-rivals in America for the last four years deserved to take the day, and do that dance, bang those pots or chatter happily with like-minded buddies on the phone.

“And Bob…maybe next week, we’ll shoot the shit, talk boxing stuff, OK,” I said, in closing.

“Absolutely,” said Arum, with a happy flourish in his agreement.

No, I didn’t put him on the spot, ask him just how happy this Biden win made him, how it compared to some of the standout Top Rank triumphs over the five decades of clashes. But I could tell, this day ranked high on his list, he was banging pots hard in his head.