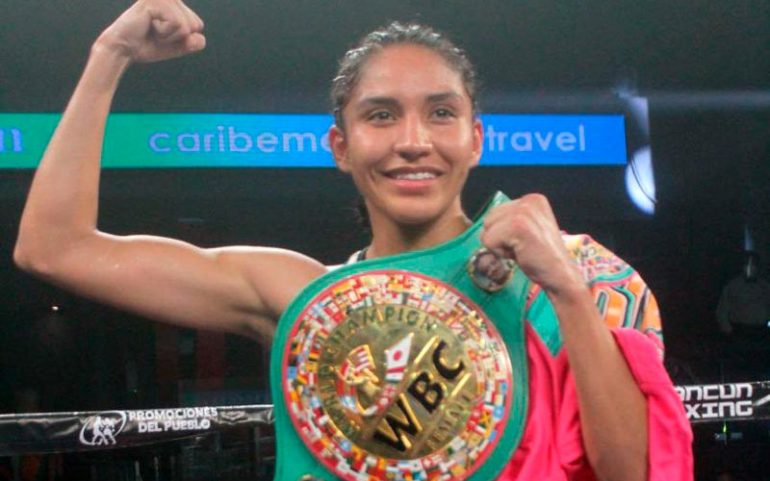 Mariana Juarez not only lost her WBC bantamweight title belt Saturday night, but her actions after the fight will likely hurt her reputation in the sport.

Juarez was outboxed for much of the 10-round bout, losing by unanimous decision to Yulihan Luna at the Grand Oasis Arena in Cancun, Mexico.

But Juarez looked sluggish, while the younger and faster Luna repeatedly beat her to the punch.

While the scores were being tabulated, Juarez walked across the ring to yell at Luna, who looked bewildered. 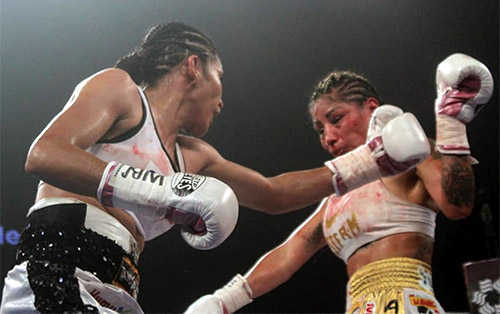 The hand wraps and gloves of both fighters were inspected by a WBC official at ringside, who then handed them over to co-promoter Oswaldo Kuchle. Both men concluded that the gloves and hand wraps of Luna were fully legal.

After Luna was announced the winner, she broke down in tears as the WBC belt was wrapped around her.

“I’m very excited and happy,” said the 26-year-old Luna, who has won her last four bouts since losing to Guadalupe Martinez Guzman in November 2018. “This was my dream to be a world champion.”

Juarez then interrupted the interview, which was being broadcast on TUDN throughout Mexico, and again accused Luna of cheating.

“I’ve been in this sport for 21 years,” said Juarez (54-10-4, 18 KOs), who was making her 10th defense of the title. “There’s something in those gloves and they know it. The WBC will look into it. Yuliana won, I congratulate her. I was not going to back down. I was going to finish the fight.”

“The gloves and hand wraps are right there,” Luna responded, pointing to ringside, where the gloves were located. “We are athletes. We know how to win. We know how to lose. She was saying that the laces were higher than normal, as if that’s the part of the glove I hit her with. We won because of the hard work we did. If she wants a rematch, I’ll give it to her. We’re not afraid. They can inspect the gloves all they want.”