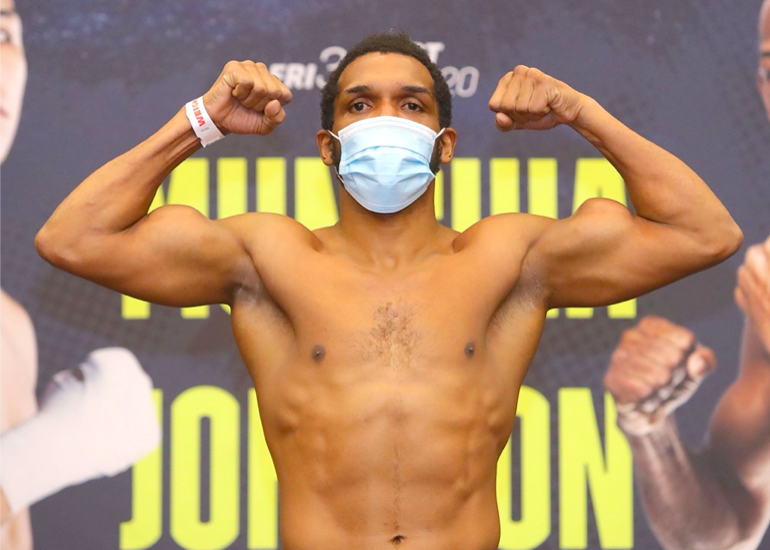 First off, I apologized to Tureano Johnson, because he is a good dude, deserves full respect, and I’ve been flaky lately, with scheduling.

It sort of feels like we’ve gone from 0 to 60, with fight cards popping up, and I’m trying to be present for the kids doing the home schooling, and the boxing coverage, and the keeping of the remaining sanity as the COVID craziness plays out while I pay too much attention to the political lunacy.

“No problem, big brother,” the 36 year old Johnson said, sounding like he fully meant it, on Friday early afternoon, hours away from his fight with Jaime Munguia in Indio, California, and on DAZN (8 PM ET start time for featured undercard bouts.)

So, please, talk to me…How are you feeling ahead of this middleweight fight at Fantasy Springs? 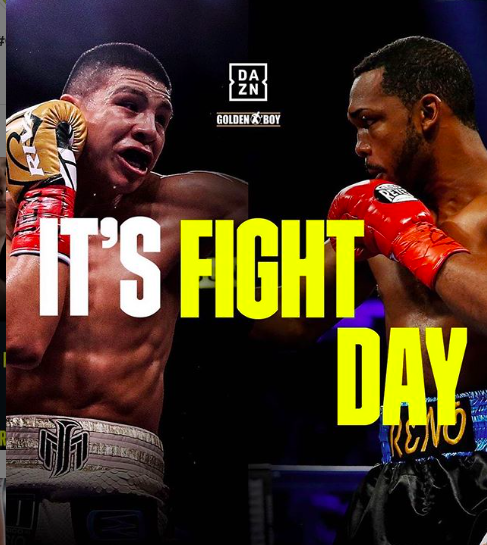 Confident in winning, he answered.

OK, how confident? Like, different level of confidence as opposed to how you’ve felt before other bouts?

“God has stated it, it is fate, it is inevitable,” the 21-2-1 boxer from the Bahamas told me. “It is innate inside of me. I’ve had a lot of fights, not as much as Munguia, but in all of my fights, I have two losses, and one draw. Before one loss and one draw, against Sergey Derevyanchenko (8-25-17) and Fernando Castaneda (2-9-19), I knew before I didn’t want those fights. In all my victories, before, especially in my last fight, against Jason Quigley (July 18, 2019), I was so amped up, so excited. I have NEVER felt more encouraged, determined, driven, confident. Right now, getting in that ring is all I’m thinking about. I know it’s in a few hours, but feels like forever. Can’t wait.”

He was feeling more than good coming in, and, it sounds like, that much better after doing some scouting of Munguia, the 24 year old from Mexico who holds a 35-0 record.

Tureano (No. 6 in WBC and WBA, No. 15 IBF) told me he saw his foe at the weigh in, and no, they didn’t chat with each other. But he was able to decipher, he said, what was going on in the head of the younger gunner.

“I met Jaime for the first time yesterday, in person. We greeted each other, as he’s very respectful. He’s been a world champion (WBO 154 crown) and I respect him as a champion and a person. Not many champions I hold in high regards, but he conducts himself in a professional and respectful manner. He’s a good role model who people should observe and follow after. But what I saw and got from him, it was not a verbal message, it was more of a gesture. From one who’s been in the game such a long time, you learn it, learn about the human psyche, body language. He spoke to me with his reactions, when I was able to observe him. As a fighter, you have to examine the whole playing field, the eyes, the body language. Even during the faceoff, there was great doubt in his eyes. We had our moments to observe and analyze the physical reactions and psychological responses. I’d say there’s a bit of second guessing and doubts in there. In the same breath, I can tell he was well trained and he’s coming to give it everything he’s got. This is a big fight for me, even more important for me, as a world championship opportunity has eluded me for some time, within reach yet so far away. This time I’m more hungry, relentless in my pursuit. This isn’t my last draw, but it’s the best one yet.” 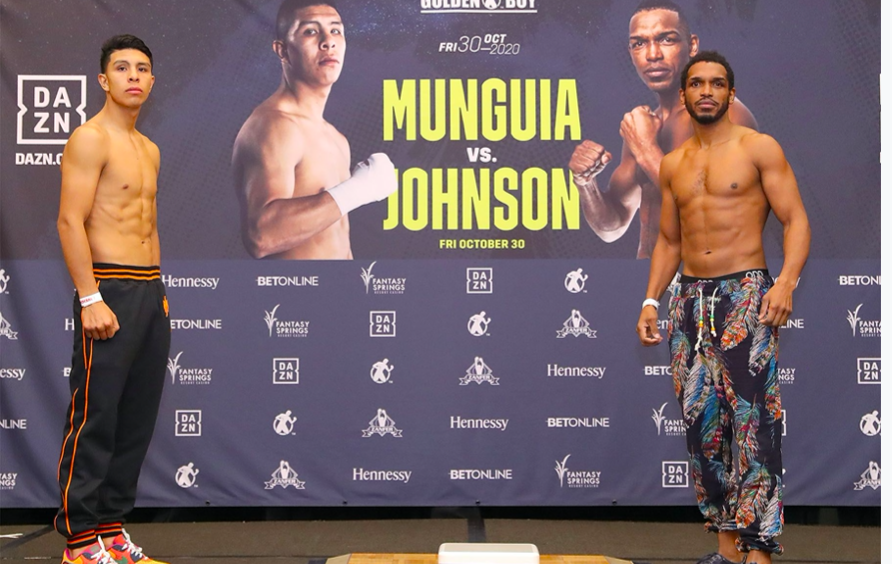 Tureano says that he picked up some things when in proximity to Munguia. We shall see how that assessment plays out when they sort it out in that Indio ring. (Photos by Tom Hogan for Golden Boy)

“Munguia doesn’t believe in himself, deep down, like he will need to tonight, he said. “That is something to feed off of, fear. I’m eating it up! Now, no doubt he’s going to come in regardless. Man, when you have a rat, and you chae it up against a wall, he’s still dangerous. He might even eat throught the wall! I’m prepared for everything.”

So, Tureano likes this style matchup? “Munguia is tailored for me,” he continued. “He has so many flaws, I’m certain he’s corrected most if not all… so I will look to bring him back to his old habits!”

OK, not asking for the game-plan…But could I surmise that he wants to force that flashback with pressure?

“Pressing is what I do,” Tureano replied.

I just have a feeling about this one, that it’s going to be a tradefest, and that you will get your money’s worth off your DAZN subscription off this bout.

“No doubt,” Tureano told me. “The winner of this fight is the fans! Me, I’m a fighter first, and a fan…And I wanna see this fight. I wanna sit down and watch this one after the fight! I’m a big boxing fan! It will be bombs away!”

Coach Andre Rozier will be cornering the Bahamian, who is, like Munguia, promoted by Golden Boy. Coach Terrence Simpson is in Indio, as is Tureano’s missus, and his kid. The fight game people are seperated from the family, there is a quarantine protocol in place. “But my wife told me, ‘You go do you in there.’ And she won’t have fingers crossed. We don’t believe in luck, our faith plays a big role in our daily life.”

That faith informs his prediction for the scrap. “I’m going in to win and win every round convincingly,” he said. “If the KO is there, I will be more than happy to take it! If anybody is the winner, it will be the fans! And, of course, I want to give honor to my god!”

Get a sense of Tureano’s body language, and his mood, in the DAZN promo real, below.

But because Tureano is a big “God guy,” one shouldn’t assume that he also doesn’t have eyes wide open to some of the ways of the fight world. Who do you think would be the preferred winner in the eyes of some of the deal-makers and fight-bakers? Munguia, maybe, who could be a good rival for Canelo Alvarez down the line, yes?

“No doubt,” said Tureano, who shared how this fight came together here.  “Man, I am from a country of color. 400,000 people, a fraction of the number of people in Mexico, a fraction of the number of Mexicans in the US. In my country, maybe 5% are interested in boxing, and 1-2 percent of them (are hardcores and will be aware and perhaps watching this bout). That makes no difference! That’s expected. You see what’s on Instagram and Twitter, listen to the people talk about the odds. I’m seeing, ‘He’s old and washed up.’ ‘Tureano’s gonna get knocked out.’ Little do they know how I have grown up, I have always proved doubters wrong. It’s throwing fuel to the flames, and doing a damn good job of it!”