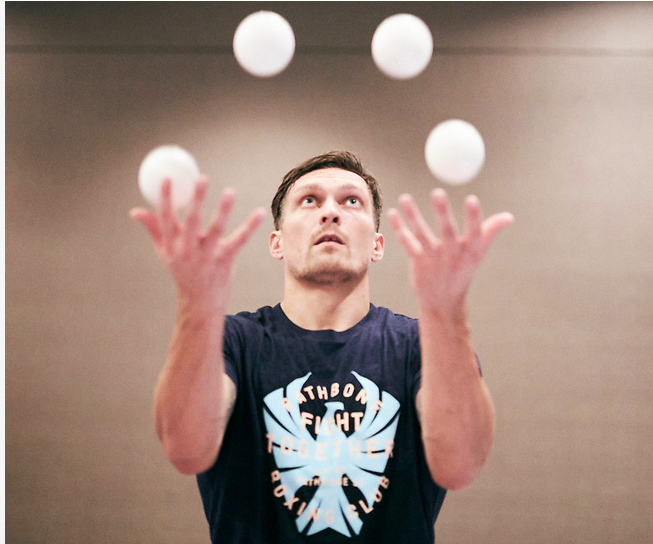 Usyk concentrates on balls in the air. He'll have eyes on Chisora Saturday; how do you readers see this heavyweight tussle playing out? (Mark Robinson photo)
29
Oct
by Anson Wainwright

Former undisputed cruiserweight champion Aleksandr Usyk will look to continue his heavyweight journey when he faces hard-charging Dereck Chisora at the SSE Arena, London, on Saturday.

Usyk, who is rated No. 4 by The Ring pound-for-pound, will be having his second fight at heavyweight since moving up in weight last year.

“I’m not thinking about Dereck now, I will be thinking about him Saturday,” Usyk (17-0, 13 knockouts) told The Ring on Wednesday through Alex Krassyuk of K2 Promotions. “He’s a strong guy, who will try hard to beat me. We’re preparing for that; I am ready to cope with this.”

The supremely talented 33-year-old Ukrainian isn’t unduly concerned about Chisora or worried about the Halloween surprise the big Brit has promised him.

“There is probably something he does well but I don’t know what,” said Usyk, who stopped Chazz Witherspoon in seven-rounds on his heavyweight debut last October.

“I’m not scared. [I have an] angel taking care of me, I’m not afraid, I’m not frightened. I haven’t got any frights for him; I will just beat him.”

However, for now, he prefers to keep his game plan under wraps.

“I will never tell you this before the fight,” he said. “It is secret information. I will show you on Saturday.” 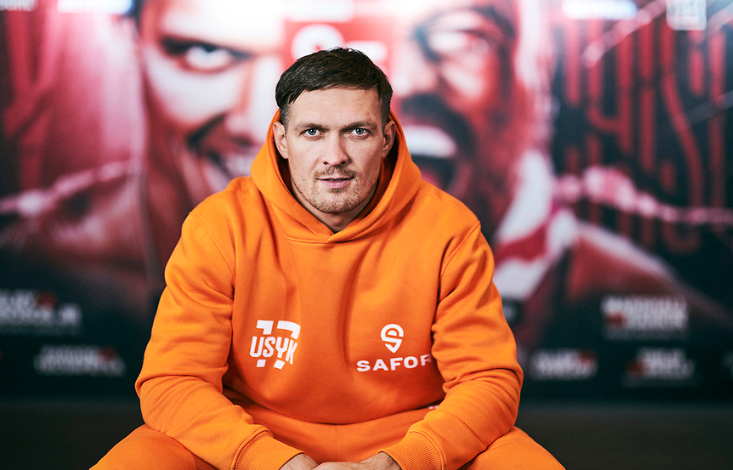 Show, don’t tell, that is the mindset of Usyk as the days tick down to his second test at heavyweight. (Photo by Mark Robinson)

Usyk, who won the World Boxing Series Season 1 at cruiserweight, has settled into his new division.

“[I feel] happy at heavyweight,” he said. “You can eat whatever you want, you don’t need to make weight, but my nutritionist doesn’t allow me to eat everything I want, so I eat what I need to eat, unfortunately [Laughs.]”

Injuries to his bicep and elbow slowed Usyk’s activity but now he feels in optimum condition after an eight-month training camp at home in Kiev.

“It was a great training camp,” he explained. “It went really well and I was really happy. It was difficult and hard work. It’s done already.”

Members of the 2012 Ukrainian “Dream Team” have lost in the past year. Most recently Usyk’s good friend, Vasiliy Lomachenko was defeated by Teofimo Lopez but Usyk says the loss came in mitigating circumstances.

“[Lomachenko] had a shoulder injury which he had surgery for, that’s what happened,” said Usyk. “I don’t consider myself to be the reason Ukrainians smile but I will be happy to bring another success to our country.”

Chisora (32-9, 23 KOs) turned professional in 2007. He won the British title before losing it to Tyson Fury (UD 12). He controversially lost a European title fight to Robert Helenius, gave a spirited effort in a WBC title shot against Vitali Klitschko (UD 12) and stopped in five rounds by David Haye. 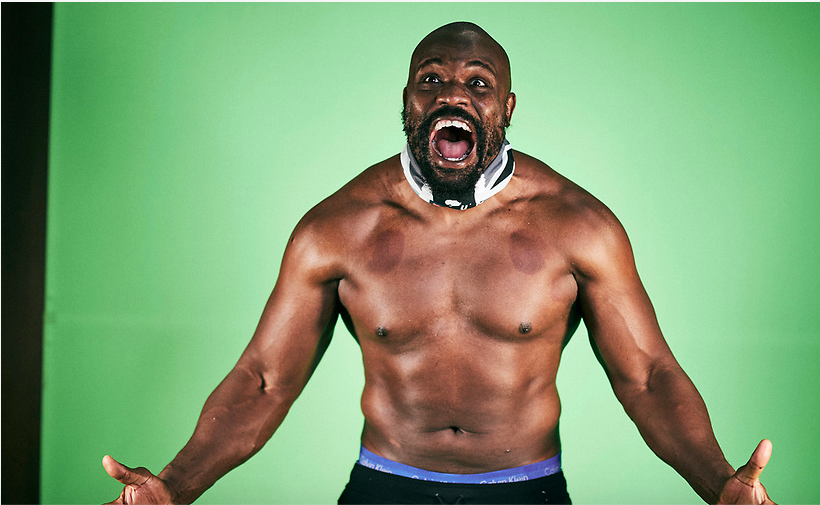 Chisora seems in good shape, and dialed in to the test Saturday. (Photo by Mark Robinson)

He worked his way back by claiming the European title but lost to Fury (RTD 10) in a rematch. Further defeats followed when he stepped up against Kubrat Pulev (SD 12), Dillian Whyte (SD 12/ KO 11) and Agit Kabayel (MD 12).

The now 36-year-old stayed relevant and has been able to make the most of a new lease of life working alongside former opponent Haye and is on a three-fight win streak entering this fight.