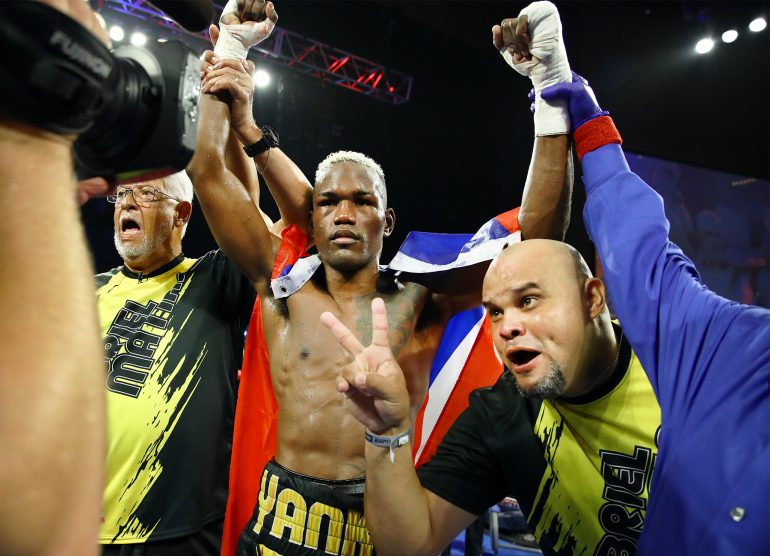 Big-punching junior welterweight Subriel Matias looks to kick-start his once-promising career when he faces Malik Hawkins at the Mohegan Sun Casino in Uncasville, Connecticut on Saturday.

Matias, who is coming off a disappointing loss to the unheralded Petros Ananyan on the Deontay Wilder-Tyson Fury II undercard, is pleased to be back in a big fight.

“I think he is a tremendous opponent with great tools,” Matias (15-1, 15 knockouts) told The Ring through Fernando Gaztambide. “It will be a great test for me, definitely.

“I hope to make my people in Maternillo and all Puerto Rico smile. I come to win.”

The 28-year-old knockout artist prefers not to talk about his opponent’s strengths and weaknesses.

“We will see that on October 24,” he said. “I do not like to talk about the plan or what do I think about his plan. Everybody knows I come to fight. I like to fight and then talk about everything that happened in the fight; adjustments etc.”

Matias took the defeat against Ananyan like a man and isn’t passing blame. He intends to get back to winning ways and position himself for bigger fights at 140 pounds.

“I always train hard,” Matias said. “My loss could have been a necessity as my opponent was better that night and I wish him many blessings. The important thing is to move forward with the desire to succeed in life and that is what we are doing.”

Matias’ promoter, Juan Ivan Orengo, of Fresh Productions Boxing, is rather blunt in his assessment, stating it’s a must win situation for his fighter.

“A loss would be devastating,” said Orengo. “Subriel is obliged to win the fight. If he loses, he has to think about quitting boxing.”

The Showtime telecast will be headlined by Sergey Lipinets-Custio Clayton and will also include Xavier Martinez vs. Claudio Marrero. The broadcast begins at 9 p.m. ET/ 6 PT.