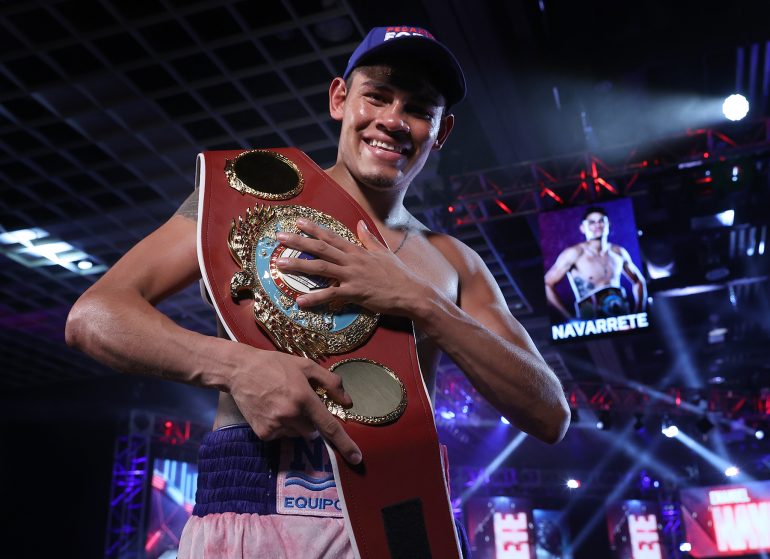 Emanuel Navarrete is awkward. He will come at you right-handed or left-handed. His power comes from crazy, confusing angles. His nastiness manifests itself through stray elbows and forearms. But what makes the rangy featherweight so dangerous is his attitude. It screams: ‘Here I am, here I come, you better watch out.’

Ruben Villa knew he could not make a mistake against Navarrete. The 23-year-old southpaw knew that if he was lured into a second of comfort, he could pay a price.

Judges Tim Cheatham and Max DeLuca had the score surprising close at 114-112 each for Navarrete, while judge Patricia Morse Jarman had it 115-111 for the new two-division titlist.

“I knew that from the beginning (Villa) is a great boxer, and that’s what he did, he used his skills and once he felt the power, he was going to move even more,” said Navarrete, who outlanded Villa in power punches, 131-58. “He started to get on his bike and move around the ring. I couldn’t get the knockout, but the most important thing is I came away with the victory.

“I’m now a two-division world champion. I’m very happy and proud of this belt, because it’s the symbol of all the sacrifices my team and I have made. It’s my payoff. You give us opportunity and we keep taking advantage of them. I have my sights set on all the world champions at 126. I would love to face (Josh) Warrington. I think that our styles will make for a great fight.”

Navarrete knocked down Villa (18-1, 5 KOs) for the first time in his career, dropping him in the first and fourth rounds. 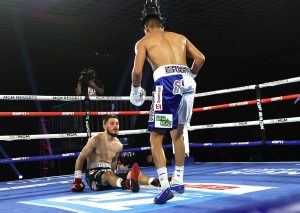 In the first, Villa fell with :31 left from a left uppercut that came out of nowhere. It was almost as if Navarrete poked Villa and caught him off balance.

The punch caught Villa underneath and right on the jaw.

In the fourth, the 25-year-old Navarrete was all over the place, missing wildly, spinning and leaving himself exposed at times when he didn’t connect. But he’s so rangy and can cover so much ground so quickly, Navarrete is able to regain his positioning. Villa was hardly able to take advantage. 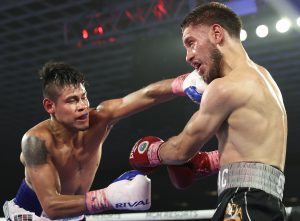 A Navarrete left hook with :51 left in the fourth sent Villa down a second time. Navarrete had set it up off a missed right. Though bowed over and seemingly out of position, Navarrete whirled a left hook on the unsuspecting Villa’s jaw for the second knockdown.

That gave Navarrete a commanding lead through four.