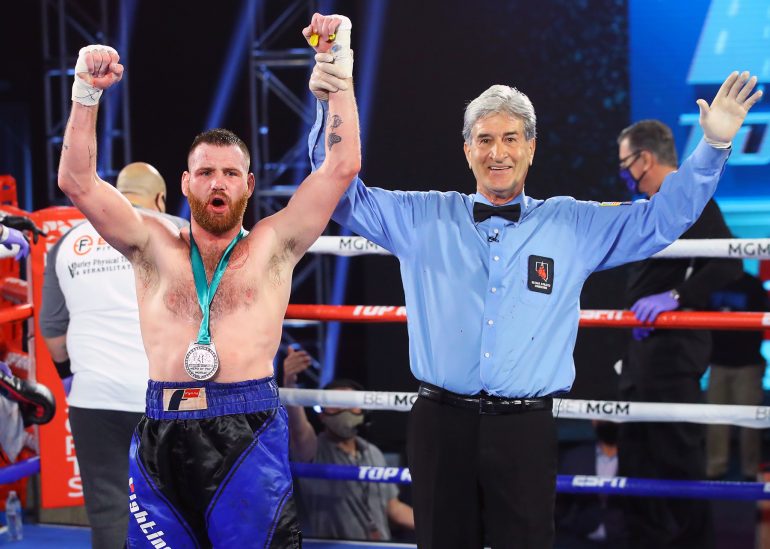 Clay Collard has made it clear that he wants to fight as often as possible. He was not about to turn down an opportunity to avenge a disputed draw.

Collard (9-2-3, 4 knockouts), who hails from Burley, Idaho, fought LaVallais to a draw on June 29 of last year. The former mixed martial artist would win his next three bouts before losing by stoppage to unbeaten Bektemir Melikuziev on November 2.

Collard is confident he can decisively defeat LaVallais this time around when the two square off next Saturday.

“I’m a born fighter and I’m grateful to be back on such a significant card,” said Collard, who has defeated four unbeaten fighters in his pro career, thuis far. “When Quincy and I fought the first time, I know I’d done enough to win but we were in his hometown. We’re fighting on neutral ground this time.”

LaVallais (9-0-1, 5 KOs) most recently fought on November 1 in New Orleans, stopping Andrew Goodrich in the opening round, not far from his hometown of Kenner. His last four victories have come by knockout.

Also on the Top Rank card, junior welterweight prospect Josue Vargas will square off against Kendo Castaneda in a 10-round bout.

Vargas (17-1, 9 KOs), who is originally from Puerto Rico and now resides in Bronx, New York, defeated Mexico’s Salvador Briceno by unanimous decision in his most recent bout, on June 30. The 22-year-old has won 11 straight bouts since losing by disqualification to journeyman Samuel Santana in October 2016.

Castaneda (17-2, 8 KOs) lost by unanimous decision to junior welterweight contender Jose Zepeda in his most recent bout on July 7. In his previous fight on February 28, the San Antonio, Texas, resident lost by majority decision to Yomar Alamo in a clash of unbeaten fighters.

Featherweight Jose Enrique Vivas (19-1, 10 KOs), who is originally from Mexico and now resides in the Los Angeles suburb of Montebello, will face Filipino John Vincent Moralde (23-3, 13 KOs) in an eight-round bout.

In a clash of unbeaten welterweights, former amateur standout Quinton Randall (6-0, 2 KOs), of Houston, Texas will square off against Puerto Rico’s Jan Carlos Rivera (4-0, 4 KOs) in a six-round bout.