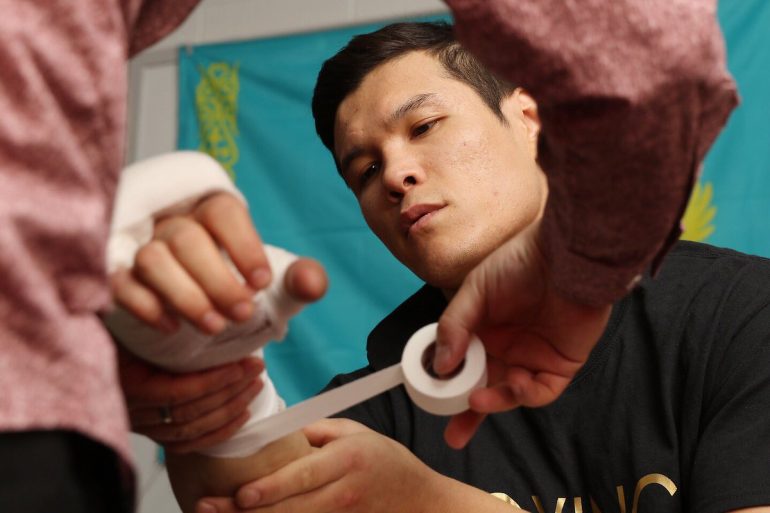 The 10-round bout will take place at the Seminole Hard Rock Hotel and Casino in Hollywood, Florida, and will precede the main event bout between former middleweight beltholder and super middleweight contender Daniel Jacobs and Gabriel Rosado.

Yeleussinov (9-0, 5 knockouts), who is originally from Kazakhstan and now lives and trains in Miami, Florida, most recently fought on December 20, battering Alan Sanchez to a fifth round stoppage.

The 29-year-old culminated a stellar amateur career by winning a gold medal at the 2016 Olympic Games in Rio de Janeiro. Promoter Eddie Hearn believes Yeleussinov is ready to take a significant step up in opposition by facing Indongo.

“This is the test that Daniyar needs to show that he’s ready to press for world honors,” said Hearn. “Julius is a former unified world titleholder. He’s been in with some great fighters and still has ambitions at the very top level.

“We believe that Daniyar is going to be a player in the division for years to come but he must prove that by closing 2020 in style against Julius and setting up a big year in 2021.”

The southpaw Yeleussinov, who has stopped four of his last six opponents, is confident he will be too much for Indongo.

“[Indongo] is a former world champion that will come to fight,” said Yeleussinov, who is managed by Ziya Aliyev. “This will be a great fight for me. I am going to show I’m the better fighter and Indongo will see the best of Daniyar Yeleussinov.” 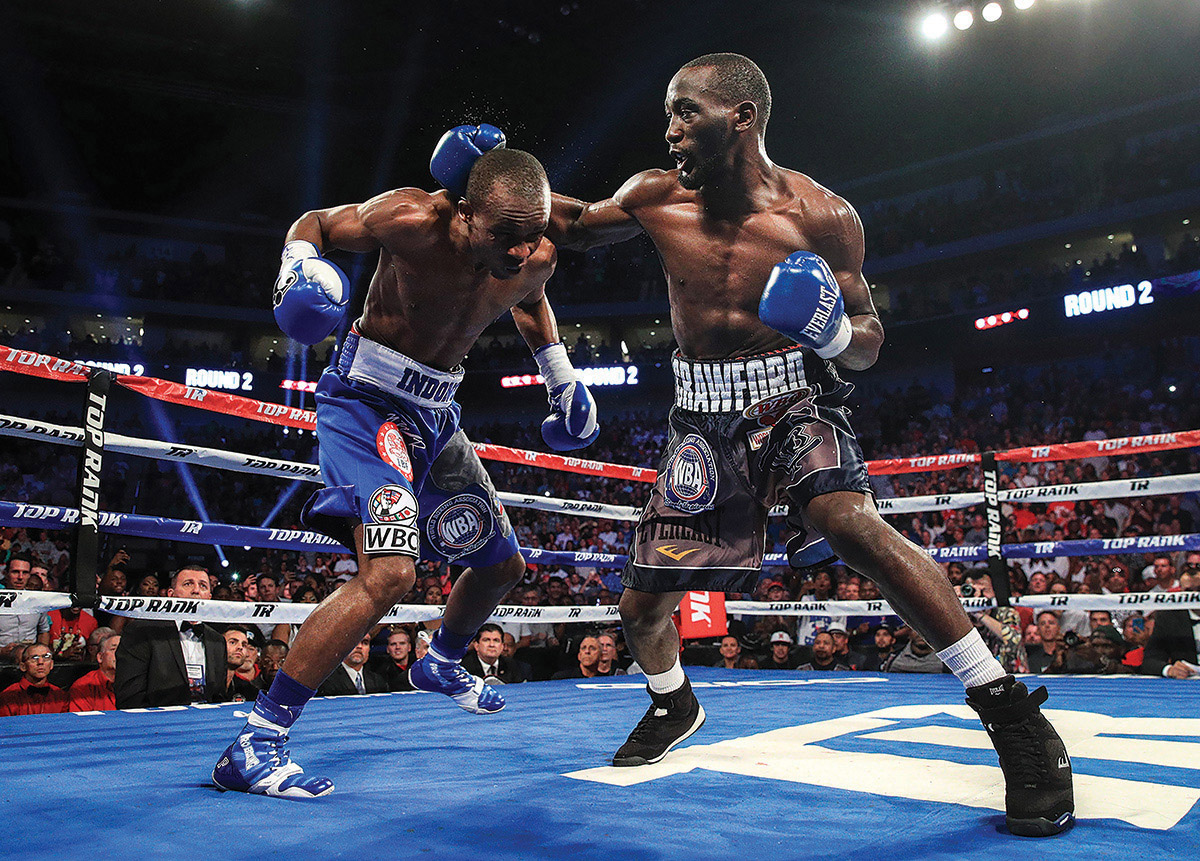 Four months later, Indongo, who resides in Windhoek, Namibia, was knocked out by then-WBC/ WBO unified titleholder Terence Crawford in a battle to crown an undisputed junior welterweight champion. In March 2018, the 37-year-old was stopped by Regis Prograis in Round 2.

Indongo returned to the ring in August 2019, stopping overmatched Carltavius Jones Johnson in Round 2. Despite recent struggles in the ring, Indongo believes he can again win a world title.

“Daniyar is a very gifted boxer and a highly accomplished Olympian,” said Indongo. “However I don’t fear anyone because my skills will be a challenge for him as well. I feel as if my skills and conditioning, since training in America, have improved very much, so it is going to be a good night. I am prepared to put on a great performance and get the win.

“I understand the importance of this fight for my career. I need to win…period. When I do, I will be considered as a contender in both the 140-pound and 147-pound divisions. This fight will open the doors I need to become a world champion again.”