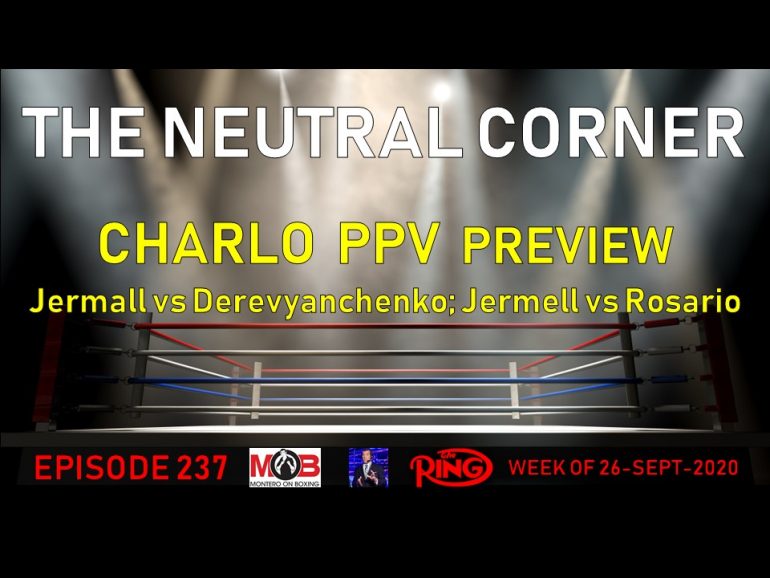 On episode 237 of The Neutral Corner boxing podcast, host Michael Montero previewed the fall fight schedule, as well as a loaded Saturday of boxing in the United States and abroad.

ShoBox returns on October 7 as 154-pound prospects Charles Conwell and Wendy Toussaint square off. The Lomachenko vs. Lopez undercard is coming together, including a great co-feature between junior welterweights Alex Saucedo vs. Arnold Barboza Jr.

The rematch between Alexander Povetkin and Dillian Whyte will take place on November 21, venue TBA. The event will be broadcast on DAZN in the USA and Sky Sports PPV in the UK.

Matchroom USA is targeting several dates in October/November to feature a rematch between Juan Francisco Estrada and Carlos Caudras, plus the return of Roman Gonzalez, Devin Haney and Danny Jacobs, all on DAZN.

Meanwhile, Top Rank is negotiating a fight between Terence Crawford and Kell Brook for November 14, and the third fight between Tyson Fury and Deontay Wilder for December 19 in Las Vegas, possibly with fans in attendance.

Last Saturday, Jose Pedraza, Efe Ajagba and Robeisy Ramirez all got wins inside “The Bubble” at the MGM Grand in Las Vegas. The Top Rank show was broadcast on ESPN+.

John from Australia says the potential fight he’s looking forward to most is between heavyweights Aleksandr Usyk and Dereck Chisora. They were set to fight before, but the bout was delayed multiple times, first to injury and then COVID. The current target date is October 31. John loves the matchup due to the personalities. “Chisora is bat crazy,” he said. “I can see him coming in and taking punches just so he can try to catch Usyk. I think he’s going to run a freight train. That’s why it’s so intriguing.”

Davideon is very excited for the Charlo doubleheader on Showtime PPV, which he definitely plans to support. “I can’t wait for Saturday because I know both Charlos are going to turn up,” he said. “I know they’re in tough fights, but I really think they’re going to handle their business. And I’m always going to buy the PPV, I’m not going to stream it or steal it.”