R.A. The Rugged Man on Tyson-Jones, boxing fans abroad and releasing an album in a pandemic 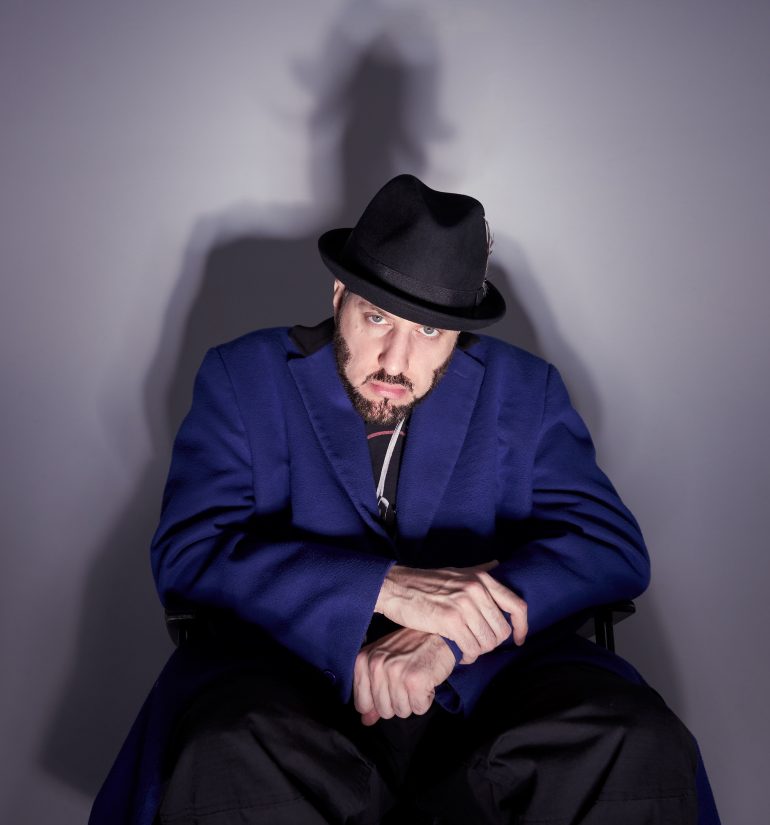 There are plenty of boxing fans in the hip hop community, but no MC is as intertwined between both worlds as R.A. The Rugged Man is. The Long Island-born rapper who was born R.A. Thorburn has become a popular figure in boxing, and always fields questions about boxing at his concerts.

He’d made a name in the sport with his boxing freestyle (“Mike Tyson will eat your kids for lunch, I’m like Willie Pep, I can win a round without throwing a punch”) and his 2009 on-air confrontation with Floyd Mayweather Jr. Prior to that, R.A. had served as an important bridge between boxing and urban news outlets, writing stories on Winky Wright, Bernard Hopkins and Mayweather for magazines like Source, XXL and Vibe.

“You always end up talking boxing with rappers,” said Thorburn, who lists Royce da 5’9”, Vinnie Paz and, more surprisingly, Kool Rock Ski from the Fat Boys, as among the biggest boxing fans in hip hop.

There are boxing references littered through his third studio release, “All My Heroes Are Dead,” which dropped on April 17 of this year. The title came from a discussion with Immortal Technique about a song they were going to do, and R.A. decided it’d be a better album title, to summarize his feelings about the fall from grace that many beleaguered American icons have seen in recent years. The album was a hit around the world, debuting at no. 7 on the US Billboard Heatseekers chart, and going to no. 1 on iTunes Hip Hop/Rap charts in Australia, the United Kingdom and Canada.

“Getting it heard wasn’t the problem. The main problem is the way we eat is off of shows, that’s where we get a big chunk of our money, so now with corona, with all my shows, I lost a whole half a year of shows that I could have made so much money for my family,” said Thorburn. Shows are starting back up again, beginning with four in Romania, Belgium and Switzerland in October, and then plans for another 28 dates beginning in April.

Since moving to Berlin four years ago, keeping up with the sport has been challenging, due to a lack of television coverage in Germany and the early morning fight hours. The last fight he’d been able to attend was the Naoya Inoue vs. Nonito Donaire classic last November, in front of about 20,000 fans in Japan.

One thing he has observed from living abroad is how differently fans in other countries revere their boxers.

“Fighters are more appreciated in other countries. America’s very superficial, what’s happening right now, what’s the hot shit, who’s the hot athlete right now. When somebody’s winning all the fights, ‘that’s the greatest fighter of all time,’ and then they got knocked out once ‘oh they were never shit.’ That’s America,” said Thorburn, who chalks it up to an obsession with celebrity status.

Though Jones is a legend, Thorburn isn’t too hot on the idea of him, Mike Tyson, Chris Byrd or any other 50-plus boxer getting back in the ring, exhibition or not.

“Tyson just has this thing where the public believes that he can beat everybody forever,” said Thorburn.

“It’s not good when you put 50 year old men in the ring punching each other in the head. Roy has been knocked out by one punch to Danny Green, he’s past it. He’s losing to guys that wouldn’t even be able to touch him back in the day, [like] Enzo Maccarinelli, he’s lost to so many guys. Even before all of those losses, when he lost to Glen Johnson after the [Antonio] Tarver fight, I thought he should never get in the ring again, he looked like a corpse, it was one of the scariest knockouts I’d ever seen of a great. I was like, ‘Please don’t ever go in the ring again, it’s too dangerous for him.’

“But he’s a grown man, Tyson’s a grown man and if they want to risk their health, I’m not saying they shouldn’t be allowed to. But I’d rather for their own good and their own health, I wish they wouldn’t.”

Thorburn has said that he’s yet to see any boxers who he thought were good rappers, but in the seven years since our last interview, more and more rappers have tried to put on the gloves for fitness, and to get Instagram likes. Aside from Willie D, the Geto Boys rapper who reportedly won a Texas Golden Gloves title in 1985 before going 2-1-1 in a brief pro career, Freddie Foxxx of Long Island was also known to be skilled with his hands.

Picking up some boxing could come in handy for a rapper, Thorburn says.

The opposite isn’t true, in his experience.

“How is rapping gonna help a boxer in any way? Any time a boxer makes a rap video, they usually get laughed at. But if a rapper punches out somebody they get praised. So I say the rapper should know boxing, more than a boxer should know rapping.”