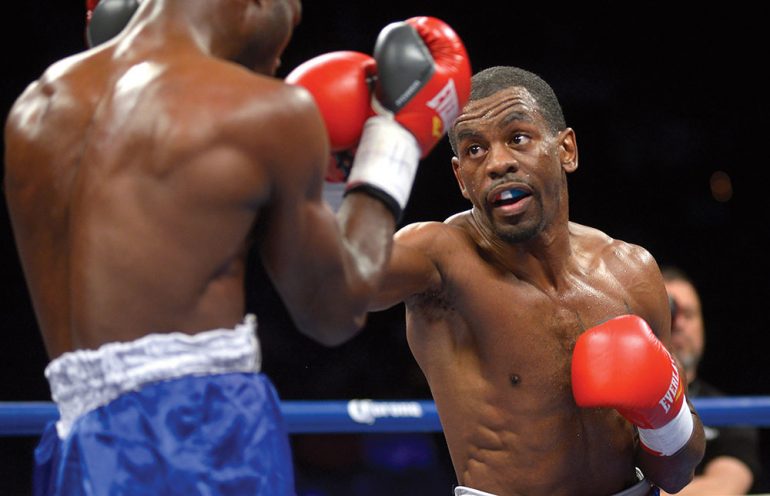 Herring, who is promoted by Top Rank and managed by trainer Brian “Bomac” McIntyre, defeated Puerto Rico’s Jonathan Oquendo by eighth-round disqualification in his last bout on September 5. Herring was unable continue due to a cut over his right eye that was inflicted by an intentional headbutt in the fifth.

The victory over Oquendo was Herring’s second defense of the title. In his previous bout on November 9, Herring (22-2, 10 knockouts) defeated then-mandatory challenger Lamont Roach by unanimous decision.

The 34-year-old Herring believes that signing a deal with MTK Global was the right move for him at this point in his career.

“I’m very excited about this next step in my career,” said Herring, who represented the U.S. at the 2012 Olympics in London and served two tours in Iraq as a U.S. marine. “I know that by adding MTK Global as an advisor, along with Brian McIntyre as my manager, I have the strongest team in the game.

“A special shoutout to my guy (Marketing Director) Jerry Cazarez and Jamie Conlan of MTK for helping push this over the line” said Herring. “The best is yet to come from Jamel Herring, and with MTK Global on my team, I know I’m going to get the right opportunities.”

Herring, who is rated No. 3 by The Ring at 130 pounds, will now look to make his next defense against Carl Frampton, who has already won titles at 122 and 126. The proposed date for that fight was November 14, but the injury to Herring will likely push it back to the first quarter of 2021.

The Nevada Athletic Commission has medically suspended Herring until March 5.

MTK Global Vice President Jamie Conlan is excited about the possibilities that lie ahead.

“We’re delighted to welcome Jamel Herring to the team,” said Conlan. “It became a top priority for MTK to work with Herring given who he is, his standing in the division, especially with ‘JoJo’ Diaz in the stable. As soon as we spoke there were instant synergies and we were able to get the deal over the line right away.

“This is a fantastic addition to the team and we’re proud to have the champ with us. We know how much Jamel and Carl Frampton are looking to square off with each other and it will be something everyone at MTK is now committed to fulfilling. [With us] working so closely with Top Rank, making these fights becomes very, very easy.”