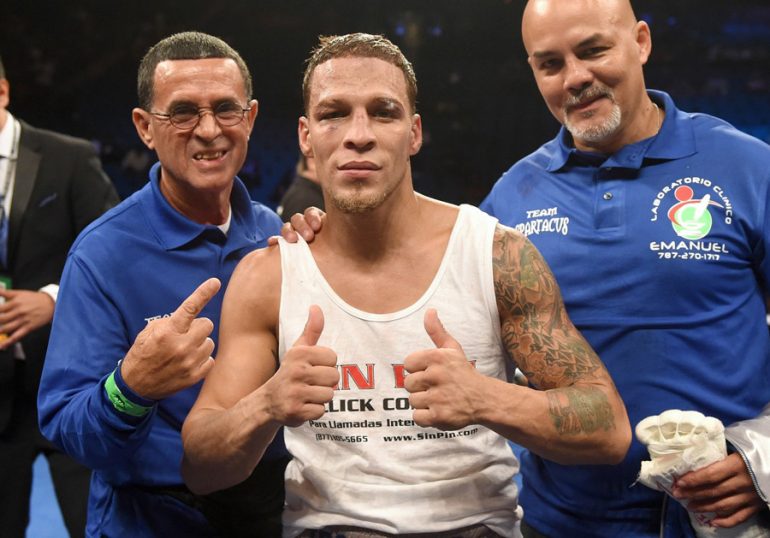 The 37-year-old is savoring his second and perhaps final opportunity to secure a title when he squares off against The Ring’s No. 3-ranked junior lightweight and WBO titlist Jamel Herring on Saturday at the MGM Grand Conference Center in Las Vegas (ESPN+, 7:30 p.m. ET/4:30 p.m. PT).

But Oquendo (31-6, 19 knockouts) would be lying if he told you that he wasn’t worried about potentially losing his chance at fighting Herring (21-2, 10 KOs) after the American twice tested positive for COVID-19.

“I was afraid that Herring was going to fight someone else,” the Puerto Rico native admitted. “I heard him talking a lot about (former two-division champion) Carl Frampton before me.”

Oquendo, who is coming off of a 10-round shutout of Charles Huerta last November, added that he can relate with Herring, who suffered two early defeats in his career, with some initially writing him off as a future champion.

But Oquendo, who was outpointed by Jesus Cuellar in his lone 126-pound title shot in December 2015, is prepared to give Herring a challenge.

“I respect what (Herring) has accomplished in this sport, but it’s my turn now,” he responded. “I expect to see the best Jamel Herring the world has ever seen.

“I’m prepared to fight the best version of him, but I’m telling you now, if he underestimates me, it’s not going to be in his favor. Jonathan Oquendo will have his hand raised as a world champion.”

Oquendo’s conditioning could be a major concern. He’s always in solid condition. But after two training camps were nullified due to the coronavirus, the possibility of overtraining is amplified, especially for a 37-year-old fighter.

Oquendo seemed assured that it won’t be.

“I’ve been in this sport for a long time,” he said. “The circumstances of the coronavirus are new, but cancellations and postponements are not. When they take place, you have to adjust accordingly.

“That’s just how life works. I’m in the best condition of my career, so there won’t be any excuses. But I can assure you that Herring’s toughest fight will have come against me.”