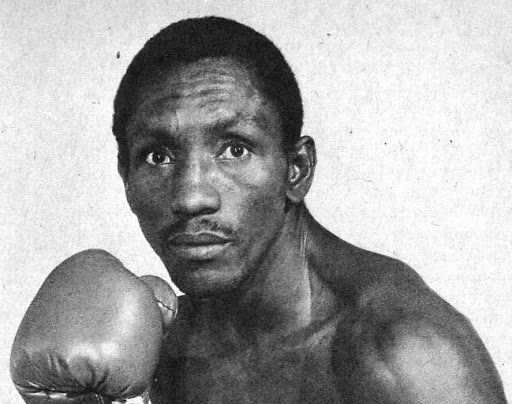 Colombian boxer-puncher Antonio Cervantes was a long-reigning champion in the 1970s and is widely considered to be among the best junior welterweights of all time.

Cervantes was born in San Basilio de Palenque, in the north of Colombia on December 23, 1945. The youngster endured a difficult childhood in an area which is recognized as the first site of a slave rebellion in the Americas.

“I lived in Chambacu, a poor neighborhood,” Cervantes told The Ring. “They called it ‘El Corral de Negros’ (The Black Yard). It was a rough neighborhood but a hard-working town. All my siblings, like my parents, were hard laborers. We all had to work, if not we do not eat. I did what I needed to do, along with my family, to survive.

“Shining shoes was my source of income. Back then everyone had to take care of their shoes and I would be there to give you the best shine around. The cigarettes were more underground and I would make up as much money as possible there, selling to everyone and anyone.”

His uncle first introduced him to boxing and gave him the nickname “Kid Pambele.”

“All the kids in the area liked to fight so that is what we did.” Cervantes explained.

In his teens the future champion met trainer Carmelo Prada, who began working with him. Cervantes only had three amateur contests before deciding to turn professional in January 1964 at the age of 18.

“When I first started as a pro they said people did not really take interest in me because I was not a good fighter,” Cervantes recalled. “I showed them my power and grit and oh did they like it after a while.”

Cervantes was unbeaten in his first 20 professional outings before dropping a brace of decisions to the unheralded Cipriano Zuluaga in late 1966. He lost three more fights but learned from the setbacks and avenged each defeat.

In 1968 Cervantes won the national title. He also began fighting in Venezuela, where Prada had moved to live.

In the fall of 1970, Cervantes made his U.S. debut, stopping Jorge Rodriguez in eight rounds. That win was followed by an impressive stoppage over future lightweight beltholder Rodolfo Gonzalez.

Cervantes won four fights in 1971 to earn a shot at the talented long-reigning WBA titleholder Nicolino Locche. Cervantes boxed well but dropped a 15-round unanimous decision to the Argentinean maestro at the famous Luna Park in Buenos Aires.

While Cervantes sought a second title opportunity, Locche was dethroned by Panamanian upstart Alfonso Frazer in March 1972. Later that year, Cervantes relieved Frazer of the WBA belt, stopping him in 10 rounds to become Colombia’s first world champion. Looking back Cervantes says that was his proudest moment in boxing.

“I became a national hero,” he said. “In Colombia we were used to almost getting to the top. Thankfully, I was able to change that and show we can be champions.

“I was invited everywhere, taken in different directions, everyone loves you when you are on top. When I won we celebrated that night, and when I got to Colombia we had a parade in Barranquilla and a great reception in Bogota.”

Over the next three-and-a-half years, Cervantes was very active, retaining his title on 10 occasions, often away from home. He turned back the challenges of the Locche in a rematch (RTD 9), Lion Furuyama (UD 15) and Esteban De Jesus (UD 15).

In March 1976, Cervantes was brought to Puerto Rico to face 17-year-old prodigy Wilfred Benitez. Cervantes entered the ring as a 4-1 favorite. Both fighters fought on even terms early on, but Benitez took over from the halfway point. The defending champion rallied but it wasn’t enough to keep his title. Benitez became the youngest boxer in history to win a world title, a record he still holds.

Cervantes convalesced and returned with five straight wins over the next 15 months. When Benitez vacated his title in search of welterweight glory, the Colombian was well positioned to regain it.

True to form, Cervantes cut up Carlos Maria Gimenez in five rounds to regain his WBA strap in June 1977. He followed that with title defenses over Adriano Marrero (UD 15) and Miguel Montilla (UD 15 and TKO 7). In total he made six defenses, fighting on the road in Thailand, South Africa, the U.S. and South Korea.

On August 2, 1980 Cervantes dropped the rampaging challenger in the opening round, but the buzz saw Pryor fired back and scored a fourth-round knockout.

Cervantes only fought a handful of times after that and lost to the unheralded Danny Sanchez in December 1983. He retired with a record of 91-12-3, 45 knockouts.

In retirement, Cervantes was instrumental in developing an aqueduct, a highway and energy resources in the area where he lives. He also battled a drug problem for many years but is now clean.

“They don’t write of the good outside the ring that much because the bad sells more papers,” said the 1998 Hall of Fame inductee. “I don’t like to brag, but I helped my people, my town, and I still do as much as I can.

“If I could, I would tell [youngsters to] stay away from all those bad vices: drinking, drugs, partying all night. All that does is take away everything you have. I finally stopped because my family and real friends helped me stop.”

Cervantes, now 74, lives on a farm in Turbaco, Bolivar with his wife. He has 11 children, three with his current wife. He also has many grandchildren and great grandchildren.

“I had many ups and downs,” admitted the former champion. “But nowadays I’m doing fine.”

The great Cervantes graciously took time to speak to The Ring about the best he fought in 10 key categories.

BEST JAB
Adriano Marrero: He was very incisive with the jab and threw it very hard.

BEST HANDSPEED
Wilfred Benitez: Fast as hell with both hands.

BEST FOOTWORK
Benitez: He moved [very well] to the sides and backwards.

SMARTEST
Locche: It seemed like he knew where the punches were going.

STRONGEST
Lion Furuyama: I could not hurt him, he kept coming for all 15 rounds.

BEST PUNCHER
Aaron Pryor: I had 106 fights and was only stopped twice, once by Pryor. I felt his hands.

BEST CHIN
Furuyama: I couldn’t knock him down, even with a baseball bat.

BEST BOXING SKILLS
Benitez: From a very young age he knew everything in boxing.