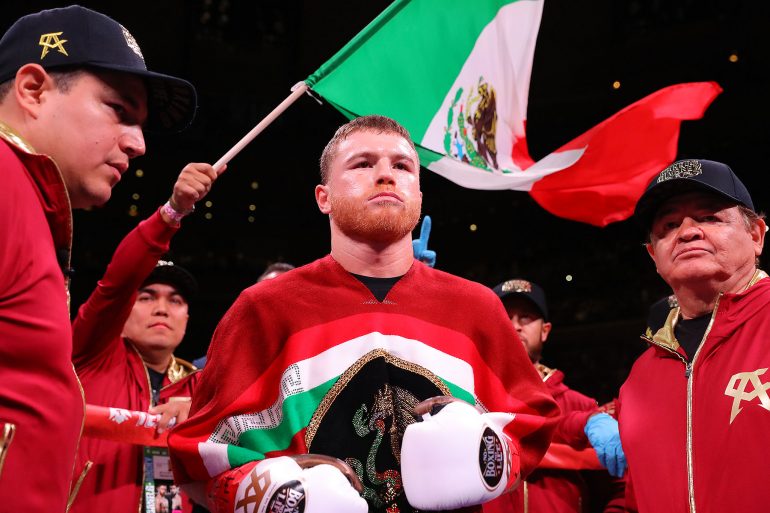 The WBC has ordered Canelo Alvarez and Avni Yildirim to fight for their vacant super middleweight title, it was announced Tuesday.

“The WBC Board of Governors has voted 36–1 to order Canelo Alvarez, the multi-division world champion who holds the WBC Franchise designation, to fight against the WBC’s mandatory contender of the division Avni Yildirim for the vacant WBC super middleweight championship,” the sanctioning body announced in a statement.

The WBC title became vacant after David Benavidez failed to make weight for this past Saturday’s defense against Roamer Angulo of Colombia. Benavidez, who was stripped of the title after weighing almost three pounds above the 168-pound limit, stopped Angulo after Round 10.

Alvarez (51-1-2, 36 knockouts), who resides in Guadalajara, Jalisco, has not fought since knocking out then-WBO light heavyweight titleholder Sergey Kovalev on November 2 in Las Vegas. Alvarez would vacate the title days later.

The 30-year-old pound-for pound star was originally penciled in to fight in September but nothing was finalized. He is expected to return later this year.

Yildirim (21-2, 12 KOs), who resides in Istanbul, Turkey, has not fought since February 23 of last year, when he lost to Anthony Dirrell via technical decision in Minneapolis, Minnesota. The fight was stopped in Round 10 by a ringside physician due to a cut above Dirrell’s eye that was caused by a clash of heads.

After the fight, the WBC installed Yildirim as the mandatory challenger for the title.

As yet, there’s no word on whether negotiations will take place between Golden Boy Promotions, which represents Alvarez, and Ahmet Oner, who promotes Yildirim.