Mike Tyson and Roy Jones make it official for Nov. 28 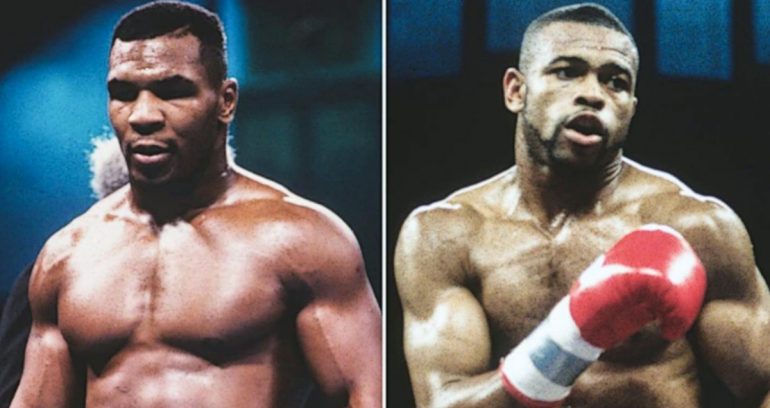 What had been recently rumored came to fruition on Tuesday, when Triller, the digital platform and viral app, announced the November 28 date “as new and official fight date for Mike Tyson’s return to the ring against Roy Jones Jr.”

Where it’s going to be held still remains a question.

Triller also announced that the Tyson-Jones exhibition has “new additions to the robust fight card.”

The release stated that “Given the enormous interest, the holiday weekend will make the exhibition an even bigger viewing event. The fight is the first event of a series produced under Mike Tyson’s Legends Only League, a sports venture owned by Tyson and Eros Innovations.”

Sanctioned by the California State Athletic Commission, Badou Jack vs. Blake McKernan and Viddal Riley vs. Rashad Coulter will be joining the fight card alongside the previously announced Jake Paul vs. Nate Robinson bout.

Swedish boxer and former world champion, Badou Jack will take on 13-0 Army veteran, Blake “The Beast” Mckernan in an 8-round battle. Jack held the title of world champion for both WBD super-middleweight and WBA light-heavyweight following his 2008 Olympic appearance.

Viral internet personality, trainer of YouTuber KSI and British professional boxer, Viddal Riley is set to face American MMA fighter, Rashad “Daywalker” Coulter. As a cruiserweight, Riley holds two wins by KO and holds a silver medal after winning the European Junior Boxing Championship in 2013. Coulter competed in the Light Heavyweight division of the Ultimate Fight Championship in 2017 and has found success fighting in multiple weight divisions throughout his career.

Tyson said, “Changing the date to November 28th will give more people the opportunity to see the biggest comeback in boxing history. This temporary inconvenience will last longer than Roy Jones Jr. He better be ready, I’m coming full force.”

“Mike Tyson & Roy Jones are legends in this sport and it’s an honor to share this stage with them,” said Jack. “It will be an exciting night for boxing and I’m proud to be able to donate the proceeds of my fight to the Badou Jack Foundation and continue to give kids across the globe a fighting chance in life.”

“Being on this card is an honor and I’m planning on showcasing my skills for the world to see,” said Viddal Riley. “I’m going make my mark in the Cruiserweight division on November 28th, so be sure to tune in.”

Tyson versus Jones Jr. will be sanctioned by a recognized sanctioning body, who will score the fight and present the winner with a specially-commissioned belt.

This four-hour live event will be airing globally with the main three hour card on Pay-Per-View and PPV streaming  on www.TysonOnTriller.com. The event will include multiple iconic musical performances which will be announced in the coming weeks.

The full fight card is as follows:

For more information on the fight and Tyson’s new league, please visit www.legendsonlyleague.com.