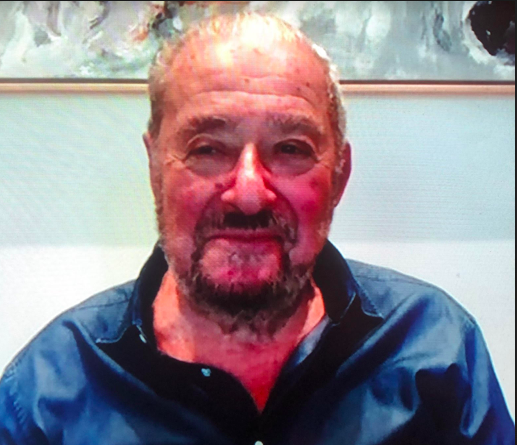 Bearded Bob Arum talking to Joe Tess, on ESPN. He sees not needing to shave as a benefit of the pandemic.
07
Aug
by Michael Woods

In times such as these, I find myself gravitating a bit more to the elders. They’ve been there, done that, and have seen cycles like this one, more or less. So, I figure, they might have a pearl or two of wisdom to dispense, which could help get me through the day.

One such elder in the boxing realm is Bob Arum. Oh yeah, man dispenses pearls. Sometimes the pearls are covered in a jagged barb or two. He also keeps you on your toes, sometimes zigging when I think he’d be zagging.

So it was with the chat the 89 years old in December Top Rank helmsman had with Ak and Barak, on the SiriusXM combat sports station.

Arum weighed in on the Ryan Garcia-Golden Boy Promotions beefing. “In terms of Oscar de la Hoya and Ryan Garcia, it’s very difficult for me to understand what Ryan Garcia is complaining about,” he said.

He feels for Oscar, he said. That’s because he’s in that same boat, he’s had to talk to the fighters and explain, hey, the money pot isn’t the same. Revenue streams aren’t the same, can’t sell tix, so that’s probably gonna affect the bottom line that you’d become accustomed to. It’s not just asses in seats, he said, remember, a PPV won’t get the lift from business at bars that they’d relied on.

“Garcia, as the way I read it, maybe I’m wrong” hasn’t embraced the new reality, as the promoter sees it. “I sympathize with Oscar and his position.” 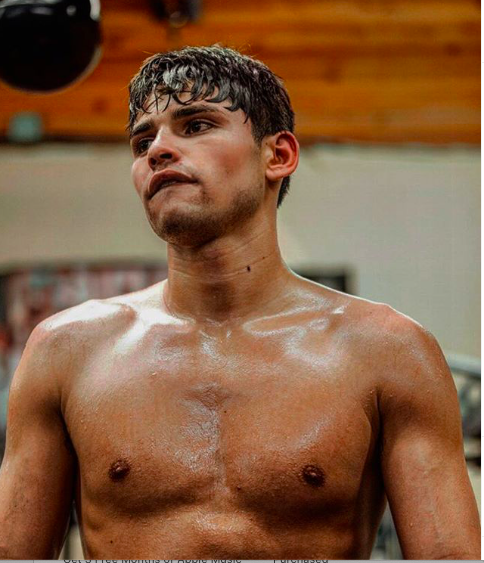 The heart-stealer Garcia isn’t afraid to make business matters public, on social media. Arum was asked how he views the dynamic between Ryan and Oscar.

“One thing I learned from Covid-19 … you save 15 minutes a day by not shaving. I’m enjoying having a beard,” the Hall of Fame promoter tolds the hosts. For the record, Ak is now a Jersey guy, while Barak lives in Brooklyn. Arum grew up in Brooklyn, he told the gents. It was a lowkey, chill chat, Ak and Barak do a solid job having that vibe, and yes, it helps lift the content. Guests feel like they can come on, and they know they won’t get pierced with contentious gotcha queries.

And the gents asked about how the negotiations are progressing to make a Vasiliy Lomachenko and Teofimo Lopez. “I love Teofimo,” Arum said, but it’s along those same lines. Arum said that the Brooklyn bred Lopez, who wants to step up to challenge Vasiliy Lomachenko, wouldn’t command the same purse now that he would have received sans pandemic.

“I expect to conclude negotiations with Teofimo shortly …and Lomachenko is voluntarily reducing his purse in order to get this fight done,” Arum told the satellite radio hosts. 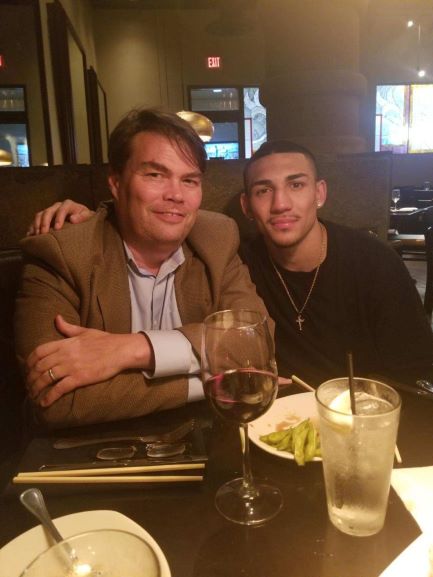 Advisor David McWater is seeking to find a common ground purse that he AND Bob Arum see as “fair,” for young Lopez.

“We never cut anybody below their minimums, ever,” he shared. That figure that you’ve seen posted, Loma getting $3.5 million, “that isn’t very far from the truth,” The Bobfather said.

Arum came off as reasonable when asked if he thinks it would be smart for a fighter, like a Lopez, to say I want to put it off, I want to wait till the coronavirus dies down. He wouldn’t recommend it, he said, but he’d be accepting of that decision. That’s because he knows this is the boxing BUSINESS…it’s not personal.

More tidbits… If a site is willing to pay the fight fee needed for Crawford-Pacquiao, the fight will happen, he said. He’s still talking to monied sources in other nations, which are more so open for business. No, Saudi Arabia isn’t where he’s thinking he could maybe place Crawford vs Pacman, but he didn’t offer more location specifics beyond that.

Talk to me, readers…You agree with all Bob’s points? He was making common sense points, to me…but maybe you disagree. Tell us in the comments section.

NOTE: The Ak and Barak show runs on SiriusXM, and can also be found on the DAZN platform.