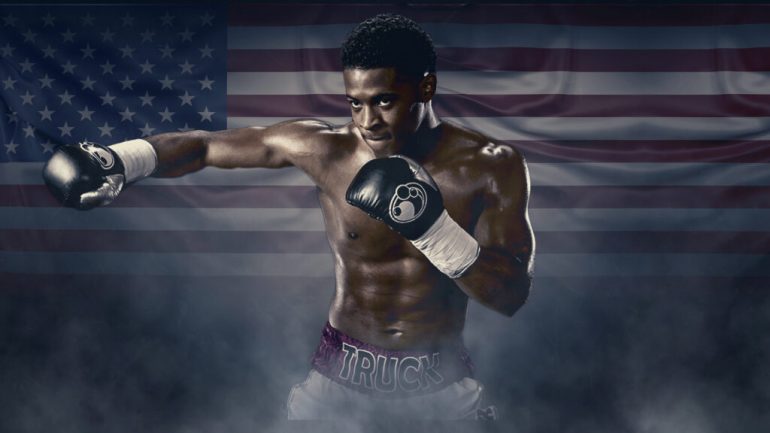 Simpson is the first American-born fighter to sign with MTK Global.

The 20-year-old (8-0, 5 knockouts), who resides in Baltimore, Maryland, last fought on July 11 in Biloxi, Mississippi, stopping Alex Sandro Duarte in the opening round. He has stopped three of his last five opponents.

MTK Global has been impressed with Simpson, an amateur standout who is the nephew of former world heavyweight titleholder Hasim Rahman.

“We’re proud to be welcoming Lorenzo Simpson to the team,” said MTK Global CEO Bob Yalen. “We’re always striving to work with the best boxers in the world and we truly believe he is destined to reach those heights.”

“We’ve expanded into America recently with the unveiling of the MTK Tucson Gym, and with other moves in the USA on the horizon soon, we’re certain that Lorenzo can spearhead our presence in the country and become a huge name. He’s clearly a very exciting fighter and brings with him a superb amateur pedigree, so I urge fans to keep an eye on his progression because he’s definitely capable of achieving plenty of success.”

Simpson, who made his pro debut in December 2018, believes he can live up to the potential of prominent fighters that are represented by MTK Global.

“I’m really pleased to sign an advisory deal with MTK Global,” said Simpson, who defeated Antonio Hernandez by unanimous decision on January 25. “They manage a number of incredible fighters such as Tyson Fury, Billy Joe Saunders, Josh Taylor and more, so to be part of the same team as those guys is great.

“I’m unbeaten in my professional career so far, and now with my uncle Raheem and Xquizit Sports working with MTK Global, I’m looking forward to seeing where we can go from here. I boxed around the world as an amateur, so hopefully with this new deal that can happen again and fans from all over the globe can see me in action.”

Simpson is scheduled to return to action on August 29 against unbeaten Sonny Duversonne (11-0-2, 8 KOs) in an eight-round bout, which will also take place in Biloxi, Mississippi.