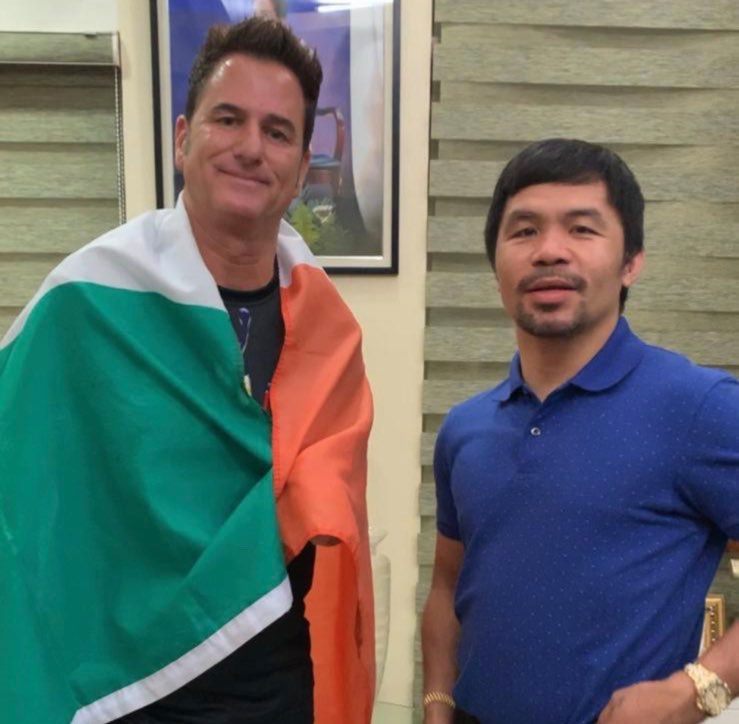 Conor McGregor does not, to the best of anyone’s understanding, speak Tagalog as his primary language. So when the Irish MMA star on Friday tweeted out the words “tinatanggap ko,” which translates to “I accept” in one of the Philippines’ main languages, most figured he was directing his words at Manny Pacquiao.

The two had been linked to rumors of a ring clash earlier this year, with that chatter kicking into the next gear in February when Pacquiao signed with McGregor’s manager, Audie Attar.

Sean Gibbons, President of MP Promotions, says the two parties have not formally discussed the fight, though.

“I’m not positive what his most recent cryptic tweet was, but reading it through, it seems like he still has a lot of interest in getting in the ring with the senator,” said Gibbons, referring to Pacquiao’s political office in the Philippines.

McGregor, 32, announced his retirement – not for the first time – from mixed martial arts in June, tweeting his decision after the conclusion of UFC 250. In his last fight, McGregor scored a 40-second knockout of Donald Cerrone on January 18, to bounce back from his 2018 submission loss to Khabib Nurmagomedov.

Officially, McGregor has a 0-1 pro record as a boxer, but that one fight in 2017 against Floyd Mayweather Jr. sold 4.3 million pay-per-views, according to Showtime’s disclosure, a figure that comes second only to Mayweather’s summit meeting with Pacquiao in 2015, which sold 4.6 million.

“Conor’s retired at the moment from MMA, and he’s probably just sitting around during this pandemic time, looking for things to do and bored, and he decided to restart the conversation, it looks like,” Gibbons said. 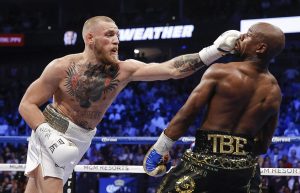 The 41-year-old Pacquiao (62-7-2, 39 knockouts) hasn’t fought since last July, when he defeated Keith Thurman by split decision to win the WBA welterweight title. Gibbons says the hope is that Pacquiao can get back in the ring before the end of the year, but the COVID-19 pandemic has made that possibility less and less likely.

“We’d love to get back in the ring in 2020, I’m just not sure it’s gonna be possible with the pandemic and not being able to have audiences in crowds,” said Gibbons. “It’s really kind of a fluid situation as you have to see what happens in the next month or two.”

McGregor isn’t the only fighter Pacquiao’s name has been mentioned alongside of.

Bob Arum, who promotes Crawford, and had handled Pacquiao’s career for much of last decade before Pacquiao left to do business with Premier Boxing Champions, said he’d like to match Crawford and Pacquiao for a fight in mid-November, but was uncertain whether that fight could be put together due to these rare world circumstances.

“It’s news to me,” said Gibbons. “You should probably contact Bob Arum to see what he’s talking about.”