Seniesa Estrada-Miranda Adkins: If I had to do it over again, I wouldn’t have approved that fight 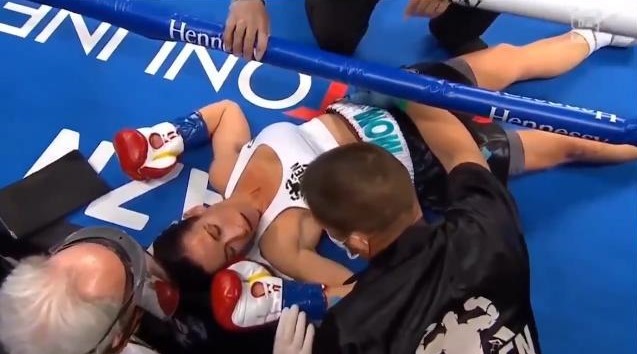 A five-punch combination knocked the previously unbeaten Adkins out cold. The 42-year-old from Topeka, Kansas, did not throw a punch.

Adkins entered the ring with a 5-0 (5 KOs) record. But four of her fights had come against boxers who were making their pro debuts. Last October, Adkins fought in a rematch against Shania Ward (0-3), knocking her out for the second time in a row.

Estrada was coming off a nine-round technical decision last November over 2012 Olympic bronze medalist Marlen Esparza. And therein lies the clear difference between both fighters. One has defeated elite opposition, while the other has beaten fighters with virtually no experience at all, which made for a very dangerous and scary situation.

“If I had to do it over again, I wouldn’t have approved that fight,” Foster said in an exclusive with The Ring Sunday morning. “I have never denied a (WBC title fight).”

A secondary strap, the WBC silver junior flyweight title, was on the line in the Estrada-Adkins bout.

“I certainly didn’t think she was going to win the fight,” he continued. “But I thought it would go longer than seven seconds.”

Foster then took the blame for what transpired.

“On paper, hindsight is 20-20 for everybody. Now that we know the outcome, I think it’s fair to criticize me for approving that because I’m critical of myself. I kinda blew this one.”

The Ring also learned that Adkins is the wife of midwest boxing promoter John Carden, owner of Carden Combat Sports. Rumors abound that he potentially played a role in landing Adkins the Estrada fight.

We asked Foster if that was the case.