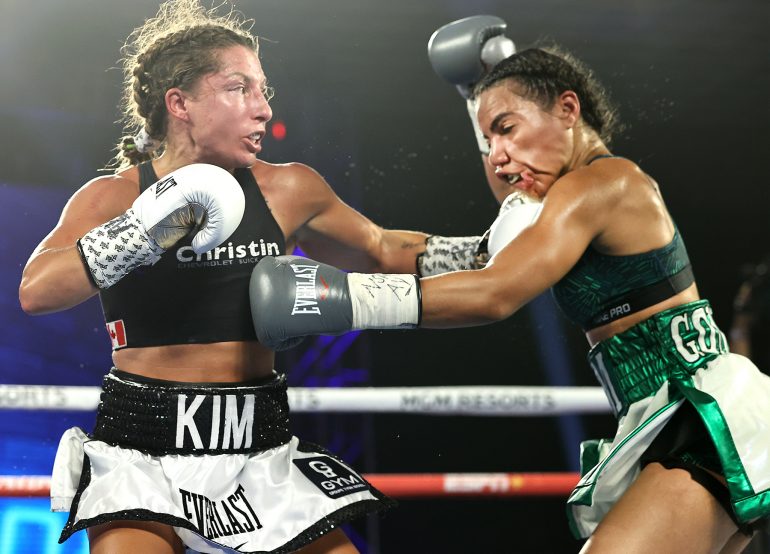 Clavel last fought on December 7, defeating Esmeralda Gaona Sagahon over 10 one-sided rounds. Clavel was scheduled to face Mexico’s Esmeralda Moreno in the main event on March 21, but the fight card was cancelled due to the COVID-19 pandemic.

After the Moreno fight was cancelled, Clavel put her boxing career on hold, working as an overnight nurse at retirement and elderly care centers in her hometown of Montreal, Canada, but she did train and shadow-box on her days off. Clavel did credit boxing as a release from the emotional and mental toll from her nursing job.

The 29-year-old was recently recognized for her dedication at her job as she was awarded the 2020 Pat Tillman Award at the ESPYs, which took place on June 21.

Clavel landed the more-effective punches throughout the fight. Gonzalez was game, but was not able to keep up with Clavel’s offense. As if she did not only have her hands full with Clavel, Gonzalez had to deal with her hair that became untangled during the fight. The fight was stopped twice so her corner could apply tape to keep her hair intact as much as possible.

Clavel, who is promoted by Yvon Michel, stunned Gonzalez with a left hook to the head with about 25 seconds left in round 8, but was unable to finish her.