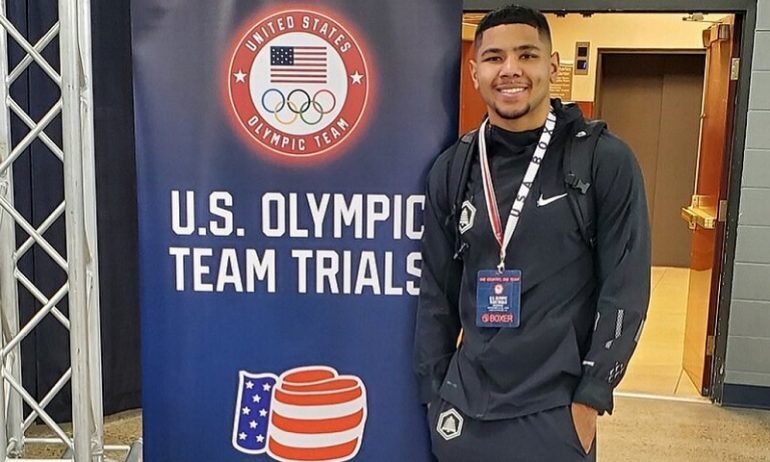 A 16-year-old Fulghum was at his family’s home in Killeen, Texas, when a pair of friends arrived unannounced to watch television with him.

“They showed up because they wanted to watch the Adrien Broner-Paulie Malignaggi (welterweight title) fight.”

“That was the first fight I ever watched, period,” he laughed. “It was crazy after the fight because Broner was like, ‘I came into town and I got his belt and his girl.’ And I was like, ‘What the heck is this? WWE or something?'”

And yet Fulghum’s inquisitiveness and restless mind made it hard to derail his interest in the sport.

“I didn’t officially become a fan until I went to the gym shortly after that and started boxing myself. Then I fell in love, like instantly.”

Then Fulghum had his breakthrough moment when he noticed a commonality among some of his favorite fighters.

“My favorite fighter of all-time is Andre Ward,” Fulghum stated, “but it is so hard to stick with one guy because I loved Sugar Ray Leonard, Tommy Hearns, Muhammad Ali, Evander Holyfield, so many names. I could keep going on.

“I try to take a little bit from each fighter but I noticed that nearly all of the guys that I personally loved to see fight, they all went to the Olympics.”

Of the aforementioned fighters, Ward, Leonard, and Ali captured gold medals (2004, 1984, and 1960 respectively) while Holyfield collected a bronze medal at the 1984 Los Angeles Olympics.

“I wanted to work my way up like they did,” he added.

Fulghum, 23, who also graduated in May 2019 with a nursing degree from Prairie View A&M University, has only been boxing for five years but that hasn’t stopped the young stud from collecting some championship hardware.

Fulghum won the National Golden Gloves in 2018 and also collected a gold medal last December in the 2020 Olympic Trials. But despite his victories, he is candid regarding where he needs to make improvements.

“I am definitely not the strongest or the fastest,” he admitted. “The first round is typically the hardest round for me. I am not a very fast starter.”

However Fulghum told The Ring that his ability to make adjustments by the second round gives him a tremendous advantage.

“I am an all-around skilled fighter. For my style, I can adapt quickly to most situations and I pick things up by the second round. For me, it is not about where you start but it’s about where you finish.

“I like to pick the brain of my opponent and see where his weaknesses are from the onset. Then from there, it is about trying to expose those weaknesses and using that to my advantage.”

Fulghum also believes his style of boxing is more suitable for the professional ranks.

“I have been told that I have a pro style of fighting,” he said. “In the amateurs, it is about touching and getting points. Are there pros to that? Absolutely but I think the pro ranks are going to fit better for my style, especially with how well I adjust. Every fight, I try to put more tools in the toolbox.”

Fulghum, a heavyweight, is training hard to be among the top three finishers at the American Qualifiers (which could take place next February or March) to clinch his spot in the 2021 Olympic Games in Tokyo. The normally quadrennial event was postponed for a year due to the COVID-19 pandemic.

“It’s hard to not think about the Olympics all the time but I have to,” he said. “Whenever I think about something else, that’s when I tend to lose focus. This is my life.”

In January, Fulghum competed at his first international competition at the Strandja Tournament, in Bulgaria, winning one of two bouts.

“It was a phenomenal experience and one that I believe has prepared me better for these Olympics, despite having to wait a little longer because of the coronavirus.”