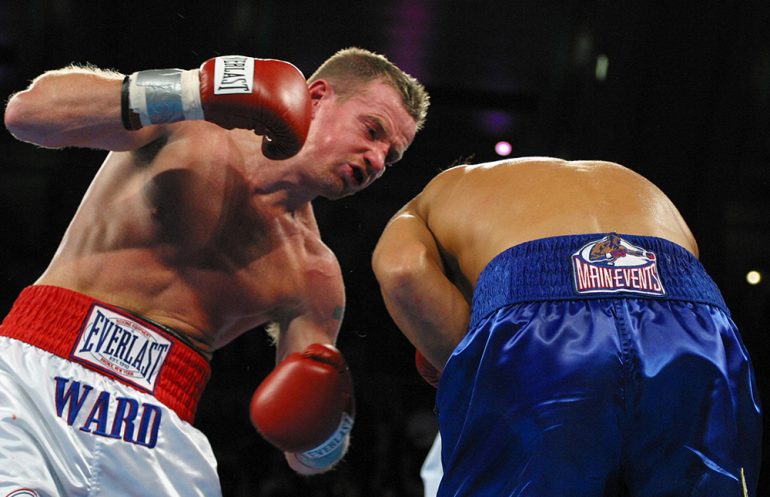 Ward (left) and Arturo Gatti in their second battle.
15
Jul
by Anson Wainwright

“Irish” Micky Ward may never have held one of the four main sanctioning body world titles, but he has a special place in the hearts of boxing fans for his all-action, never-say-die attitude.

The hard-nosed New England native’s career came in two parts. There was the early struggle before he retired for over three years, then the second act when he returned to enjoy a late flourish.

Ward won his first 14 bouts, but after losing four consecutive fights his record stood at 21-7 and he made the decision to walk away in the fall of 1991.

“I was burned out,” Ward told The Ring. “I kept being thrown in with top 10-15 ranked fighters. I was being used as an opponent and I wouldn’t do that. I lost my drive and got away from boxing. I didn’t want to continue fighting half-assed.

“I came back because I wanted to and I did it the way I wanted. Four years after my comeback fight, where I made $500-600, I made $1 million for the second Gatti fight. When people ask why I came back, well, that was why.”

Following five straight victories, Ward faced the unbeaten Louis Veader in April 1996. In a rousing display, he stopped Veader with his patented left hook to the body in the ninth round. He repeated the victory before dramatically stopping the unbeaten Alfonso Sanchez in seven on the Pernell Whitaker-Oscar De La Hoya undercard.

Although Ward lost to Vince Phillips in a world title fight and suffered another setback to an up-and-coming Zab Judah, he stayed relevant with outstanding battles against Reggie Green, Shea Neary and Emanuel Augustus. 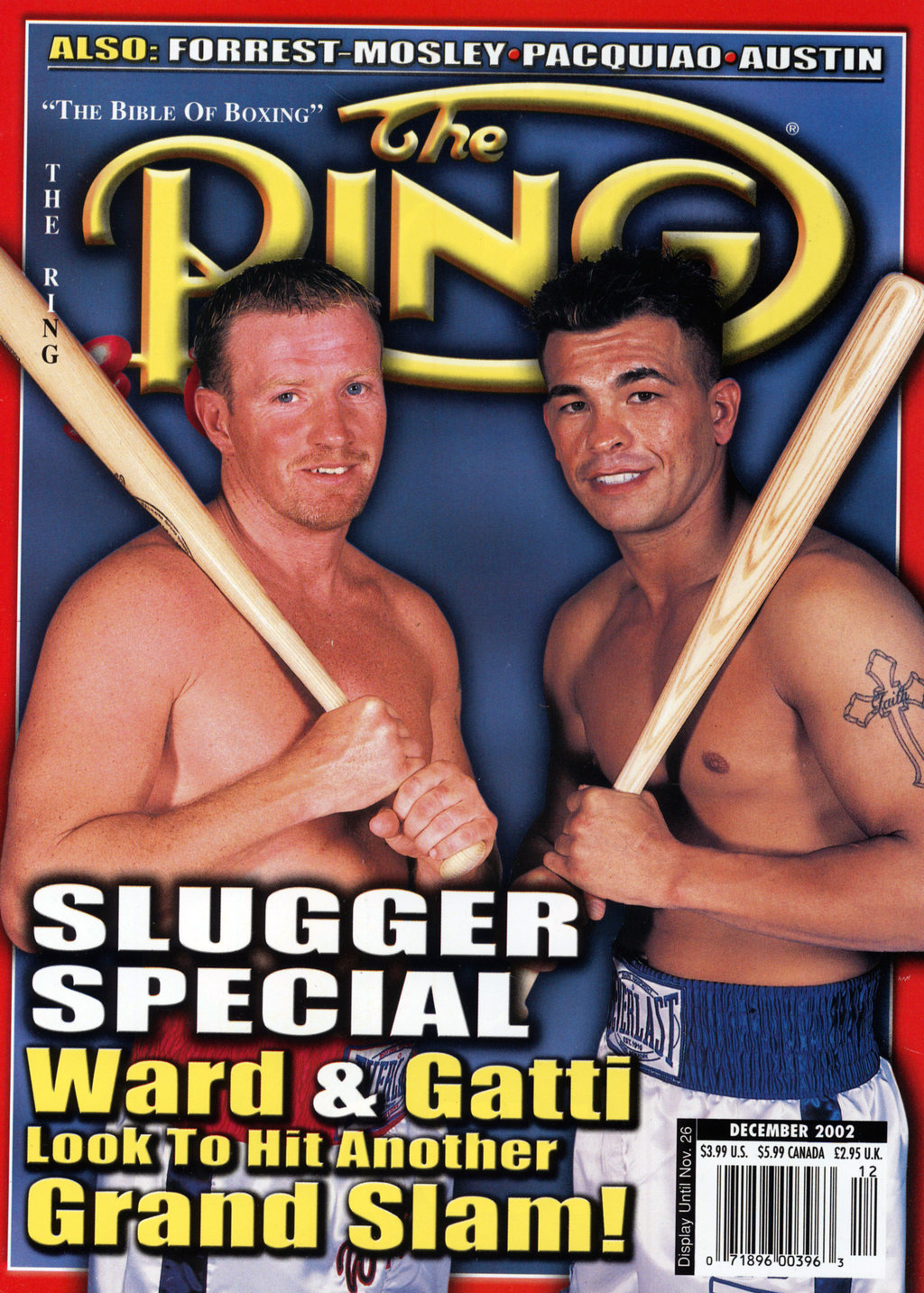 Those wins helped convince the HBO brass to match Ward against fellow warrior Arturo Gatti. The two ended up sharing 30 rounds of mayhem in one of the greatest trilogies in boxing history.

Ward had several highs and lows in his career, but he easily picked out his two standout memories.

“My proudest moments were winning the WBU title and, of course, the first Gatti fight,” he said. “I know it wasn’t a major title, but I won it in a foreign country and nobody thought I could do it.”

Bob Trieger, who is Ward’s long-time friend and publicist, knows Ward better than most.

“Micky announced that [the third Gatti bout] would be his final fight,” said Trieger. “I was concerned that people may feel that Micky wouldn’t be giving his best because it was his final fight and he was getting a million dollars. But that isn’t how Micky was built and I knew he’d give it his all.

“He told me that even if he received another million-dollar fight, he wouldn’t take it because this was the end. Part of his reasoning is that he had told Charlene that he’d marry her after he retired.”

A man of his word, in retirement, Ward married his sweetheart.

He went on to train Gatti for big fights and later went to Florida to train other boxers for a year. However, very few fighters had his desire and hunger, so he decided to go back to his previous life in Lowell.”

“I started working construction like I had when I was fighting,” said the now 54-year-old. “Today, I’m still doing some construction work along with motivational speaking engagements, special appearances and endorsements.”

Here’s what Ward had to say about his most memorable nights in the ring:

“I remember how hostile the atmosphere had gotten heading into the last round. The Hampton Casino is on the beach in Hampton, New Hampshire, which is a short drive from Lowell.

“I knew it was close and I was behind a little, but I never felt like I had to rush things. I fought every round, never desperately, and kept trying until I finally got him. The place went wild when I finished him off.

“I had to be practically carried from the ring to the nearby locker room. My face was busted up badly. I had left everything in the ring and literally couldn’t lift a bottle of water to my mouth to take a drink. My publicist, Bob, told the media to give me 15 minutes to get myself together before they came into the locker room for interviews, then I went to the hospital and had stitches.”

“From the time I landed in England I was treated very well. They were obviously for him, but I have nothing bad to say about my experience over there. They’re knowledgeable fans.

“I felt it was close, and I was fighting in his hometown, but I had been in tougher fights than him and I was ready. I wasn’t about to panic. I knew I’d catch up with him. I had worked on switching to a lefty stance and caught him. He was tough, though. I tapped to his head, ripped a hook into the body and went right into an uppercut with my left hand [for the finish.]” 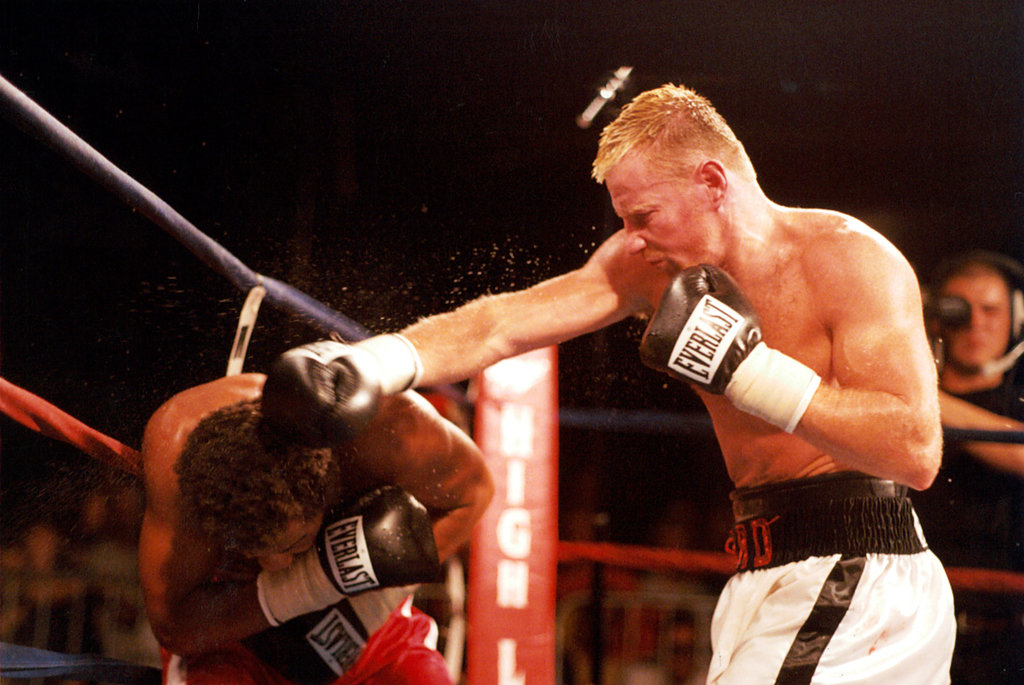 “There wasn’t much of a buildup, but it turned out to be one of my harder and better fights. The kid could fight – tough!  I needed to be at my best to win.

“I met Emanuel a year or two ago when USA Boxing fought Team Ireland in Manchester, New Hampshire. Emanuel and I were special guests.”

“There was a little buildup but not like our second and third fights. They didn’t know what they were going to get, [maybe] a pretty good fight because of our styles.

“I got cut early, but my cutman [Al Gavin] took control and the cut wasn’t a factor throughout. It was a tough fight. The ninth round was one of the [best ever] rounds: I knocked him down, he came back like he always did. He didn’t hurt me, but he had me on the ropes and I had kind of blown my load. I was catching my breath. I thought that the fight was ended after the ninth round. I guess it’s good it wasn’t or there may not have been a trilogy.

“I demanded $1 million for myself, after my promoter, manager and trainer had taken their cuts. I had all the leverage because I had won the first fight.

“I remember being told later that at the press conference in Somerville, Massachusetts, Arturo was quiet when he arrived and saw the reel of himself getting pounded in Round 9 being played over and over. He was upset and when asked what was wrong, he explained that he didn’t want to watch the same highlight reel of him getting beaten up.

“I felt good going into the second fight. I had healed up. In the third round I had my eardrum broken and after that I was out of it. I never got a chance to show what I had learned from our first fight.” 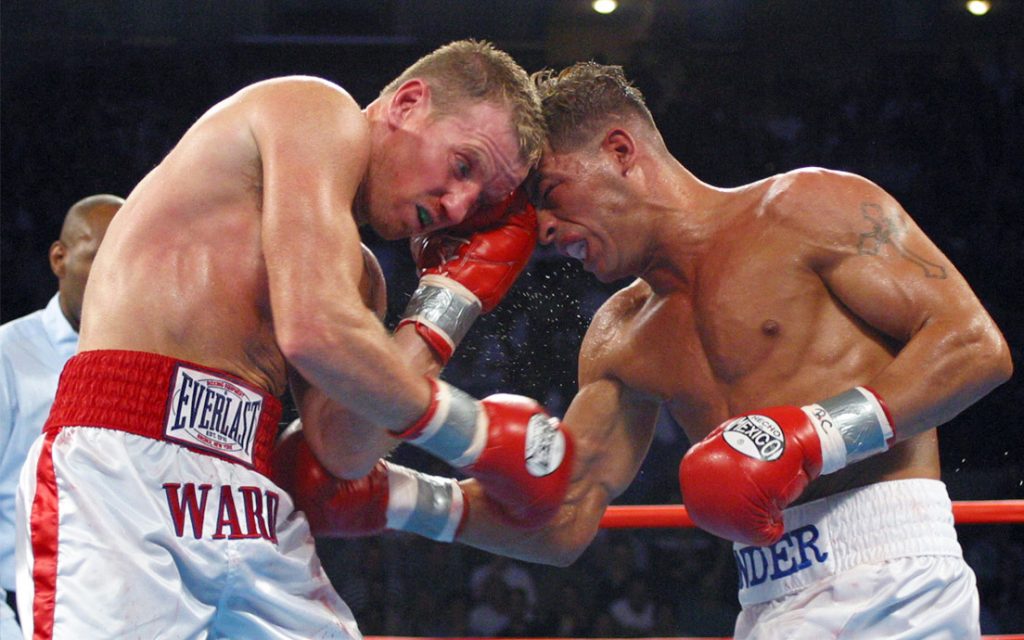 The final chapter between Gatti and Ward. Photo by Ed Mulholland

“It was because of the way we both fought and the respect we had for each other. We gave each other credit after the fight and showed you can still win and even hurt each other with no trash talking. We just tried to give our best. We got closer as friends with each fight and turned out to be great friends.

“I never thought of how special [the trilogy] was while we were fighting. I knew the first fight was something special but nothing like the trilogy turned out to be.”

CLICK THE IMAGE BELOW TO BUY THE GATTI-WARD SPECIAL EDITION FROM THE RING SHOP: 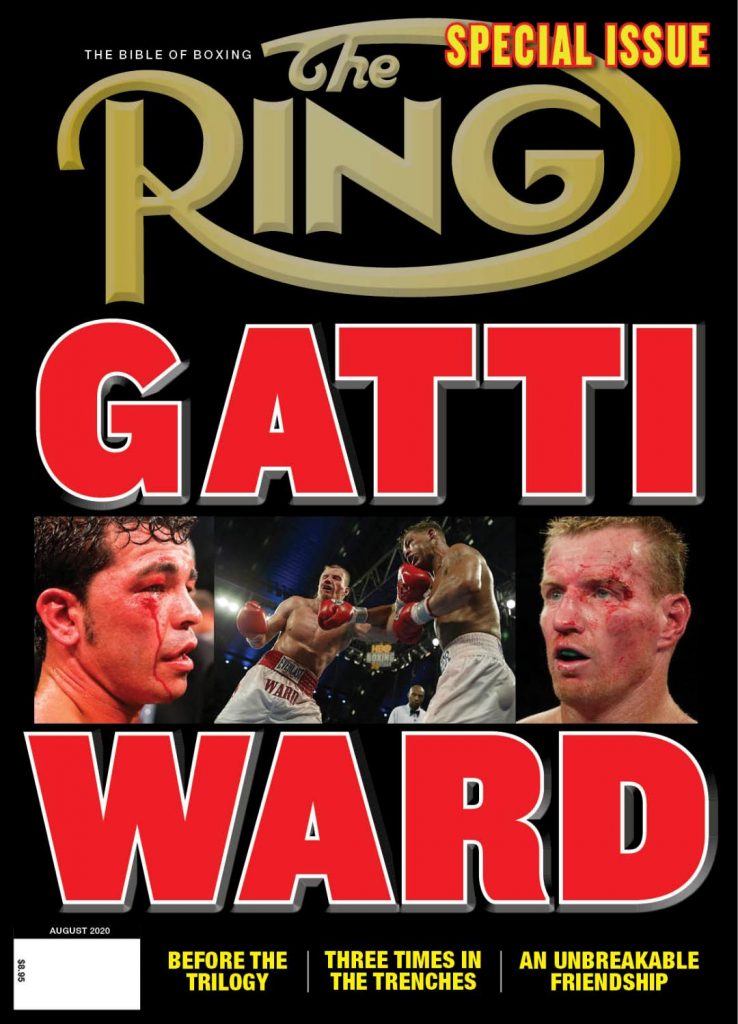