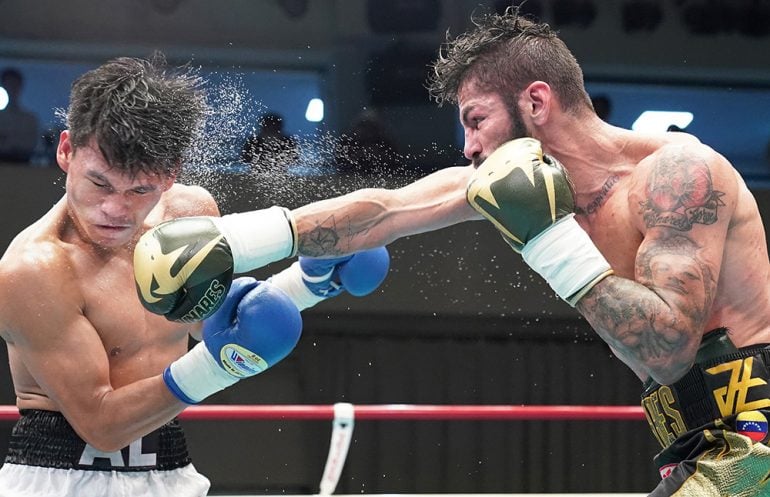 Jorge Linares and Javier Fortuna will meet in a lightweight crossroads bout on Friday, August 28 that headlines an event which streams live on DAZN.

The card will be promoted by Golden Boy Promotions and streamed live on DAZN. It will take place at the Fantasy Springs Resort Casino in Indio, Calif., though there will be no fans or media allowed in the building.

Linares (47-5, 29 knockouts) will try to string together his third straight win since his shock defeat to Pablo Cesar Cano in January of 2019. The 34-year-old former three-division titleholder from Venezuela last fought in February, knocking out overmatched Carlos Morales in four rounds. He’s been training in Japan during the coronavirus pandemic shutdown.

“I’m ready to return to the top of the lightweight division,” said Linares, who has faced top notch competition throughout his career including Vasiliy Lomachenko and Oscar Larios. “I’m also grateful to be headlining a card during this difficult time for the world, but I hope to provide everyone with a bit of diversion and excitement as I get closer to regaining my throne as the king of the 135-pound division.”

Fortuna (35-2-1, 24 KOs) is also hoping to get back into a big fight with a win over Linares. The 31-year-old from the Dominican Republic has won two straight since a tumultuous 2018 that saw him lose a decision to Robert Easter and then be held to a no decision against Adrian Granados when he fell out of the ring and injured his foot.

“Don’t make any excuses on fight night,” said Fortuna. “Not the Covid. Not the travel. Nothing. Don’t blame it on an injury either. Just fight. Come ready for war because that’s what I’m going to do. And when you lose, don’t make any excuse.”

Undercard details will be announced at a later date, according to the event press release.

The event is one of three announced by DAZN on Monday as part of their return to live boxing operations in the United States. Also announced was the Vergil Ortiz Jr. vs. Samuel Vargas card scheduled for July 24, and the Julio Cesar Martinez vs. McWilliams Arroyo card on August 15.