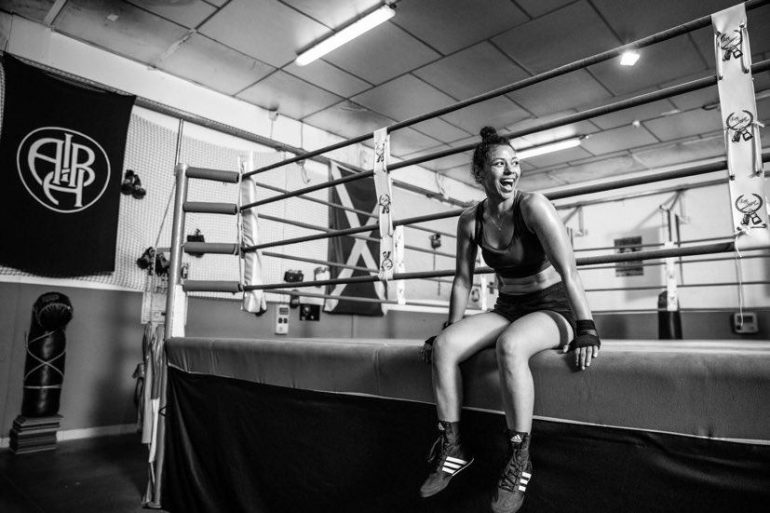 The battles a fighter goes through in the ring are captured on camera for the world to see. But for many, like Ruqsana Begum, the battles outside the ropes are just as consequential.

The London born boxer of Bangladeshi heritage has overcome cultural boundaries, an arranged marriage, chronic fatigue syndrome, panic attacks and more to live her best life as a fighter.

As she notes, women in combat sports wasn’t a popular norm nearly two decades ago when she first walked into a gym and was much less so for a Muslim woman like herself.

“It was unheard of,” said Begum, 36. “If you imagine someone who comes from my background, who is a young female, very small, petite girl walking into a boxing gym where there is just hardcore men in there and very few women, it was a different kind of era.” 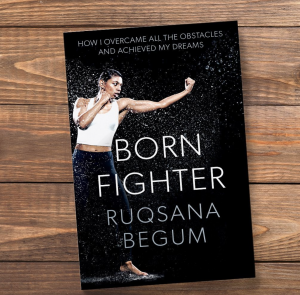 Begum details this and many other parts of her journey in her autobiography, Born Fighter, a 304-page book she co-authored with Sarah Shephard, which was published on June 25.  The book took about a year to write and address revisions from the publisher, Simon & Schuster, Begum says, and had been something she’d wanted to work on since she first became British Muay Thai champion in 2010.

“I remember people saying to me, ‘you don’t have a documentary, you’re not Katie Price,’ and I never really gave up. I just thought, well, I have a story to tell and it can impact people in a positive way,” said Begum.

For five years, Begum trained an hour a day in secret, concealing her kickboxing and Muay Thai fights from her family. At home, she was doing everything to look the part of a model student, earning a degree in Architecture from the University of Westminster.

After graduating, her parents arranged a marriage for her, which only further fueled her desire to pursue a fighting career.

“I just felt really trapped and depressed and bullied in that household,” said Begum. “The only way I could see myself recovering was through the sport. This is when I plucked up the courage to tell my parents, take them to the gym and show them where I spent my time and what I wanted to do.

“I felt that sport is a positive outlet instead of me being on antidepressants, being at home, depressed and suicidal. I’d rather be in a gym bettering myself, healing my body, healing my mind and finding my identity again.”

Among the advocacies Begum has undertaken through the years is improving sports access for Muslim women, starting a line of sports hijabs in 2016. “I felt like if sport should be accessible to all faiths and backgrounds, there needs to be inclusion and diversity for all faiths. One should not have to compromise on their faith in order to compete,” said Begum. Though she no longer has time to market them, she says anyone interested in obtaining one can reach her through her social platforms since she has some in stock.

After winning the World Kickboxing Association atomweight title in 2016, Begum transitioned to boxing in 2018. She traveled to Las Vegas to train with Ismael Salas, and, after just two months of adjusting to a rule set where she wasn’t allowed to kick or elbow opponents, she stepped into the ring for her first pro fight in her home neighborhood of Bethnal Green, on a card promoted by David Haye. The flyweight bout against Ivanka Ivanova ended in a four round draw, and 15 months later, they fought again, this time with Ivanova winning a decision. It was the only time Begum considered walking away from the sport.

“In Thai boxing it started off as a hobby, so there’s no pressure on me. I was just doing it because I purely loved the sport,” said Begum. “But with boxing, it was all eyes on me, it’s a different sport, I have to really prove myself. The pressure was there.”

But she didn’t quit, and has used the time during the pandemic shutdown to work on skills like balance and footwork, and hopes to be back in the ring before the end of the year in search of her first boxing win.

“I’m feeling mentally and physically stronger than ever,” said Begum. “I feel like I belong in the ring and I just need a chance to prove myself.”