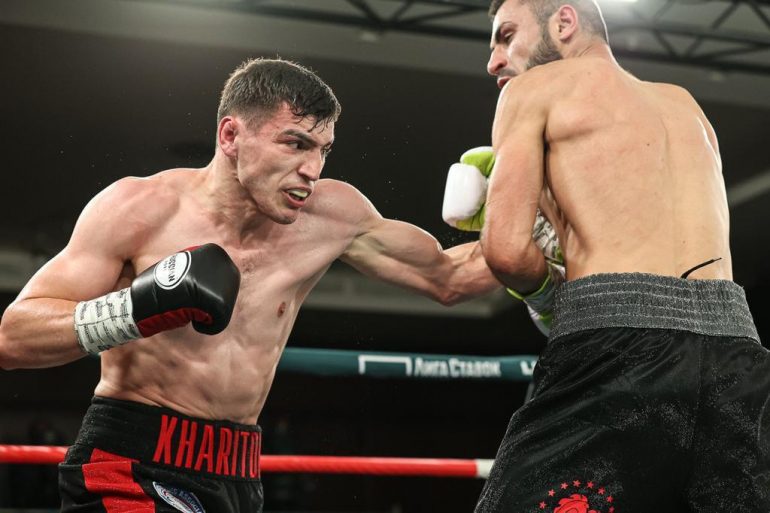 Best night of pro career and why: “I liked the last fight [against Manuk Dilanyan],” Agrba told The Ring through his manager Max Alperovich. “The opponent was the most challenging to date and, overall, after winning the fight, I feel I moved forward with my career.

“The preparation that went into it was completely different. There was a lot of new technological equipment and different types of training. I think it paid off, it gave me an immense amount of experience, and I feel I stepped into the next level.” 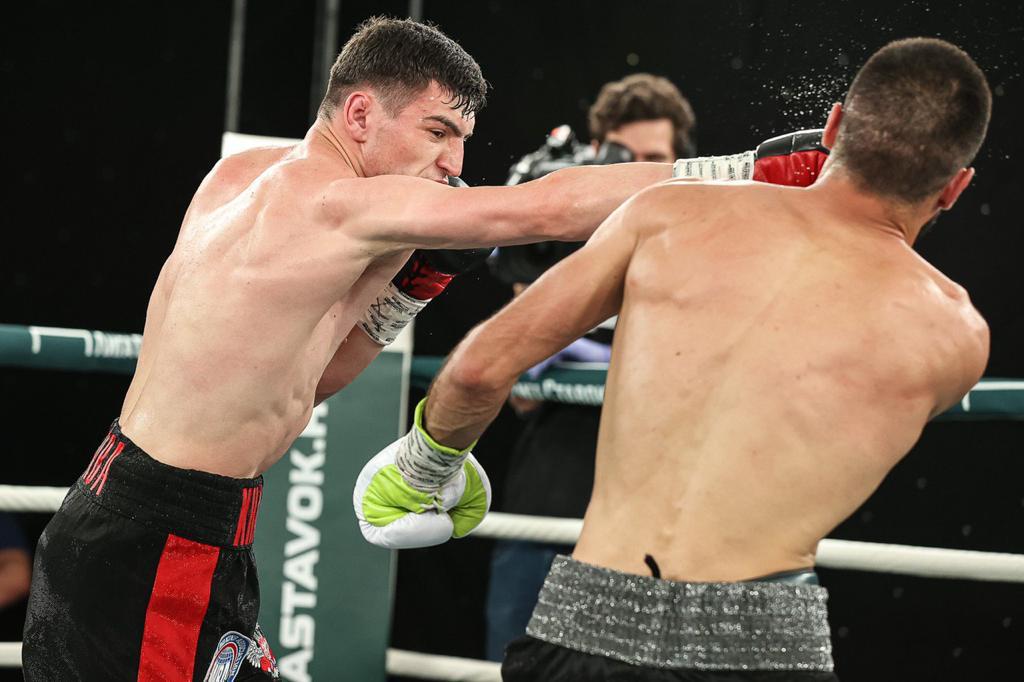 Worst night of pro career and why: Although the 24-year-old won a shut-out six-round decision over Shokhrukh Abdiev, he feels it was his least complete performance for a number of reasons.

“I was making my pro debut and I was emotional,” Agarba said. “It was a steppingstone into the pro ranks. The difference in the gloves [was an issue, and the pro game] is more aggressive than the amateur ranks. It gave me good experience and I adapted.”

Next Fight: The working plan is for Agrba to return sometime in August.

Alperovich is eager to see how things play out with the COVID-19 pandemic before fixing an exact date.

“It would be a shame to have him fight without the audience,” said the manager. “We’re going to weigh up all the options and see if there’s a difference in a week or so. If he can fight with an audience, we’re obviously going to go that route.”

For his part, Agrba has taken the challenging circumstances in his stride.

“It was a shame the audience wasn’t allowed to watch,” said the fighter in relation to his most recent outing. “I had to do what I had to do. I was psychologically focused. I came into to get the job done and I did it.”

Why he’s a prospect: The two-time Russian national runner-up has won many titles, including gold at the World University championships and Strandja Memorial tournament, and silver at the European games and World Cup.

Unfortunately, he wasn’t able to compete at the major tournaments because the Russian No. 1, Zamkovoy, was selected.

Thus far Agrba hasn’t taken part in training camps with any of the top names, but his management team will look to make the necessary arrangements in the not too distant future.

“There are plenty of high-level pros we can put him in camp with once the pandemic precautions are lifted,” said Alperovich. “We’re definitely going to get him the experience needed.”

The Russian boxer-puncher believes that he’s well-rounded but is constantly working to improve.

“I’m working on a lot of different things to bring out what I’m missing,” said the aggressive southpaw. “I think my main assets are speed and very unorthodox movement.”

Alperovich believes his fighter has a very high ring IQ.

“I think he’s got a little bit of everything,” he said. “He’s so intelligent; he’s looking at things the way trainers with 20-plus years of experience look at things. I’ve never had the pleasure of working with a fighter with this level of intelligence. He analyzes every movement, every step, he’s a pure professional.

“He does remind me of [former middleweight titleholder] Dmitry Pirog; the ability to adapt and move in a very unorthodox way.” 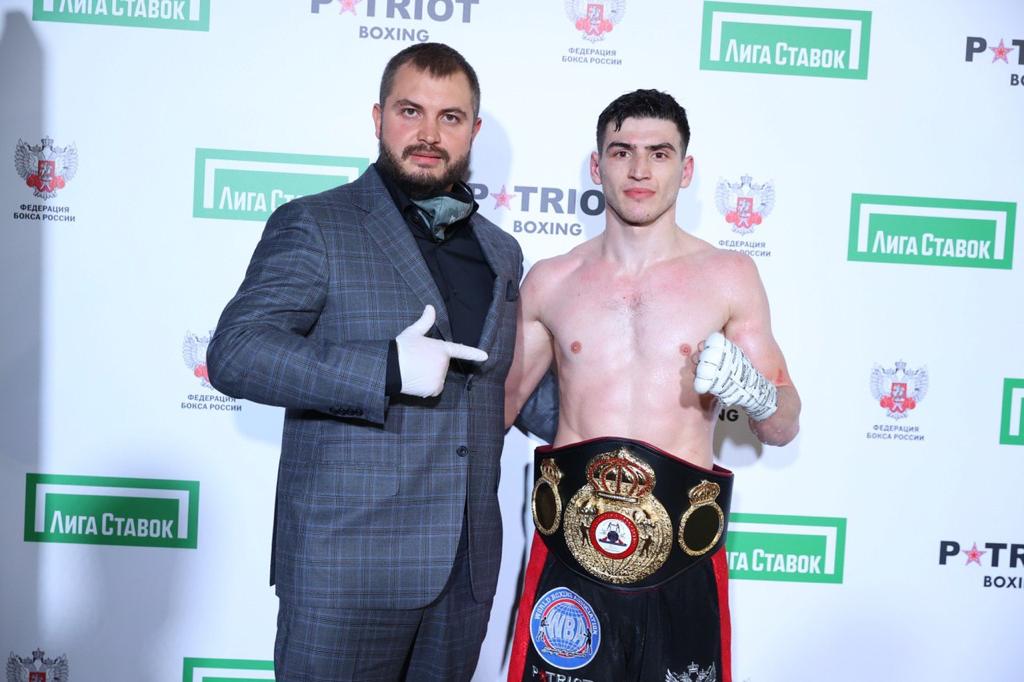 Why he’s a suspect: Agrba ticks all the boxes of a rising star. However, there are always areas a young fighter can improve on.

Alperovich feels there are a few wrinkles that need ironing out but nothing that won’t come with time and experience.

“I think he still has a little bit of an amateur style,” said Alperovich. “He needs to make more of a transition to the pros. He possesses a little bit of the European/Russian style. I would like to see him spar more with slick American fighters.

“The fundamentals: use more jabs, more angles, as opposed to the forward and backwards movement that European boxing tends to be.”

Agrba has had just three fights and went 10 rounds in his most recent outing. He is looking to move fast and with his amateur pedigree that’s definitely possible. He needs experience but his team is well connected and will move him accordingly.

The 24-year-old prospect looks like he has the potential to be one of the top fighters in his weight class within 10 to 12 fights.

Storylines: Agrba was born in Abkhazia, Georgia and lived there until his family moved north to Volgodonsk in Russia when he was three years old. He has lived in Rostov-on-Don since 2013.

“I’m from a post-Soviet era family where everybody is equal,” he said of his early years. “We had the basic necessities.”

His interest in boxing peaked in the early 2000s.

“I watched the highlights of Mike Tyson when I was eight years old,” he said. “I tried a little bit of wrestling, and when I was 10 I came by the local boxing gym.

“Most of the gyms are run by the state, which means they are free. The trainers only really get involved with guys who could potentially make it as fighters.

“My first trainer told me to throw straight punches and walked away from me and started helping other fighters. Forty minutes later he came back and asked, ‘Wow, what are you doing?’ I said, ‘You told me to throw punches.’ The trainer was really impressed that I didn’t stop throwing punches for 40 minutes and that’s when he took me seriously. I was in agonizing pain but didn’t stop.

“The trainer put more and more time into me and I started doing really well and winning fights and tournaments. Then I fell in love with the sport. I sleep, eat and drink boxing.”

Although Tyson grabbed his attention as a youngster, today he enjoys watching several of his countrymen and draws inspiration from them.

“I looked up to Kostya Tszyu because of his timing, the way he threw his right hand,” Agrba said. “I look up to [Artur] Beterbiev; it’s incredible how he possesses this physical prowess and moves forward in all-out aggression, yet he is strategically placed where he’s thinking when to attack. [Dmitry] Bivol’s movement is phenomenal.”

Agrba is married and has a six-week old daughter. He has a finance degree and enjoys reading, playing chess and watching his local team play ice hockey.