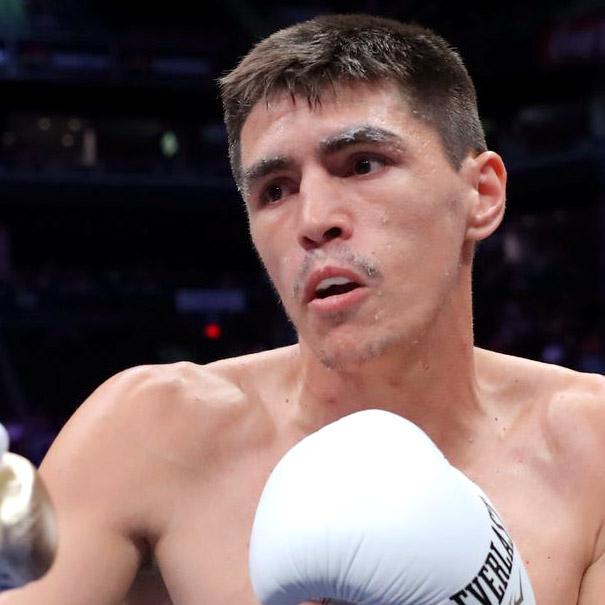 Few fighters in the world are willing to call out Terence “Bud” Crawford.

Say hello to one of them: junior middleweight WBO titlist Patrick Teixeira.

A 29-year-old southpaw from Brazil, Teixeira (31-1, 22 knockouts) scored the biggest win of his career last November when he outpointed Carlos Adames in an upset victory to win his first belt, says a fight with Crawford is his “dream matchup.”

“Terence Crawford is one of the pound-for-pound best fighters in the world, and I think a fight with him would be terrific for boxing,” Teixeira told The Ring. “Of course, he’s in a smaller weight class so we would probably have to meet at 154, but I think it would be a big fight for the both of us, and one that hardcore fans are really going to enjoy.”

Crawford, of Omaha, Nebraska, has won titles in three weight classes, including the undisputed junior welterweight championship, has yet to have a marquee fight, despite his impressive accomplishments. And like Teixeira, Crawford (36-0, 27 KOs) fights as a southpaw, but is also able to switch stances as fluidly as anyone in the sport.

Teixeira is down for the challenge.

“I want to fight Crawford,” he said. “I’d be delighted to get that fight, and I think there’s a great chance of that fight taking place.”

Ever since Crawford, who is promoted by Top Rank, made his debut at welterweight in June 2018 and stopped former titlist Jeff Horn in nine rounds to win the WBO belt, fans have been clamoring for a unification fight with two-belt titleholder Errol Spence Jr.

However, the problem, which is par the course for boxing, is getting the fight made. Meanwhile, Crawford, who has stopped 10 of his last 11 opponents, has become increasingly frustrated.

But Crawford has options. He could wait for a significant fight at welterweight or move up to 154 to shoot for a title in a fourth weight division. If Crawford wins, he would join a list of all-time greats who have also won titles at lightweight and junior middleweight, including Oscar De La Hoya, Roberto Duran, Floyd Mayweather Jr., Shane Mosley, Manny Pacquiao, and the late Pernell Whitaker. From a legacy standpoint, it sounds like an incredible idea for Crawford to take the calculated risk.

Teixeira, who is promoted by Golden Boy, insists that he wants to follow the company motto of ‘the best fighting the best.’

“I have a title, and I don’t want to defend the belt against just any random guy, I want to fight the best there is, and Terence Crawford is that man,” he continued. “It’s going to be a hard fight, a really challenging fight, and Crawford is tremendously talented.

“I see myself outpointing Crawford. It’s going to be really hard to knock out a guy like Crawford.”