How Roberto Duran lured Ray Leonard into a Brawl in Montreal 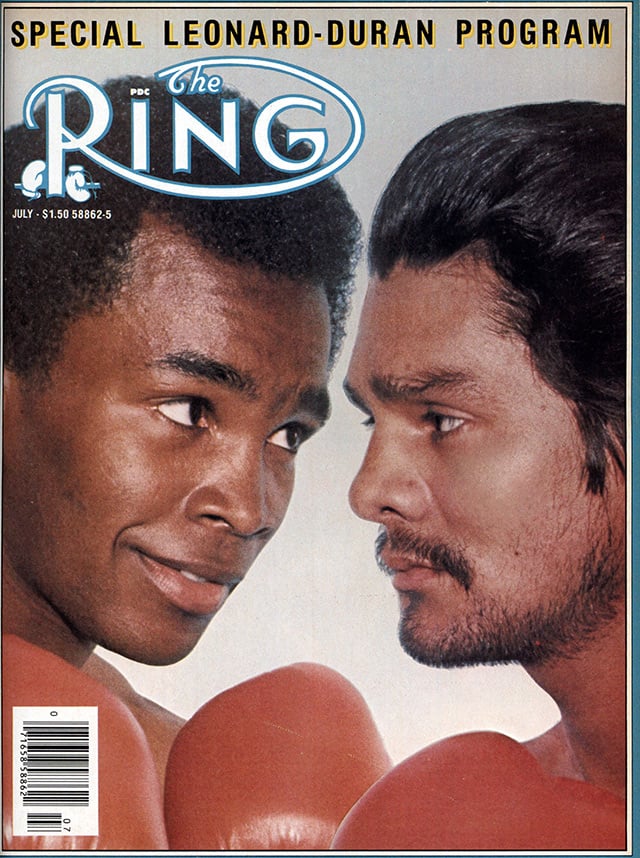 The echoes are four decades ago, and you can still hear a thin seething undertone in Ray Leonard’s voice when he reminisces about “The Brawl in Montreal.”

It’s a fight “Sugar Ray” still believes he should have won, had he not fallen into Roberto Duran’s psychological trap.

When it came to prefight gamesmanship, perhaps no one in the history of boxing was better at annoying, and mentally manipulating his opponents into a sheer fury than Duran, the all-time greatest lightweight.

Saturday marks the 40th anniversary of the “Brawl in Montreal,” which occurred on Friday, June 20, 1980, when Duran handed Olympic gold medalist and WBC welterweight beltholder Ray Leonard his first professional defeat by close, but unanimous decision in a 15-round fight at the Olympic Stadium in Montreal, Quebec, Canada.

The fight came during a time when boxing commanded the center stage of sports, embossed on national magazine covers, on the front page of sports sections throughout the United States and the world, and held a prominent role in the news cycle food chain as a leading subject.

Leonard went on to avenge the loss not once, but twice, regaining the WBC 147-pound belt in the infamous “No Mas” fight five months later, and again in the forgotten third fight in December 1989 when the two met as middleweights.

Bob Arum promoted the “Brawl in Montreal,” which took macho barbs to unheard of heights. Duran abused Leonard psychologically at the time, and Leonard couldn’t handle it. Duran wanted a war, and was willing to go to any degree to make sure he got his war.

Leonard played right into his hands.

Duran knew how to do it.

But Arum tells another story.

“It went beyond that,” the Hall of Fame promoter recently recalled. “The papers and the magazines, the media covering the fight watered that down a little. Duran had psychologically out-psyched Leonard. They were in two different hotels in Montreal and Duran had a spy who watched Juanita each time she left the hotel.

“Duran would get a call to hurry to a car that was waiting. He would have the car drive up next to Juanita and say things like, ‘I f— you after I beat your husband.’ That drove Leonard crazy. Leonard knew to beat Duran was to out box him. That fight became a slugfest, and you don’t really want to do that with a Roberto Duran.

“That caused Leonard to lose that fight. That just drove Ray crazy. It’s why he fought Duran the way he did during their first fight. Ray had to box to win that fight, and he knew it. And that’s what he did in the rematch and their third fight. But Duran, he just had a way of getting under his opponent’s skin. He’d do things that really pissed off guys.

“His fists felt like rocks. He hit me so hard, in so many places so many times, I really thought during the fight that it was going to be the last time I would fight. He had what I would say hurting power, because every time he threw a punch, it came with conviction. He punched with real hatred in his heart and in his mind. And I’ll admit the stuff he said leading into that fight got me going.

“He pissed me off. He challenged my manhood and I fell for it. I still say after all of these years his (verbal) attacks weren’t calculated. It’s just the way Duran was then. He won through intimidation. I wasn’t intimidated. I was mad. I wanted to kill him. I was what, 24, and I wasn’t mature enough to respond to his trash. I mean, his wife gave my wife the finger. I didn’t think it had to go that far.”

There was also an underlying matter that almost canceled the fight. During the pre-fight medical, it was discovered Duran’s EKG showed an irregularity; a heart arrhythmia. The fight was in jeopardy. A Panamanian heart specialist was jetted in and it’s believed that the heart arrhythmia was caused by diet pills Duran took to make 147. 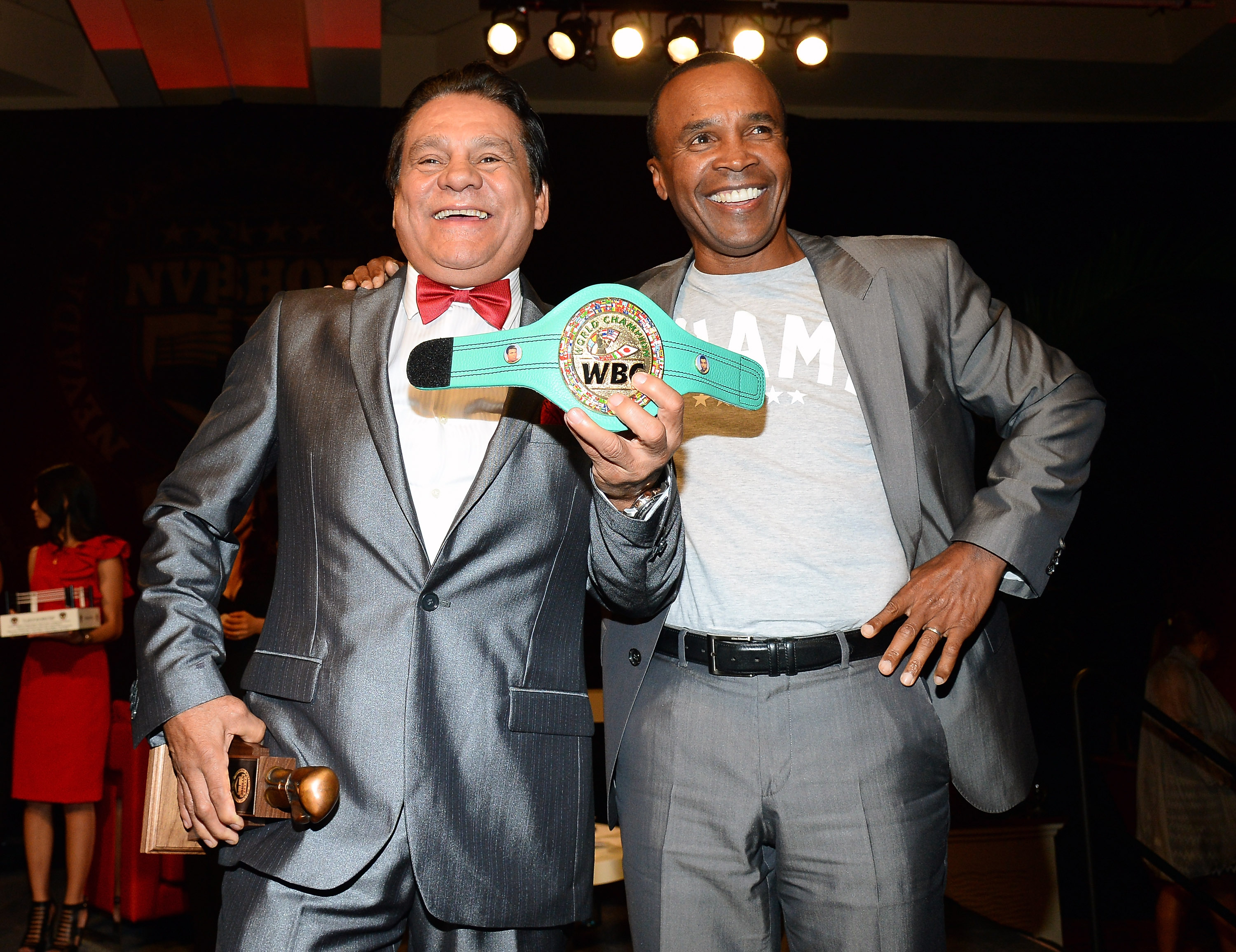 Roberto Duran and Sugar Ray Leonard have let bygones be bygones when they see each other today.

Ray Arcel, Duran’s Hall of Fame trainer, famously replied to the news, “You mean to tell me Duran has a heart condition? He doesn’t even have a heart.”

Leonard weighed 145, which today he admits in retrospect was too light, while Duran came in at 145½. Arcel kept pleading for a referee who would “let them fight,” and referee Carlos Padilla was instructed by WBC President Jose Sulaiman to “let them fight.”

There was real hatred going into the fight, during the fight, and after the fight.

“I don’t think Duran liked me very much,” Leonard said. “It became personal. He was so filled with resentment.”

The last 40 years have certainly mellowed Hands of Stone. Through time, Duran, the grandfatherly, round, jolly version, hugs the world. When Leonard and Duran see each other, they’re actually very friendly with one another, and it seems the past is left where it belongs—in the past.

But for fight fans who lived in that moment, it was a glorious time.

“And don’t forget, he won that battle,” Leonard is quick to point out, “but I won the war.” 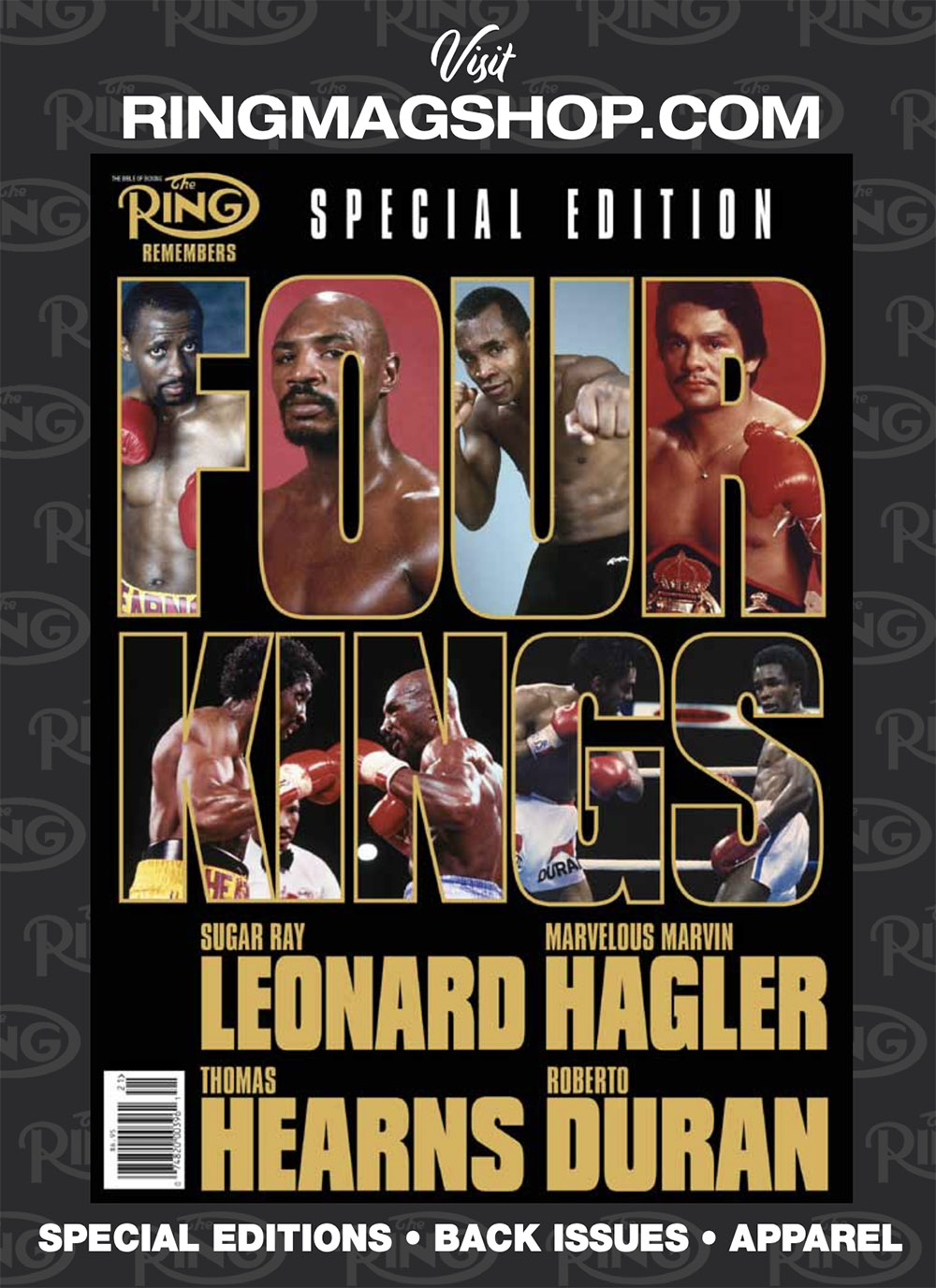