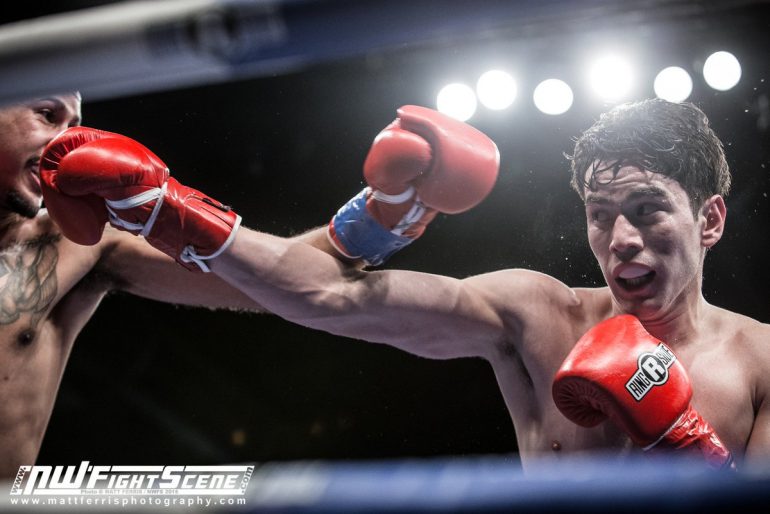 It was announced on Monday afternoon that undefeated featherweight Giovanni Cabrera Mioletti has signed a promotional deal with Banner Promotions.

“I am very excited to start the next chapter of my career,” said Mioletti. “I want to be a world champion and Banner Promotions can get me to that step.”

Mioletti (18-0, 7 knockouts) last fought on October 12 in his hometown of Chicago, Illinois, defeating Joshuah Hernandez by split decision over 10 rounds. He appeared on a “ShoBox” telecast in his previous bout on July 12, winning by unanimous decision over Luis Porozo of Ecuador.

The 25-year-old had fought on seven Brian Halquist Promotions cards before the Hernandez fight. Artie Pelullo, president of Banner Promotions, believes Mioletti has incredible upside to compete in a competitive featherweight division.

“I am very excited to add Giovanni to our growing roster,” said Pelullo. “He was brought to me by a friend of mine named Sam DiTusa. I have watched him fight and he is a very good prospect who already has some quality wins. I feel that his best fights are ahead of him and he will be a real player in the featherweight division.”

Prior to turning pro in April 2016, Mioletti split his time fighting in the amateurs between the United States and Guanajuato, Mexico, compiling a record of 60-5 and winning the Chicago Golden Gloves in 2013. His father is Mexican and his mother is of Italian descent.

On paper, Mioletti has been matched tough early in his pro career. Including the victory over Porozo, Mioletti has fought and defeated seven unbeaten fighters.

No word just yet on when Mioletti will return to the ring.