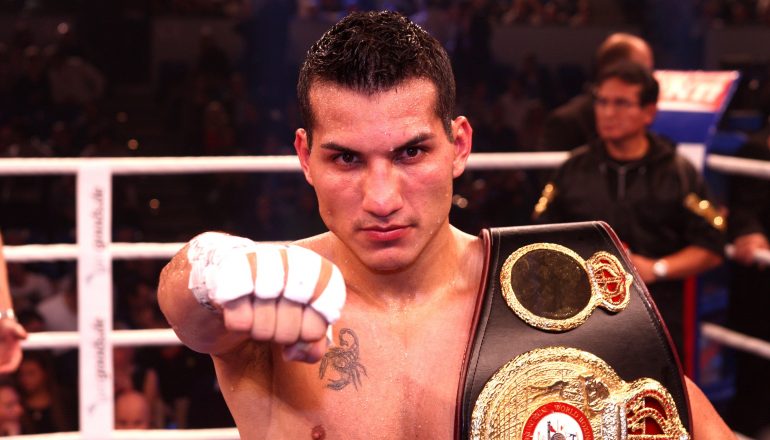 The Culcay-Cospolite fight in Berlin, along with the Mariusz Wach-Kevin Johnson fight in Konary, Poland were the first fight cards to take place in Europe since the COVID-19 pandemic broke out across Europe. Culcay-Cospolite was the first card in Germany since March 19.

There were no fans in attendance for either fight card.

Culcay was fighting for the first time since defeating previously-unbeaten Jama Saidi by unanimous decision on November 23. Cospolite entered Friday’s clash having lost once in his previous five bouts.

The fight was mostly tactical from the opening bell. Cospolite was game in spurts, but Culcay was the more-effective fighter, varying his attack with by throwing and landing combinations to the head and body of Cospolite.

With the victory over Cospolite, Culcay wins a regional title belt and a likely top-15 ranking by a sanctioning body. His most notable bouts were defeats to Demetrius Andrade and Maciej Sulecki in 2017, and Sergiy Derevyanchenko on April 13 of last year.

The rest of the Ango Sports card featured middleweight fighters from across Germany.

In the co-feature, Marten Arsumanjan won by knockout when previously-unbeaten Bjoern Schicke (16-1-1, 7 KOs) did not answer the bell for round 7. Arsumanjan has now won his last four bouts and improves to 10-1-1 (5 KOs).

In a clash of unbeaten middleweights, Vincenzo Gualtieri defeated hard-hitting Alexander Pavlov (10-1, 8 KOs) by majority decision over 10 rounds. One judge scored the bout 95-95, while the other two judges scored the bout 96-95 and 96-94 for Gualtieri, who improves to 15-0, 7 KOs.