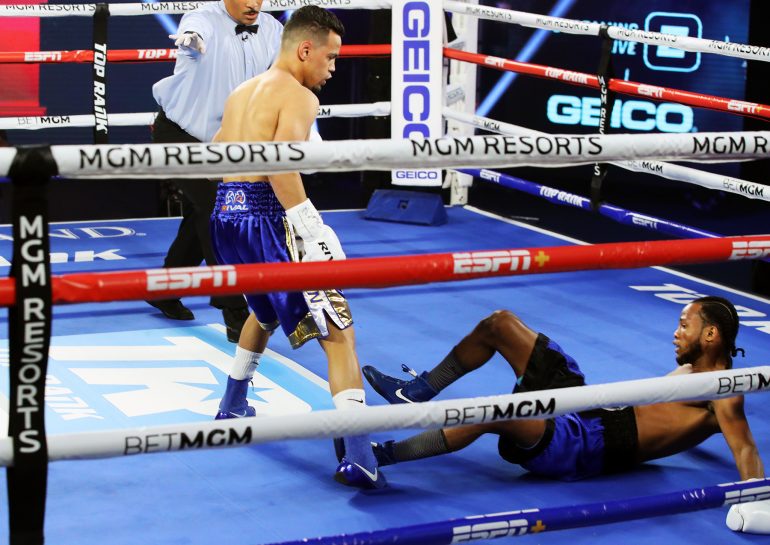 Boxing is back, and so is Robeisy Ramirez.

Due to the COVID-19 pandemic, fights are taking place without the presence of fans.

Ramirez (3-1, 3 knockouts), who captured two gold medals at the 2012 and 2016 Olympics, dropped Andujar early in the opening round with an overhand left. Andujar beat the count, but Ramirez quickly knocked him down again with another overhand left, and referee Tony Weeks immediately stopped the fight.

.@RobeisyR didn’t even need a full round ?

The time of the stoppage was 54 seconds.

The Dominican Republic’s Andujar slipped to 5-4 and has lost by knockout in his last two contests.

Ramirez, 26, lost his pro debut to Adan Gonzales in an upset split decision but has recovered to score three consecutive knockouts since.