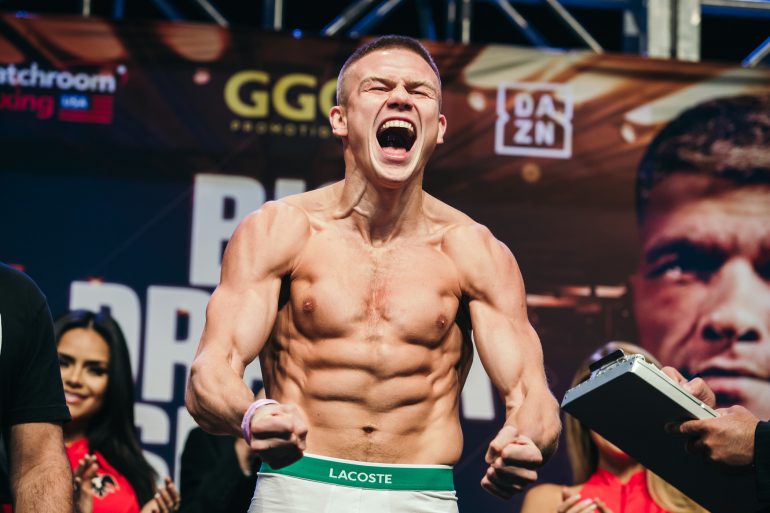 Ivan Baranchyk
29
May
by Joseph Santoliquito

It took Ivan Baranchyk seconds to answer “Yes!”, when his manager, David McWater, broached the possibility of fighting Jose Zepeda on July 7 in Las Vegas.

The 10-round junior welterweight matchup, which was first reported by Steve Kim on ESPN.com, will take place on Tuesday, July 7.

“I like the fight, I think it’s a candidate for fight-of-the-year,” said McWater of Split-T Management. “I think it’s a chance for millions of people to see Baranchyk. We think he’s going to be a monster star, if he can just get the exposure.

“It’s a big opportunity for him. We were supposed to fight Javier Molina. No disrespect meant to Molina, he’s a very good fighter, but Zepeda is a big step up. Like I said, it took about five seconds for Baranchyk to say yes.”

Baranchyk and Zepeda came up a few days ago.

Baranchyk (20-1, 13 knockouts) previously held the IBF junior welterweight belt, before having it wrested away by Josh Taylor on May 18, 2019, in Glasgow, Scotland, in the semifinals of the World Boxing Super Series. Baranchyk, 27, stopped Gabriel Bracero on October 5, 2019, at Madison Square Garden in New York City in his first fight after the Taylor setback.

Zepeda (31-2, 25 KOs) is a veteran southpaw who fought three times last year, losing to WBC titlist Jose Ramirez in Fresno, California, on February 10, 2019. He concluded 2019 with a 10-round unanimous decision on September 14 against Jose Pedraza.

Top Rank will promote the fight, which will be shown on ESPN.

“We like what we’re hearing from the medical people and the feedback that we’re getting about holding fights in Vegas,” Top Rank Hall of Fame promoter Bob Arum said in reference to testing with the COVID-19 pandemic. “We’re going to be careful and make sure everyone is tested and follows the protocols. The important thing is it looks like we’re going to get boxing back this year.”