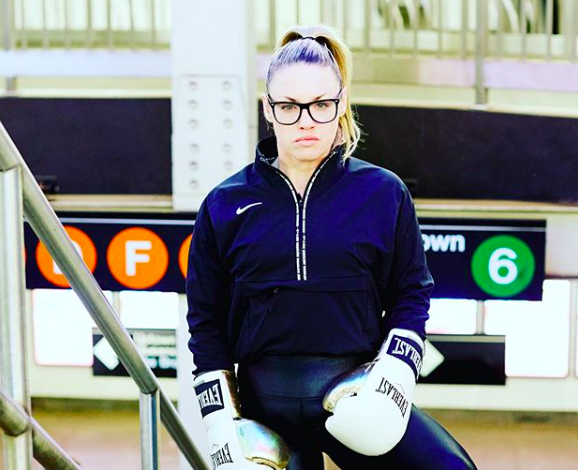 27
May
by Michael Woods

There is, unfortunately, a rich history of athletes, entertainers, celebrities of all stripes, steering away from potentially controversial matters.

It makes some sense, being that it isn’t hard to piss off a patron, and maybe lose a paying customer who won’t tune in to your fight, or watch your movie, because you didn’t stay in your lane.

Or, should I say, the lane that has been prescribed for you. I hear it, now and again, although because I’ve been active for a long enough spell, people pretty much “get it” if they choose to follow me on Twitter, for example.

“My lane” is, all due respect, what I say it is, and that can mean that on a given day I post a story on the rantings of Bob Arum, then weigh in on a funny thing my nine year old said, and follow up two hours later talking about how I believe the cop who kneeled on the neck of George Floyd in Minneapolis on Monday, until he lost consciousness, should be tried for murder.

“Stay in your lane, Woods,” you might expect I’d be hearing that now, but interestingly, not so much much. I can’t say for sure, but I’m thinking it’s at least partly because many, many people are mad as hell and not inclined to take it anymore. And that includes cops, and yes, fighters.

I cracked up today, after I had Tweeted out some characters that made it quite clear that I didn’t see who was being served and what was being protected when that Minnesota cop put his knee to the neck of 46 year old George Floyd, while he protested that I couldn’t breathe again and again and again. I scrolled the timeline, and saw that 55 minutes prior, Brooklyn-based boxer Heather Hardy (22-1, ex WBO champion) had made clear on social media her stance on what looks to be the public execution of Mr. Floyd.

Hardy posted this to her Facebook on Wednesday, May 27. “Watch this 9 minute video….

“Don’t look away. Don’t say you can’t stomach it. Don’t say it’s too hard to watch. Watch this video and listen to him use one of his last breaths to beg for his mother. To beg for his life. Now picture that being your son. Maybe your son in law. Your nephew. Your grandson. This is the world we are leaving our kids. MY KID. You owe it to this man. You owe it to the world we are leaving for my daughter. You watch this nine minute video. Show your children this nine minute video. Teach them. This is wrong and it’s up to US to stop it.”

For those unaware, on Monday, in Minneapolis, the 6-7 Floyd got detained by cops.

The Texas native, who’d moved to Minnesota 4-5 years ago, was told to exit the car he was driving, cuffed, and in video from a local store front, looks to be compliant. Footage then picks up from an onlooker, who captures one police officer atop a prone Floyd. The cop, identified as Derek Chauvin, has his left knee on the back of the neck of Floyd, who protests again and again and again that he cannot breathe. Off camera, someone, maybe another officer, commands Floyd to “get up” and “get in the car.” Floyd replies that he would, but he is being held down.

Minutes have passed, and more onlookers gather, and critique the conduct of Chauvin, while another cop stands guard. One on-looker continues to tell the two cops seen on tape that Floyd is in danger. “He enjoying that shit,” the onlooker says aloud, of Chauvin, who at one point threatens onlookers with a Mace type canister. The main voice-over heard on the tape time and again asks police to get Floyd on his feet, and stop putting pressure on his neck. He refers to Chauvin as a “bum” throughout.

“Check his pulse,” you can hear people present pleading. People watching start wondering aloud if Floyd is dead. An EMT-type looks to be checking for a pulse, a stretcher is brought to Floyd, he is not conscious as he is rolled onto the stretcher and driven off.

I watched the video, but couldn’t finish it, I started to tear up, and I didn’t want one of my kids to see me, and have to explain the context. Not so soon after explaining to them of the circumstances from February 23, 2020, when Ahmaud Arbery, an unarmed 25 year old black man, was shot and killed in Glynn County, Georgia. “JWB,” jogging while black, that seemed to be Arbery’s infraction. Gregory McMichael and his son Travis McMichael finally were charged with murder three months after the fatal meeting, after camera-phone video of the confrontation made the rounds.

Hardy well remembers the first “I can’t breathe” incident, when Eric Garner on Staten Island, NY got detained by cops on July 17, 2014, allegedly for selling single cigarettes. He was put in a choke hold by one “law enforcement” agent, said “I can’t breathe” 11 times while on the ground. He lost consciousness and was pronounced dead about an hour later. The medical examiner ruled homicide. The officer who choked out Garner, one Eric Pantaleo, was terminated in 2019. The Garner family received $5.9 million in damages, from the city.

So, Hardy’s patience has been thinned.

The Floyd post came on the heels of Hardy’s May 26 post, in response to a distressing incident caught on a camera phone Monday morning, 8 am, in NYC’s Central Park. Christian Cooper, a black male, enjoys bird watching in the park. He asked an NYC woman in the park, one Amy (unrelated) Cooper, to please leash her dog, as the law calls for.

The Caucasian Cooper, who works in finance, took offense, and upped the ante. She took umbrage and told Christian she’d call NY 911, and “I’m going to tell them there’s an African-American man threatening my life,” she said to him while dialing, then repeated to that operator, two times, “African-American.”

The video went viral and Cooper on Tuesday got fired by finance outfit Franklin Templeton. Note: NYPD got dispatched to the scene, but the dog walker and bird watcher had both departed the scene.

“Injustice anywhere, has to be made a part of the conversation,” Hardy, age 38, wrote on Facebook after ruminating on the Central Park tempest.

“I’ve dedicated my entire career to fighting to narrow the pay gap for women. Mostly, because I am a woman who suffers from this injustice and it was always easy to talk about and fight for. After the senseless murder of Ahmaud Arbery, I felt compelled to use my platform for change. To make racism part of the conversation, but how? Sharing articles and signing petitions seemed a real drop in the bucket compared to what’s been going on. How can a little blonde white girl possibly try to understand what people of color are going through? How can I try to picture a life where the color of my skin can mean life or death? Well, it’s time. I don’t know how to approach it. I still don’t know what the right words to say are, but for my friends out there of color, I’m sorry this is the world we live in. I’m thoroughly disgusted this is the world we are leaving our kids. #TeamHEAT will not tolerate racism. And please understand that in 2020 it is no longer enough to “have a black friend” or “not be racist.” We MUST speak out against it. We MUST be educators to our children, we must PUBLICLY condemn it and we must have ZERO tolerance. White people MUST do fucking better. I’m so ashamed, apologetic, and anxious to see us all do fucking better. One last note, for all the poor white people who love to talk shit about the disillusionment of white privilege. White privilege doesn’t mean your life isn’t hard. It means your life isn’t hard because of the color of your skin. 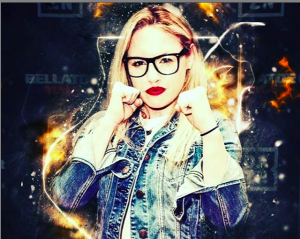 My three cents: The world keeps turning, and many athletes, and entertainers and celebrities, are quite angry about the George Floyd caught on tape abomination. But most will keep that ire private, and not risk losing some fans and followers.

That is not to their credit, we are where we are because supposedly good people have tolerated overt injustice for too long. Hardy, for one, isn’t having it anymore. Hardy (left) proudly reps Gleason’s Gym, and Everlast, two institutions known for having high standards regarding sports and citizenship, and proudly standing behind “progressive” values, especially for marginalized beings.

I asked her, what’s her primary takeaway from the Amy Cooper caught on cam Memorial Day special, and then seeing the last living moments of George Floyd:

“That be begged for his mom,” Hardy said. “In his last breaths. I’ll never un-hear that.”