Daniel Dubois wants Deontay Wilder: ‘He was champion a long time but his reign is over now’ 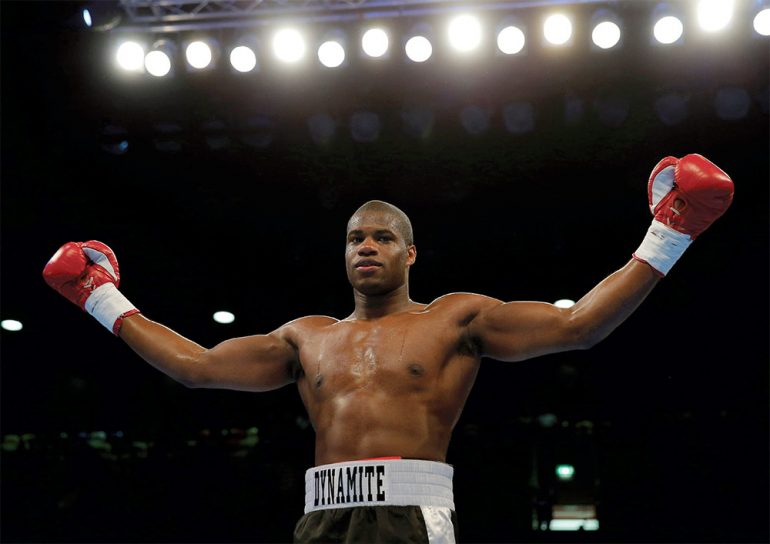 Photo by Action Images/ Andrew Couldridge
06
May
by Ring TV

DANIEL DUBOIS has backed promoter Frank Warren’s call for a mouthwatering match-up with Deontay Wilder and boldly predicted he’d “break him down”.

Speaking to Danny Flexen from SecondsOut, Dubois admitted he wasn’t privy to Warren’s plan to pair him with the ‘Bronze Bomber’ ahead of time but was sure the fight was “the right step”.

“He was champion a long time but his reign is over now. When we do meet, I’ll be looking forward to it.”

With a wry smile, the 22-year-old bruiser then added: “It’ll be interesting.”

Frank Warren said of Dubois earlier this week: “Daniel is the best heavyweight prospect on planet earth and he’ll have far too much for Deontay Wilder.”

“I’ve got more tools. I’ve got plenty of tools to use. I’ll find a way to win and break him down.”

Famed for the devastating punching power that has helped him to a 14-0 professional record, with 13 KO’s, Dubois was then asked whether he would knock out Wilder.

The answer was simple: “Yeah, of course.”

He added: “This is what the heavyweight game is all about, knockouts and exciting nights. It’ll be interesting when it happens.”

“He looked overwhelmed from the first second of that fight. He couldn’t get a foothold in the fight and he got beat up fair and square. He got beat down.

Warren’s call for a transatlantic dust-up between the two knockout artists came with just one caveat, that Dubois first overcame domestic rival, “The Juggernaught,” Joe Joyce.

The two British titans were scheduled to fight on April 11th, a bout that has since been rescheduled to July 11th because of the ongoing coronavirus crisis.

When the fight does take place, Dubois is fully confident he’ll rise to the challenge.

“I’m not overlooking anyone or underestimating anyone. This next fight with Joe is to see who is the best heavyweight in Britain and after that it’s ‘who’s going to be the number 1 in the world?’”

Dubois then took aim at the heavyweight division’s biggest names, adding that he planned to “move all the old guys out the way”.

The 34-year-old former champ Wilder may take some moving, but confident Dubois seemingly has his sights set on the very top of the heavyweight mountain.