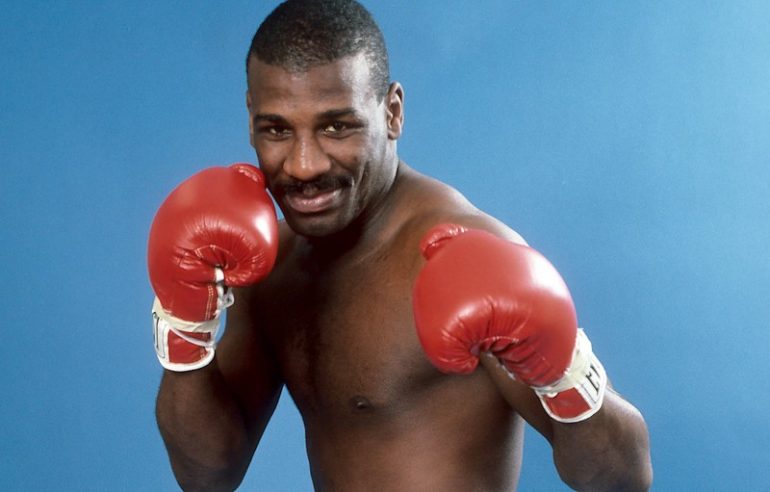 Photo from The Ring archive
17
Apr
by Anson Wainwright

Editor’s Note: This feature originally appeared in the January 2016 issue of The Ring Magazine.

Michael Spinks was one of the greatest light heavyweights of all time yet is best remembered for his brief run as a heavyweight and one horrific defeat.

Spinks and older brother Leon were among the brightest stars of the star-studded 1976 U.S. Olympic team, respectively winning the middleweight and light heavyweight gold medals in the Montreal Games.

Leon famously went on to take the heavyweight title from Muhammad Ali in his eighth fight – and lose to Ali in his ninth. The younger Spinks went undefeated against the best light heavyweights of his day. He outpointed Eddie Mustafa Muhammad to win a version of the title (adding two more belts later) and successfully defended it 10 times to establish Hall of Fame credentials.

But he was hardly finished.

In his first fight after vacating the light heavyweight titles, he outpointed Hall of Famer Larry Holmes to win the heavyweight championship in The Ring Magazine’s 1985 Upset of the Year. Then he did it again, outpointing Holmes seven months later.

“The second time wasn’t as good as the first time but I still think I won,” Spinks told The Ring recently.

Spinks stopped relative unknown Steffen Tangstad in four rounds in 1986 before knocking out Gerry Cooney in the fifth round the following year, his most spectacular victory as a heavyweight.

Then it all fell apart.

Spinks had the misfortune of intersecting with Mike Tyson when “Iron Mike” was at his fearsome best, in 1988. The result wasn’t pretty. Spinks lasted only 91 seconds in what many believe was Tyson’s most impressive victory.

“I knew I had a tough fight on my hands and tried to get through it as best I could and I came up short,” Spinks said. “It wasn’t a setback in my mental state of mind because that’s the game we play; we win some, we lose some.”

Obviously, that was Spinks’ worst moment in boxing. His best?

“I got a couple at light heavy and heavy. Winning the heavyweight crown was the ultimate prize in all of sports, so that had to be it,” he said. 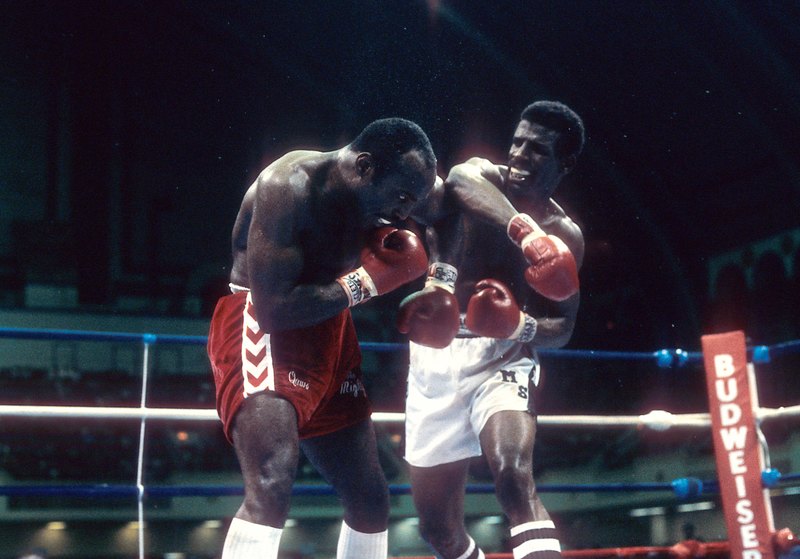 Spinks (right) on the attack against Dwight Muhammad Qawi. Photo from The Ring archive

Today, Spinks, 59, is no longer connected to boxing but is enjoying the fruits of his labor.

“I do pretty much what I want,” said Spinks, who entered the International Boxing Hall of Fame in 1994. “That’s what I worked for, so whenever I did retire I wanted to have enough money to do exactly what I want. I’m raising children. I have three children so I’m trying to be the best father I can with them and I’m having a good time.”

Spinks agreed to speak about the best fighters he fought in 10 categories.

FASTEST HANDS
Mike Tyson: He had good hand speed. That was one of his biggest assets. He had power and hand speed and that was hard to beat.

FASTEST FEET
Tyson: He knew how to get in real fast. That was one of his strengths too. He’d slide up on you real quick and get in the punches.

BEST CHIN
Luis Rodriguez: I fought him in my second pro fight, in St. Louis, and I hit him with everything and he kept hitting me back (laughs) and I was like, “Damn! Am I hitting hard enough?”

STRONGEST
Tyson: He was very strong. I don’t know what made him so strong.

BEST JAB
Holmes: Nobody outjabbed me. I knew just how to put the right pepper on it, to make it real fast and bring it right back. So I think I had the best jab of all the guys I fought. Larry Holmes had a good jab but he didn’t land it. He didn’t use it on me. My jab was working on him more than his jab on me and I won, two times.

BEST DEFENSE
Dwight Muhammad Qawi: Maybe Dwight. He was so close to the ground (at 5 feet 5 inches). When he bobbed and weaved, it was kind of hard to hit him. I attacked his body, shoulder, chest.

BEST OVERALL
Tyson: Well, Larry Holmes was undefeated. Tyson had to be the best because he beat Larry Holmes and me.