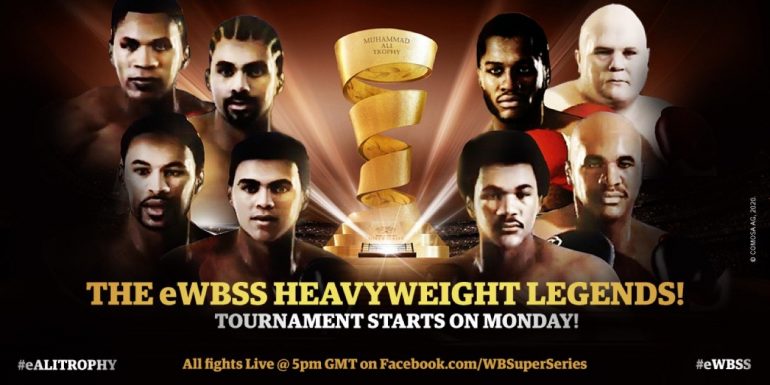 With boxing – like the rest of the sporting world – currently engaged in almost total lockdown due to the Covid-19 pandemic, the World Boxing Super Series has alighted on an enterprising way of keeping ‘socially distanced’ fans engaged in the sport through its eWBSS tournaments, which have pitched boxers from different eras against each other in a series of eight-man tournaments which utilize the WBSS-style knockout format.

“The idea came from our social media team – Matt Rich, Jordan Pollock and Peter Banke,” WBSS chief boxing officer Kalle Sauerland explains to RingTV.com “The three of them put it together and they did it at a time when they can’t see each other, of course, which I think is quite incredible.

“It just shows that things can work and be put together even at a time like this – operations can still function. And it’s been quite a lot of work I can tell you that.” 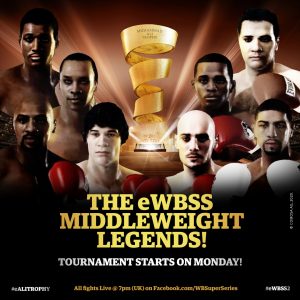 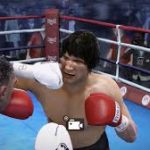 The match-ups have been live streamed on the WBSS Facebook page and, despite some inevitably controversial outcomes (Ronald ‘Winky’ Wright defeating Carlos Monzon was something of a head scratcher), have certainly helped enliven the long days of self-isolation that boxing fans and the general populace of virtually every nation worldwide are facing right now.

Sauerland admits he is delighted with how the eWBSS has been received. “It’s been a tremendous success in terms of numbers. It’s brought us some massive numbers and we’ve had a couple of great seasons.

“The most important thing is that it’s an amusing tool for people at this time when everyone is frustrated with no live sport and no going out. It’s also great to see other people and platforms also doing things as well to amuse the world.

“We’ve got to remember that everyone is stuck indoors and it’s very limited what we can do. How many reruns of old fights can you watch? If watching those endlessly doesn’t kill you then your missus [wife] will!”

Reaction from some of the boxers ‘involved’ has also been positive according to Sauerland.

“We’ve had some good feedback from the fighters. They like it. David Haye got on to me. He liked it although he wasn’t happy he lost against Gorgeous George [Foreman]. He had George down in that fight, though, so I think he’ll take that! Lennox [Lewis] was calling for a rematch [against Joe Frazier].

“These tournaments are like remixes of old classics. And if they help to keep people’s minds occupied and help keep them indoors then it can only be good.”

The WBSS have confirmed to RingTV.com that further eWBSS tournaments are in the works. 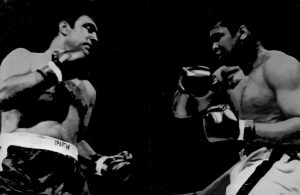 Rocky Marciano (left) and Muhammad Ali (right) never met for real, but both were part of the true heavyweight championship lineage. Photo by THE RING Archive

Meanwhile, Peter Banke of the WBSS also admitted that “a part of the inspiration” for the eWBSS concept was the 1970 ‘Super Fight’ between Rocky Marciano and Muhammad Ali, a ‘fantasy fight’ that utilized footage of the two heavyweight greats filmed during special sparring sessions.

The Ali-Marciano contest was brokered by radio producer Murray Woroner as a way of settling a lawsuit filed by Ali for defamation of character after he was outraged by his ‘loss’ against James J. Jeffries in a 1967 radio ‘fantasy fights’ tournament that Woroner had overseen.

Marciano ‘won’ the original radio tournament by defeating Jack Dempsey in the final. Meanwhile, the Ali vs Marciano bout had a different outcome depending on where you watched the fight – viewers in the United States and Canada saw Marciano prevail, while Ali was the victor in Europe.