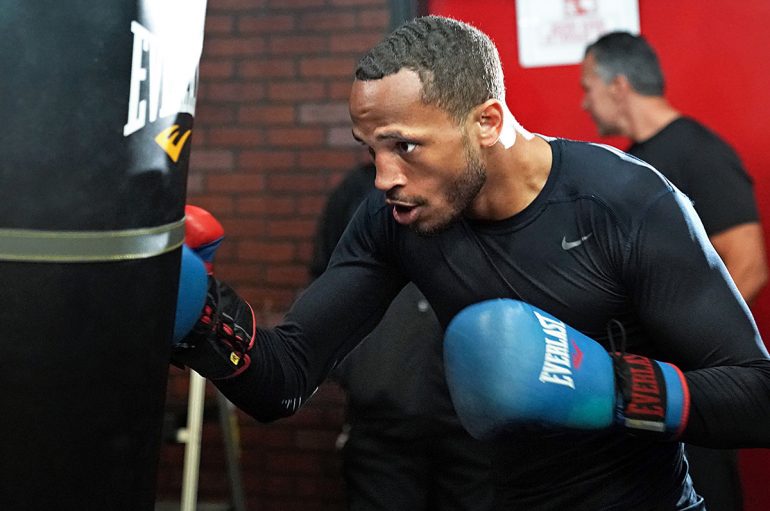 While many people today are questioning their career path in the wake of the coronavirus pandemic, Rob Brant is looking forward to the future.

The middleweight was training in Colorado Springs to face former 168-pound title challenger Habib Ahmed on Jan. 11 when he tore his biceps. The fight was slated to be the chief support bout on a Top Rank card headlined by light heavyweights Joe Smith Jr. and Jesse Hart.

Since the injury, Brant has spent much of his time resting but has also varied between cardio and light workouts on the heavy bag. Beginning next week, the 29-year-old told The Ring that recovery mode will be switched off in exchange for beast mode.

“I’ll be ready to punch fully with force and everything starting Apr. 1,” Brant told The Ring. “I got a workout set up at my house, so I still get a chance to work out quite a bit.”

Despite withdrawing from the Ahmed bout, Brant said that there were still plans for him to return to the ring prior to the COVID-19 outbreak causing the cancellations and postponements of many events.

“We were setting up to fight around late June or early July,” he added. “But we were still waiting for full medical clearance. Obviously, it’s going to be pushed further now, but it won’t be pushed much for me.”

Brant (25-2, 17 knockouts), 29, of Dallas, Texas, scored the biggest win of his career in October 2018, when he upset Japan’s Ryota Murata at Park Theater in Las Vegas in a 12-round unanimous decision. He returned to the ring four months later, finishing Khasan Baysangurov in the 11th round. But in a rematch against Murata last July in Japan, Brant was stopped inside two rounds.

Revenge is on Brant’s mind.

“The trilogy is 100 percent what I’m after,” he quickly responded. “I want that.

“I have a clause in my contract for another fight, so we’ll see what happens.”

Brant also touched upon the coronavirus pandemic, which has led to personal friends of his losing their jobs in the oil and gas industry.

“It’s a scary time,” he said. “No one wants to get sick, and your loved ones might be compromised or might be a little older. Everything is on a standstill.”

Despite the uncertainly that surrounds much of the sports world, Brant is looking ahead.

In October 2017, desperate for a big fight, Brant moved up to 168-pounds to face Juergen Braehmer in a World Boxing Super Series bout. The German easily outpointed Brant, who told The Ring that he would likely never move up in weight again.

“I’m not a really big guy,” Brant said. “I’d consider moving down to 154 before moving up in weight again.”