Bernard Hopkins: “America is too strong to let something like this virus bring us down” 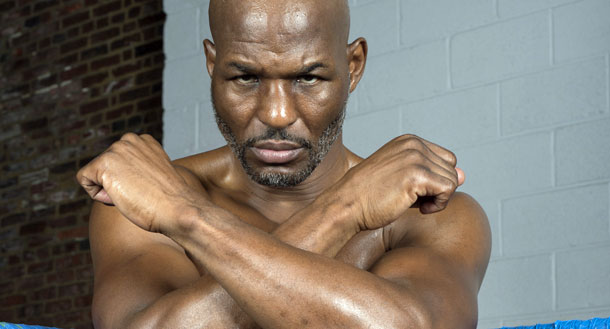 Bernard Hopkins has lived through ghost towns before. The Hall of Famer has walked through desolate streets in major American cities before. But this new worldwide threat is different. It’s dangerous. It’s terrifying for one of the biggest dreads a fighter faces in the ring—it’s the punch you don’t see coming.

Almost two decades ago, Hopkins was at the epicenter of one the world’s largest disasters, when 9-11 struck, disrupting the lives of every normal American. It resonates today. It will always resonate. Everyone in Manhattan 19 years ago on Tuesday, September 11, 2001, was trying to get out the day terrorist attacks on New York claimed the lives of 2,996 people, including the 19 hijackers. If the planes had struck New York’s World Trade Center an hour later, the list of casualties may have included Hopkins, who was about to leave for a scheduled media workout on Wall Street at 10 that morning.

The COVID-19 attack hits far closer to home, because it involves every home.

Now, everyone is staying in.

“This is the time to have conversations with loved ones and re-evaluate your good deeds and evil deeds, and think about your life,” said Hopkins, who remembered the time he was in New York training to fight Felix Trinidad on Saturday, September 15, for the unified world middleweight championship at Madison Square Garden. “The bottom line is caring about the things that are genuinely important to you. You have to look around and see what’s important. What’s important to me isn’t boxing. What’s important to me are people out there who are losing their jobs over this.

“It isn’t the time to talk about the fight we want to see and don’t want to see. What’s important is life. L-I-F-E. If you don’t have life, you don’t have boxing, and fighters, and fans who watch these fights, and the promoters and managers, who put together these fights. Without life, L-I-F-E, we have don’t have any of that. I call people and ask them, ‘Are you alright brother?’ I call people and I’ll ask about their dog.

“History always repeats itself. This thing is man-made. We’re being attacked again. I believe the virus was created by men, those mad scientists that you see in science-fiction movies concocting s—, with smoke coming out of test tubes. We have to come together again—like we did during 9-11. America is strong, too strong to let something like this virus bring us down.”

Hopkins admitted that he has a tough time staying at his home in Delaware. He also admits that it’s given him more quality time with his family, or catch up with family and friends he has not spoken to in a while. He’s been in constant touch with Oscar De La Hoya and Eric Gomez, fellow officers with Hopkins at Golden Boy Promotions.

Hopkins is scheduled to be inducted into the International Boxing Hall of Fame on Sunday, June 14, in Canastota, New York. Right now, IBHOF weekend (June 11-14) is still on.

“The worst enemy is the one you don’t see,” Hopkins said. “I want to go to the Hall of Fame. I love meeting people and shaking their hands and hugging them, but with all of this going on, I don’t know. I have no problem is they postpone the Hall of Fame. People’s health is more important than anything else, and I know I’ll be going into that small town with a lot of people from all over the world there, and there is a lot of touching going on.

“I won’t jeopardize my family and friends by doing that. You have a lot of ignorance out there already with these kids running around during Spring Break in Miami. They think they know everything.

“This country has been through a lot. We can’t waste any time. There is craziness going on out here. I’m not good at golf, and I’m trying to learn. After this over, I’m going to work on getting better. We can’t waste the time we have—and we all have to learn from this very valuable lesson. We can’t take for granted the things that right in front of us. Maybe this pandemic will make us all realize never to take the things for granted we love in front of us every day.

“I’m a survivor. The human race, as messed up as we all are, is the most resilient of God’s creatures. This will pass. We need to think about the little people. That’s who I’m worried about. I’m still trying to figure what the hell toilet paper has to do with surviving.”